Long before internet and cable TV, radio provided a great deal of entertainment 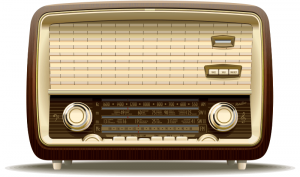 My 17-year-old granddaughter asked me recently what I did as a kid. Aside from the shock of getting such a question, the first of its kind ever from any of my nine grandchildren, it prompted me to delve into my memory bank.

After an hour of anecdotes, I realized that there was a recurring theme: Many of my most pleasant and most cherished recollections and experiences involved imagination and creativity.

After sharing these with my granddaughter and finding that she was strangely fascinated by the disclosures, I thought a more contemporary audience which reads this magazine might identify with some of my boyhood exploits to compare my experiences with theirs.

Long before there was social media or the pervasiveness of 700 channels on television, there was radio, my boyhood entertainment medium. The radio of my youth died young. This show business giant should have been at the peak of its creativity, yet, at only 30 years of age, the golden age of radio was already ending.

Any American born before or during World War II, as I was, remembers how great radio used to be — before the all-music niche formats, the endless talk by political commentators or by sports commentators taking call-in views from listeners.

We grew up with Jack Armstrong, the Lone Ranger, the Shadow, Superman, Gangbusters and Uncle Don.

My friends and I would have Shadow contests to see which of us came closest to emulating the opening of the show, “Who knows what evil lurks in the hearts of men? The Shadow knows. Heh-heh-heh-heh-heh-heh.” I could always imitate the ominous laugh better than my competing classmates.

We also had Superman contests, too, where we would parrot the announcer’s dramatic opening, “Kellogg’s Pep! The super delicious cereal presents The Adventures of Superman. Faster than a speeding bullet (pook-a-poo-coo), more powerful than a locomotive (choo-choo-choo–choo, choo-choo-choo-choo), able to leap tall buildings at a single bound (whoooossssshhhh). Look! Up in the Sky. It’s a bird, it’s a plane, it’s Superman!”

When we were kids, we talked incessantly about radio — not only about the programs, but also about the premiums being offered. With just a few cereal boxtops, we could have the Little Orphan Annie decoder ring, so we could unlock the message at the end of each program.

I would drink gallons of Ovaltine so I could accumulate three inner seals of the drink to send away for the Captain Midnight Secret Squadron decoder badge. By the way, I drank my Ovaltine from a Roy Rogers mug which was shaped in the King of the Cowboys’ likeness.

My best friend loved Gene Autry, so our arguments over who was better — his Gene or my Roy — were endless.

No one could suggest that Buck Rogers’ girlfriend, Wilma Deering, wore a spacesuit that fit too snugly for a boy my age to look at.

Unlike television, where images are right in front of your eyes, radio allowed you to create your own coloring for heroes and villains. It all had to do with imagination.

I didn’t realize it, but imagination helped forge my career. When I was in my pre-teen years, I harbored the idea of becoming a priest. I would gather several neighborhood kids at my home and conduct Mass, complete with a homily (sermon) and distribution of communion hosts made from squashed pieces of bread. I gave up the priesthood idea pretty quickly when I realized that celibacy was involved.

When I was around 10 years old, I thought I might be interested in communications. I started a neighborhood newspaper that featured goings-on in a several blocks area near my home — some juicy gossip (which occasionally got me into trouble) and other information. I charged a nickle a copy and probably sold about 50 copies each week.

I also wrote weekly original serial episodes involving my classmates with each having a cliffhanger ending.

Three of my best friends and I participated in a baseball league involving dice and Topp’s players cards. We played a full 154-game Major League schedule, rotating games at each of our four homes.

Each of us had a team made up of players represented by the Topp’s cards. Each roll of the dice represented an at bat. If one and one, five and five, six and six or one and two or two and one came up, it was a single; two and two was a double; three and three, a triple; four and four, a home run, and six and five or five and six were walks. Every other combination was an out.

We kept statistics, mostly batting averages and pitching records. We also announced our own turn at bat. For example, I was the Yankees, so I would say something like, “Phil Rizzuto, crafty Yankees shortstop, starts off the top of the fourth.” I would roll the dice. Let’s say five and five came up. “Rizzuto slashes a single to left and is on with the game’s first hit,” I might say.

As a teenager, I became a big fan of a well-known Philadelphia disc jockey, Joe Niagara. I practiced coming up with cool “platter chatter” as I tape recorded my own original radio programs. “And now, all the way from Canada, here are Santo and Johnny with the hauntingly beautiful `Sleep Walk.’”

My parents had a grocery store, and I persuaded my dad to allow me to record a two-hour disc jockey, Top-40 program each day on my reel-to-reel Wollensak tape recorder, then play the recordings as background for customers who came into the store. I called the program “The Bruce Niagara Show.”

This led to a part-time job at the local drive-in theater where I would be the disc jockey for the half-hour before the first show and at intermission.

In 1960, during my junior year of college, I became a part-time weekend DJ at WVPO (Voice of the Poconos) in Stroudsburg, Pa., a 250-watt AM daytime-only station. Three years later, I became the station’s news, program and sports director.

I was on my way to a career in communications.