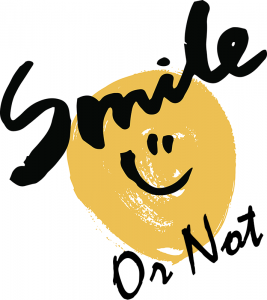 I don’t smile at older men anymore. Why? Now that I’m older too, it looks like I’m flirting and not just being friendly.

After my dad got sick, I used to make a special point of smiling at older men who seemed like they could use a bit of cheering up. Of course then I was in my 40s and 50s and what I considered older men were in the range of 70 to 90 years of age.

Now that I’ve gotten older, within the dating age range of these older men, I realized my friendly behavior could be seen as flirting as opposed to just being friendly.

Let me explain the smiling thing. I grew up in a small town where it felt like everyone knew each other and we would smile and say hello as we passed on the street. The expression “you can take the girl out of the country, but you can’t take the country out of the girl” applies to me. Smiling and saying hello to everyone I meet is a habit that followed me to college, into adulthood and all the way to my many years in Upstate New York.

And it doesn’t help to say, “don’t take my behavior the wrong way, I’m from Port Jervis and we just smile a lot,” because then, in addition to looking like I’m out to pick up men, I would sound like a crazy old woman out to pick up men.

Then there are older men I know casually. I still smile at them.

So that leaves the next category, the men I don’t know that I would have smiled at in the past but don’t anymore. And that is the problem area because despite my new resolution, there have been occasional lapses such as lonely looking men passing through Wegmans, or those at the doctor’s office who look worried, or if they’re sitting around the mall waiting for their wives to finish shopping and look sad or … OK, so I guess I still do smile at older men but the thing is, I know I shouldn’t and I’m planning on stopping soon.

Here are some options that are presently under consideration to help cut down on the smiling thing. Option A: Shopping at night when no one’s around so I can’t smile by accident. Option B: Hanging around the bus station where I could practice not smiling at strangers. Option C: Eating a lot of spinach before I go out that would stick to my teeth and make me think twice about smiling.

Any other options are welcome.