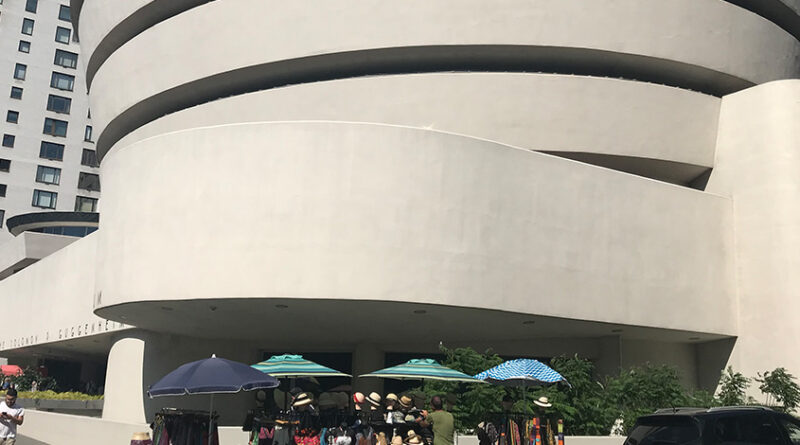 Any time is a good time to visit art museums, especially when days at the beach are no longer likely.

There are many art museums within an easy drive from Central New York. Many of the museums have online videos one can watch for free. Before heading out to visit a museum, check to see when they are open. Some have days when the entrance is free of charge. Many art museums offer classes and tours, some of which are especially designed for the younger set.

1. Metropolitan Museum of Modern Art
The Metropolitan Museum of Art of New York City — fondly called “the Met” — is the largest art museum in the United States. The museum is home to some of the world’s most famous paintings, including Van Gogh’s “Self Portrait,” Emanuel Leutze’s “Washington Crossing the Delaware,” and Claude Monet’s “The Lily Pond.” The museum also has an extensive collection of musical instruments and antique weapons from around the world. The Met Cloister in Fort Tryon Park is also part of the Met. It specializes in European medieval art. NYS residents can pay what they want.

2. The Museum of Modern Art
The Museum of Modern Art is often referred to as “MoMa.” Originally it was founded as a place for exhibits illustrating the constantly changing examples of modern art. It now has one of the most comprehensive collections of modern art along with artist’s books and an extensive file on more than 90,000 artists. Among the collection are Salvador Dali’s “The Persistence of Memory,” Frida Kahlo’s “Self-Portrait with Cropped Hair,” and Henri Matisse’s “The Piano Lesson.”

3. The Guggenheim
The Guggenheim eye-catching building designed by Frank Lloyd Wright is impossible to miss. The spiral design was described by some as a washing machine and by another critic as a hot cross bun. But today people from all over the world come to NYC to the Guggenheim. The spiral ramp inside has the museum’s collection displayed along the ramp as it coils to the museum’s glass ceiling. It is on the UNESCO heritage of architecture. It is the place to see Van Gogh’s “Landscape with Snow” and Vasily Kandinsky’s “Composition 8.”

4. Hudson River Art School
Thomas Cole was born in England and moved to the United States with his family. He was entranced with the majesty of the scenery here, especially the mountains, forest, rivers and valleys of the Hudson River Valley area. He was an early environmentalist and the founder of the first major art movement in the U.S.: the Hudson River School Landscape Painting. At the Thomas Cole National Historical Site in Catskill visitors can tour his workshop and home. The Hudson River School Art Trail allows people to visit the places that inspired Cole and other romantic painters of that era including Frederic Church and Sanford Gifford.

5. Fenimore Art Museum
The Fenimore Art Museum in Cooperstown is located on land once owned by American author James Fenimore Cooper in a house that was built by Edward Severin Clark, the heir to the Singer Sewing Machine company. The artwork illustrates life in early America and a folk art collection that shows the work of self-taught Americans: painters, quilters, ship carvers and people from all walks of life. Of special interest is the museum’s American Indian Art collection. The museum often hosts a Native American event with music, storytelling, and re-enactors.

6. The Everson Museum of Art
The Everson, located in Syracuse, is housed in a building designed by I. M. Pei which makes it a sculptural artwork of its own. It is one of the first museums to create a permanent collection of ceramics and currently has one of the America’s largest holdings of American ceramics. Paintings of special interest are one of Edward Hick’s “Peaceable Kingdom” paintings and one of Gilbert Stuart’s portraits of George Washington.

7. Albright-Knox Art Gallery
This Buffalo museum is currently undertaking a massive development project that will be integrated with Delaware Park designed by Frederick Olmstead. It will double the display area and have a dedicated place for special exhibits along with space for education, dining and social activities. It is scheduled to open in 2022. Its collection includes works by Gauguin and Matisse.

8. Herbert F. Johnson Museum Art
The museum is located on the Cornell University campus in Ithaca. The building was designed by I. M. Pei with an extension from the fifth floor over the out-door sculpture garden. It was designed so as not to block the view of Cayuga Lake and offers a panoramic view of the area. The permanent collection of 40,000 spans six thousand years and is culturally diverse. They are especially proud of their Asian collection and the two Tiffany windows from the Darin Martin House. Admission is free.

9. Fredric Remington Art Museum
Fredric Remington is best known for his sculptures — notably the “The Bronco Buster” and “The Cheyenne” — but his paintings are some of the best examples of life in the Old West during the late 1800s. Remington made 16 trips west during which time he made sketches depicting the life of the cowboys and American Indians. The paintings, in a variety of media, are some of the examples of everyday life in the early West. The museum is located in Ogdensburg.

10. Rockwell Museum
The museum in Corning was described by the travel guide Frommer’s as “one of the best-designed small museums in the Northeast.” It is housed in the historic Old City Hall. The museum is an affiliate of the Smithsonian and should not be confused with the works of Norman Rockwell. The collection is a mix of American paintings, historic bronzes, Native American objects, and photography.

Featured image: It’s impossible to miss the “inverted ziggurat” rotunda design of the Guggenheim museum in Manhattan, conceived by architect Frank Lloyd Wright. In the 87 years since it’s opening, it has amassed an extensive collection of Impressionist, Post-Impressionist, early Modern and contemporary art.