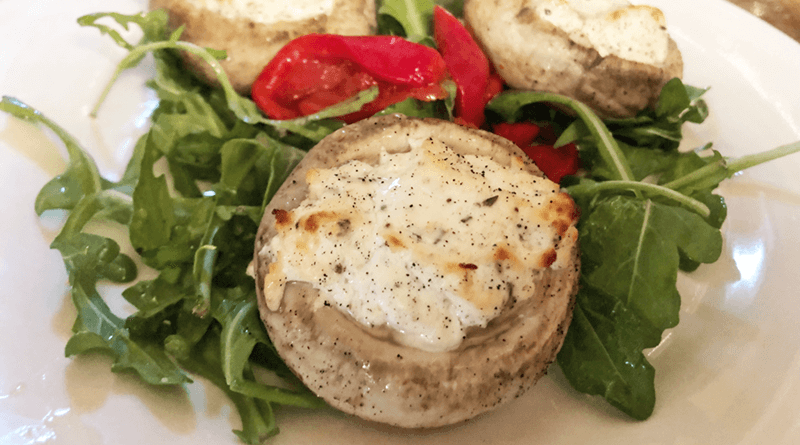 The village of Cazenovia has an array of options for the food-focused. There are a few cafes and bakeshops. A few pizza joints. A winery, cidery, and brewery — oh, my! But the only one distinctive Italian restaurant that comes to mind is B.G. Buda’s Cucina Italiana at 88 Albany St.

Being a part of a strip of shops along the main stretch, the restaurant blends in very well.

Normally Italian restaurants in Central New York are like rabbits — they populate like mad. Buda’s, luckily, sits cozily by itself and has for the last six years.

It opened in 2013. The smaller restaurant, which is very clean, is decorated as particularly and minimally to reflect its seating. It’s definitely in a patron’s best interest to reserve a table rather than gamble with dropping in.

The four of us were treated to complimentary bread and oil. After we polished off the first loaf, we were presented with a second for no additional charge. The bread was aromatic and hot — fresh out of the oven.

Not sure why, but the saltiness of the oil really stood out for me and seemed to coagulate toward the end. It tasted fine, but the aesthetic was interesting.

The garlic pizza was also salty to me. The olive oil must have been messing with my palate. Thanks for bottomless glasses of water.

The garlic pizza, aglio al forno, was larger than expected; American-sized rather than its Italian woodfire cousin. With a lovely amount of flavor, this is a garlic fan’s go-to pie. The $15 pizza was only $10; Thursday nights at Buda’s are pizza nights. Wednesday nights are pasta nights. Sundays are all-you-can-eat spaghetti and meatballs.

The body of pizza was super thin and crispy, but not burned, and the semi-bulbous crust was airy. The golden-brown bottom was surprisingly firm and consistent. No drooping whatsoever. This take on thin crust style was a first for me, and I enjoyed it; however, I don’t think I’d run back for it. As leftovers, the pizza was just as good the day after.

Jumping back, the appetizer special ($13) got our attention. Three goat cheese-stuffed mushroom caps sat on a bed of arugula and roasted red peppers. The mushrooms were cooked very well and cut very easily with knives or teeth. The cheese, which was speckled with pepper and singed, was very flavorful. With a couple leaves of arugula and a strip of roasted red — unanimous among us, its one of my Top 10 favorite appetizers.

A meatball was ordered to share. One clearly hand-packed meatball ($3) was just smaller than a baseball. The homemade Italian staple decorated with parmesan cheese was a pleaser, but it was a little small for the price tag.

Cue the pasta dishes! Our server, Zach, brought our half order of eggplant parmesan ($11), half order of penne vodka ($11), full chicken riggies ($17), and a full pasta special — the carne spaghetti was topped with marinara sauce and loaded with sausage, pepperoni, and chicken ($21). It was great that the option to order half portions were listed on the menu.

The portion sizes were on the smaller side. Full portions weren’t bountiful in comparison to the half portions. However, it’s wonderful not feeling too full. The pasta itself wasn’t homemade, perhaps the spaghetti was, but the rest of the options, especially focusing on the sauce, was fresh.

In ascending order with spiciness: eggplant, a tie between the riggies and penne, and the pasta special. Yet the spiciness wasn’t overpowering. There was a lot of flavor, and this is thanks, in part, to the sauces. All of the gravies were so delicious. I really loved the marinara with the eggplant — a deep red color, rich in flavor. The vodka sauce was a very close second.

As much as we ate, we somehow saved room for dessert. The cannoli ($6.50) featured a silky filling and tipped with chocolate, plus a cinnamon accent. The fried pastry tube was crisp and delightful. Two thumbs up.

The bill came to $108.54 before a well-deserved tip. For the amount of food, I’m actually surprised the bill wasn’t steeper. Aside a low-key, conversation-encouraging atmosphere, a special thanks goes to Zach, who took care of us incredibly well, never using a notepad to remember orders and his customer service was prompt and genuine.