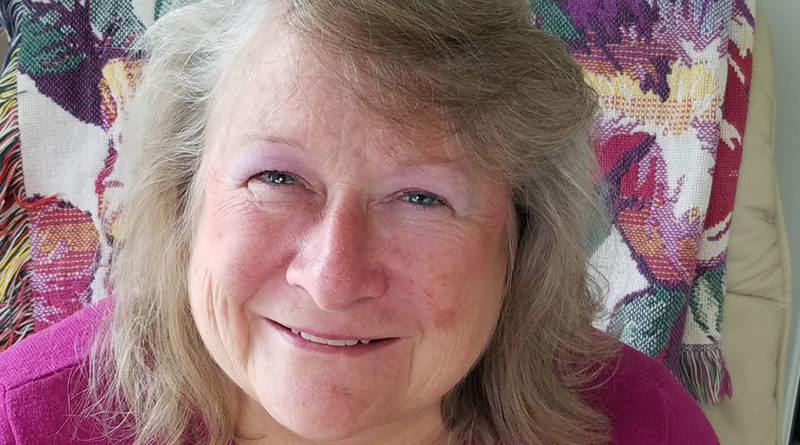 Many people would never guess Barbara Raymond-LaPrease, 62, is a woodworker. In fact, the Baldwinsville resident serves as secretary for the Woodworkers of Central New York, Inc. For the past 20 years, Raymond-LaPrease has enjoyed woodworking, a hobby that stemmed from her childhood habit of watching her father use woodworking equipment and eventually learning the basics of using tools like hammers and screwdrivers. She and her husband, Charlie LaPrease, have four scroll saws between them. Raymond-LaPrease was a librarian by training at SUNY Geneseo and part of the first group of students to take a minor in computer science at the school. She also earned a master’s degree in Library Science from Syracuse University. She began working at National Grid, then called Niagara Mohawk, and helped bring the internet to company in 1992.  She retired as a systems analyst after working there for 31 years.

Q. When did you retire?

Q. How did you get into woodworking?

A. I thought I would paint wooden items, like toys and boxes with carvings on them. Eventually, I began using my husband’s scroll saw to make the objects themselves. It’s one of those things you grow into over time that becomes something enjoyable. A lot of women do woodworking, but it’s hidden away.

Q. What is your current project?

A. A toy truck for my great nephew.

Q. What do people think about you working with wood as a woman?

A. The women are sometimes a little more creative than the men with the way they enhance things and do things differently. They have a different standpoint than the men. There are men that are very creative, but sometimes, they make just square boxes and women tend to be more creative. I also like to embroider, sew and make beadwork necklaces and other beadwork projects, but it’s the woodworking that seems to draw notice. To see a woman using it, yes, it’s odd.

Q. Where is your work displayed and where do you and the woodworkers exhibit your skills?

A. Mainly at fairs and events like the New York Farm Show. I like using my 1877 scroll saw. People stop and see it because they’re used to seeing men in those positions. People tend to stop and talk with you more. If I were knitting, it wouldn’t attract people. It’s about reversed roles. I enjoy it. I run the exhibits. I also know embroidery and you learn skills about being exact while doing that. Women see woodworking and say they couldn’t do it, but if they can sew, they can do this. If I sit them down at some equipment and they try it, they say, ‘This is easy.’

Q. How many people are in the Woodworkers of Central New York?

Q. What are your goals with the organization?

A. I want to bring more people into woodworking and to introduce it to young people who may have never used tools. Although COVID-19 has shelved the organization’s events, they’re still trying to connect through remote meetings using Zoom and other means.

Q. Do you do any other volunteer work?