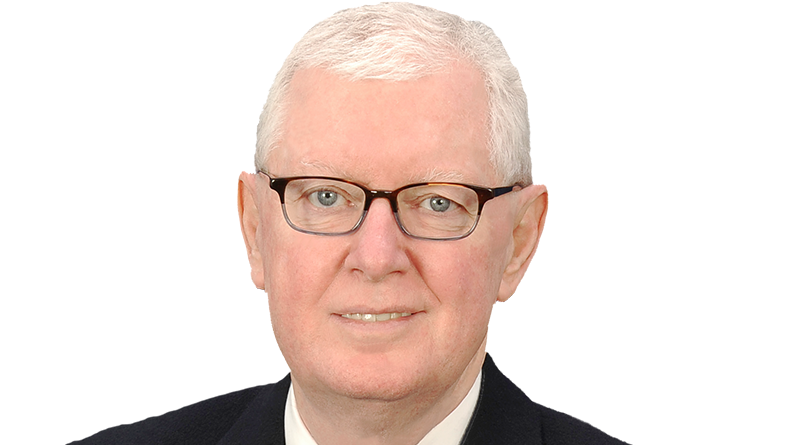 One of the founders of The Hunger Project, Gooley will be honored as co-grand marshal of the 2018 St. Patrick’s Parade in Syracuse

Q: What does it mean for you, being of Irish stock and a Tipperary Hill native, to be co-grand marshal of the 2018 St. Patrick’s Parade with Ed Riley, who restored the iconic Hotel Syracuse into the Marriott Syracuse Downtown?

A: It’s very exciting to carry on with Ed. The Hotel Syracuse project’s been around for about 15 years. It took someone like Ed and his talents to unlock it. I couldn’t be more thrilled to be sharing the honor with him

Q: You are being honored as co-grand marshal in large part because of your work with The St. Patrick Hunger Project. Can you explain what that initiative is?

A: The Hunger Project started with a conversation with [long-time friends] Richie Walsh and John Young, and part of it goes back to our roots, our families in Ireland and the Famine, where a million men, women and children died of starvation. Richie and I were talking about the emphasis on our parade, and there’s a small group of people every year that kind of mar it with the drinking activities. There should be some way to tie in a food drive. We presented the idea to the St. Patrick’s Parade Committee. And they got behind it very quickly.

Q: How does The St. Patrick Hunger Project work?

A: The way it was originally designed was that the donated food would go to the Interreligious Food Consortium. We felt they were better equipped to distribute the food to the food pantries. They have the pulse of all the food pantries. They know what food pantries, at any particular time, need a lift with some extra food. The monetary donations are directed to the Food Bank of Central New York. They have the warehouse capacity to buy very large quantities of food. What they would do is they see which pantries could use a bigger donation. For every dollar that was donated, you were getting about $2 worth of food that was directed to each food pantry. Between both — the Food Bank and the Interreligious Council, I think it’s been a very good step.

A: It seems to grow a little bit every year. It was created from whole cloth. We started with certain ideas and adjusted them. There are 30 food pantries in Onondaga County, and they all have to raise their own money and food individually.  When you talk with Michele Jordan of the Interreligious Food Consortium, she’ll tell you that after Christmas, everybody thinks there’s no more need for feeding the hungry. But now it’s one of the biggest times of the year to get food to people, so it seems The Project is in a good spot for helping the food pantries.

Q: How much food and/or money has The Project taken in?

A: I think the better way to look at it — I’m told by the end of this year’s campaign, it will have provided about 500,000 meals. That’s really the more important issue is how many meals not pounds of food.

Q: In announcing you as a co-grand marshal, the St. Patrick’s Parade Committee cited your extensive volunteer work in the community. What motivates you to stay so involved?

A: Well, I have a lot of friends who have been involved, and I got involved with them. Over time, you can say to yourself, “We can sit down and watch TV for a few hours each week, or I can lend a hand on a project.” At the end, when you’re all done, you feel like you made a difference.