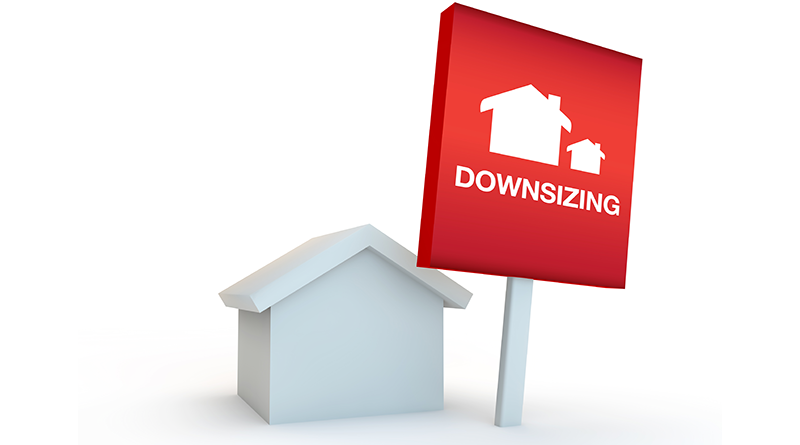 Some time ago I wrote in 55 PLUS magazine about embracing the idea of moving out of the big old house and moving into a 55-plus apartment community. One of the challenges with this sort of effort is the amount of things you have accumulated over the years.

Moving from a house into an apartment isn’t just a simple move of furniture but also an exercise in dealing with a lifetime accumulation of “stuff.” Note that I didn’t say junk! Yes, yes, I know there are important things in your stuff. There are some things of great financial value, other artifacts of remembrance and emotional value and, of course, a quantity of junk.

In preparation for our household move, we figured out that we had way too much furniture. So we drew out a floor plan of the new apartment and made scale size paper furniture cutouts. Then we spent a day over sandwiches and tea arranging and rearranging potential proposed layouts. Some layouts worked, others failed miserably. In the end we had to make hard emotional decisions about what furniture we really wanted and what really worked in the size of the apartment.

Before you suggest, “well, you can sell the excess furniture online someplace,” please take into account the amount of effort that takes. We were in a time crunch. We decided to be charitable; we let a few close friends have the pick of the lot before we donated most of our excess furniture to charities like Goodwill.

The next challenge was all the accumulated smaller stuff both in the house as well as “out of sight and mind” in offsite stowage. I decided to start by visiting my nearby storage unit. Truth be told, I’d been dragging around stuff and storing it for up to 25 years. This was a time of reckoning, it was high time to enter that storage unit like it was an ancient tomb and dig into is long forgotten secrets.

I began with 12 boxes of emotional landmines, each that had to be carefully examined. Care had to be taken to not allow the emotional tentacles to yet entrap my heart once more before I tossed many items into a heavy duty trash bags. In the end, I managed to purge a huge amount of material. One box remained of most favored mementos that I truly wanted to keep. I had filled nine trash bags. I dragged those “emotional landmines” of previous marriages kicking and screaming to the dumpster.

The storage unit purge exercise freed critically needed room in order to stage household stuff for later evaluation, saving and some eventual purging. The approach we used with the apartment was to take over only things of a utility nature to the new apartment. Then only things are really were attached to. Yes there were emotional sobbing events about some items. Both of us found both joy and sorrow as we went through “stuff.” In one room I used to an office, eight garbage bags came out and only four banker’s boxes of stuff for stowage at the storage unit.

If there was a lesson to be learned in all of this effort, it was, “you don’t own things, they own you with emotional attachments that must be reckoned with sooner or later.”