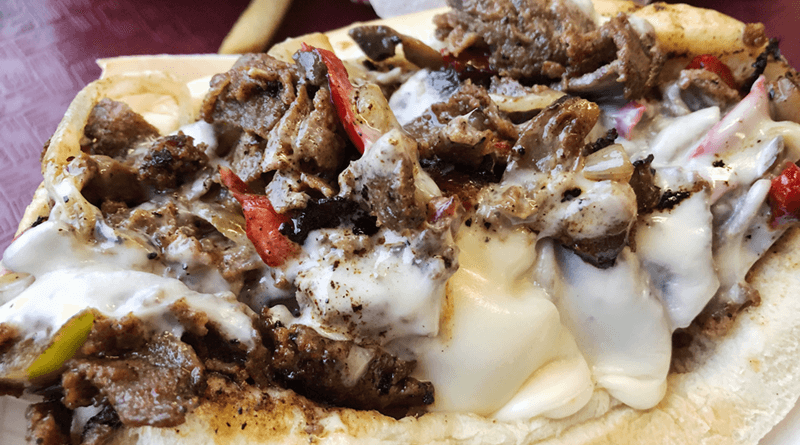 Time to splurge and enjoy hot dogs, fries, mac and cheese and more at this traditional eatery

How does a person go about writing a restaurant review for a place like Heid’s of Liverpool and eliminate all bias?

The house of Hofmann hot dogs and more is a Central New York staple at 305 Oswego St. in Liverpool. The establishment was opened in 1917, but the Heid’s name has been locally prominent since the late 1800s.

I asked myself the above question a few times as I sat at the one of the many red tabletop booths in the dining area one cloudy, rainy, cool spring evening.

Bits of nostalgia always creep through with each bite of food — food that rests in paper dishes atop those vibrant red dining trays. The memories are as apparent as the wooden panels along the bottom half of the walls.

As crass as it sounds — if you grew up in Central New York, your personal coming of age story is incomplete without a trip to Heid’s. It’s true, even if you’re a vegan now.

For two people, it’s amazing that you can spend less at Heid’s than you can at the cinema. Although going to see a film is one of the best outings as a kid — especially at the former Kallet Genessee in Westvale Plaza — family dining out is a whole bonding experience.

Heid’s of Liverpool does not serve up a gourmet meal. To general society and the food pyramid, hot dogs and fried food are not only omitted from the latest dieting trends — they’re technically junk food.

The fries fall in between crispy and flimsy, but they’re oh-so good, and serving size is appropriate for the cost. They didn’t come loaded with salt, which is great for those who add salt for preferred taste. The onion rings were very crispy. Although the $5 price tag seemed a little high for the amount provided, the quality of each onion ring was great. The batter had a subtle beery taste to it. The onion wasn’t rubbery and never slid out like a gross worm.

The mac and cheese dish was something I’ve never had before. I also probably won’t get it again. As is, the flavor and simplicity of elbow noodles and cheese (with a little pepper) hits the bullseye. However, these noodles were overcooked and mushy.

The Philly cheese steak sounded appetizing for some reason and it certainly impressed.

One of awesome things about Heid’s is being able to see the food being cooked up. The meat that was presented for the cheese steak sandwich wasn’t pulled from a fridge and reheated nor was basking under a red-light heater. The steak was thrown on the grill with peppers, onions and mushrooms. It was topped with American cheese, which isn’t my top choice for cheese — but it works.

Similar to the Hofmann food offerings, the Philly cheese steak was served in a New England style roll. It was as superfluously filled as it boasted flavor.

Finally, there’s the Heid’s mixed double. The signature offering is a Hofmann frank and one coney cozying up together in the New England roll. The beef frank and the snappy griller make a beautiful pair. Both were grilled to perfection with browned grill marks.

I put the spicy brown mustard and ketchup on my dogs even though a stranger scoffed and laughed at me years ago, when I was a child, for wanting more red condiment. It was a post-sledding trip with my uncle and brother. It was a cold day for me.

Even after enjoying a Nathan’s Famous dog a couple weeks ago at Yankee Stadium, it cannot compare to the girth, snap, and flavor of a Hofmann dog.

Heid’s continues to stay true to its legacy. As summer steadily approaches, expect the waiting line to grow, extend out the front door, and wrap around the building.

Yeah, you’ll have to wait a little bit for food, but it’s worth it. And, as soon as it opens, save room for dessert at Sweet Treats next door.