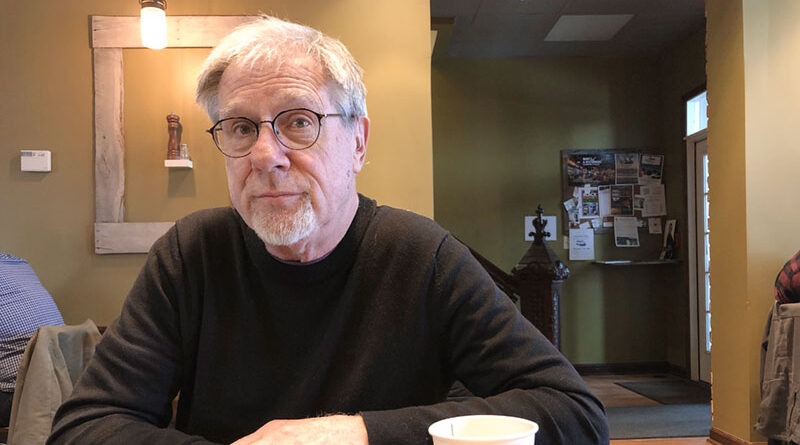 Kocak is a prolific and prodigious author. He is perhaps best known for several books he has written about baseball, his lifelong passion, including “Chasing Willie Mays,’’ “World Serious: One San Francisco Giants Fan’s Pilgrimage’’ and “Baseball’s Starry Night: Reliving Major League Baseball’s 2011 Wild Card Night of Shock and Awe.’’

This year alone, Kocak has published three books on Amazon. “Shades of Tuscany’’ is a love letter to Italy and to Italians. “Failure to Thrive: COVID Quarantine Chronicles’’ explores themes of isolation, physical distancing, uncertainties and new realities. “Monologues in Stereo’’ imagines conversations with one’s self and with others, including famous people.

Publishing on Amazon, rather than with a traditional publisher, allows Kocak to maintain ownership of his content, publish quickly, reach readers around the world and publish print-on-demand paperbacks and directly to Kindle, for those who read on devices instead of the printed page. There is no charge to upload books, and authors receive royalties from sales. Kocak works with a graphic artist on book design. He does his own marketing and promotion.

“Their publishing platform sure makes it easy,’’ Kocak says of Amazon. “Overall, I’d recommend them, for ease of operation.’’

Kocak, 71, comes to the title “author’’ after a long and varied professional career. He grew up in Stamford, Connecticut, and attended St. John’s University in Collegeville, Minnesota, for a year before transferring to Le Moyne College, where he earned a degree in English. He taught English for five years in the Marcellus Central School District. While there, he got to know an editor at The Post-Standard and that connection led to a job. He joined the copy desk and worked as a copy editor for several years.

“What I learned working at a newspaper is that the most important thing is deadlines. You have to get the job done, period. That really helped when I worked for companies.’’

Kocak left Central New York to work in the publishing industry for a time. At Random House and McGraw-Hill, he produced audiovisuals and other educational materials for the school and library market. He returned to Syracuse in 1989 and later took a position with Galson Corporation as a technical editor and proposal writer. He would go on to work as a technical editor and marketing specialist for several environmental firms, including O’Brien & Gere, ARCADIS, Environmental Design & Research, and Abscope Environmental.

He left the corporate world in 2008 to launch his own business, Kocak Wordsmiths Ink, and started lining up clients. Freedom of Espresso on Solar Street in Syracuse became his “office.’’ He left some business cards there and some local clients found him that way. Others found him by word of mouth. Still others he courted or pitched.

Says one former client: “Paul is my go-to word guy! He has a very keen sense of language and nuances of word choice. He listened, captured the culture of our organization and breathed life into very dry/technical content.’’

Technical writing can be “hard, dense, difficult and challenging,’’ Kocak says. Working for himself has allowed him to focus on a “softer,’’ more creative style of writing for advertising, brochures and websites.

“It came to be that I like copywriting and website writing the most,’’ he says. “You have to let go of some of the words. Writing for a website is so lean. It’s like poetry.’’

Kocak says he sort of “backed into writing books’’ with a subject he knows and loves — baseball. First came “Baseball’s Starry Night,’’ published in 2012. “Starry Night’’ examines the events of Sept. 28, 2011, the last night of regular-season baseball play, which some have called the most memorable and entertaining night in Major League Baseball history.

It was such an intense and exhilarating night, Kocak thought someone should write a book about it. So, he did. In doing so, he spoke to 20 baseball fans from around the country — and the world — who had tuned in to watch their favorite teams and were mesmerized. “This is a magical book about a magical night,’’ historian Doris Kearns Goodwin wrote in a jacket blurb. “This beautifully told story captures baseball at its very best.”

Kocak has visited more than 20 Major League ballparks and has traveled to Iceland, Italy and other places. He has three adult children and lives on the west side of Syracuse, where he enjoys walking, exploring the neighborhood and meeting new people. His walks throughout the area inspired one of his books, “Tipp Hill Litanies.’’

The author says he is retired in the sense that he collects Social Security, but he still works on select projects for clients. Just before quarantine, he helped a local research and marketing start-up with its web content. He currently is enjoying a new project: coaching someone on their first novel. “It has been mutually rewarding. A new thing for me, but I like it; it draws on my experience years ago as an English teacher. It’s especially rewarding watching the client (a successful consultant in the manufacturing field) learn and grow and develop as a writer.’’

As much as Kocak likes words, he doesn’t like the word “retired.’’

“If you use it, you’ll never get work. And if you say semi-retired, people won’t hear the ‘semi,’’’ Kocak says. “It’s a word I never like to use. This could be my own hang-up with age.’’