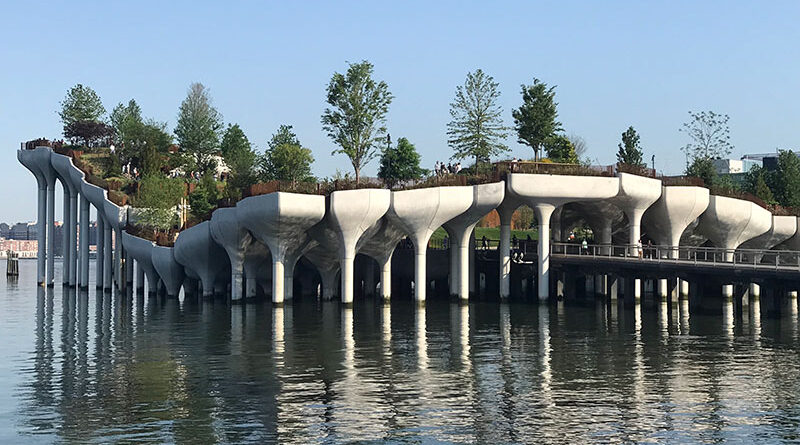 New York City is always on the list as one of the most expensive cities in the world and thus one of the most costly places to visit. However, there are many free things available for tourists.

1. Big Apple Greeters: Visitors can book a free tour with a greeter. Big Apple Greeter is a nonprofit organization that matches visitors with New Yorkers who want to share the city that they call home. All greeters are volunteers — they are not paid professional tour guides, and tipping is not allowed. A typical tour is a walking tour of an area where the greeter has expertise and usually lasts two to four hours. Requests should be made three to four weeks ahead of time through its website, https://bigapplegreeters.net.

2. Central Park: Most parks are free but most parks are not like Central Park. The Central Park Conservancy offers a variety of inexpensive tours but visitors are free to explore the park on their own. Free downloadable maps are available on the conservancy’s website or a map and guide can be picked up at one of their visitor’s centers. Of special interest are places like homage to John Lennon at Strawberry Fields with the “Imagine” mosaic and the statue of Balto, the sled dog who inspired the yearly Iditarod Race.

3. Staten Island Ferry: The Staten Island Ferry has been carrying passengers between Manhattan and Staten Island since 1905 and has been dubbed “One of the world’s greatest and smallest water voyages.” The ferry runs 24 hours a day year round. The five mile, 25-minute ride offers majestic views of the NYC skyline — day and night. It is necessary to get off and then re-board for the return trip. It is best to avoid rush hour. Sunset is a great time to take the trip.

4. Downtown Connection: The bright red, handicapped-accessible Downtown Connection bus is a free service that connects the South Street Seaport with the Battery and City Hall Park making 37 stops along the way. The stops are convenient to all of Lower Manhattan, subway lines, and many attractions. Service is provided seven days a week from 10 a.m., and ends with a final run at 7:30 p.m. There are many popular tour destinations along the route or just a short walk from the bus stop.

5. 9/11 Memorial: The memorial honors the lives of those who were lost in the World Trade Center attack. The names of every person who died in the attacks on both Feb. 26, 1993 and Sept. 11, 2001 are inscribed in bronze around the twin memorial pools. There are signboards such as the one telling about the “Survivor Tree.” The tree was one of the few things in the Ground Zero area that survived even though it was severely damaged. It stands as a symbol of hope and survival. The 9/11 Memorial Museum is not normally free but on Tuesdays from 5 to 8 p.m. visitors may enter without a charge. Right next door visitors can find the Oculus, a transportation hub and shopping mall built alongside the One World Trade Center.

6. High Line: The High Line is a 1.45-mile-long New York City linear park built on an elevated section of a disused New York Central Railroad spur called the West Side Line. Knowledgeable docents offer twice-a-week walking tours giving visitors an insider’s perspective on the park’s history. It is accessed by elevator and stairs at various points. Along the way visitors can view artworks, listen to music, check out the vendors, and more.

7. Art: The Chelsea area is home to many free art galleries. Most are between 20th to 29th street between 10th and 11th avenues. There are several museums that are always free such as the American Folk Art Museum while some art museums such as the Whitney Museum of American Art offer “Pay What You Wish” Friday evenings. Many museums are free on specific days or specific times while others like the Cloisters and the Metropolitan Museum of Art always offer “pay what you wish.”

8. African American Burial Ground: One of NYC’s newest attractions is the open-air African American Burial Ground. A construction project in 1991 uncovered more than 400 caskets of slaves from an age when New York had more slaves than any American city outside of Charleston, South Carolina. The visitor center has a 20-minute video and many informative displays. Free ranger-led tours are available but must be requested two weeks in advance.

9. Little Island: This is the newest attraction in New York City. Opened in May, Little Island is a 2.7-acre garden that is floating on Hudson River. It’s connected to Manhattan by a walkway that takes visitors from the trendy Meatpacking District. It features rolling hills, walking paths and open lawns, with dazzling views of NYC and a beautifully curated mix of trees, shrubs, perennials and grasses. Its 700 seat amphitheater offers a variety of shows at no charge. Entrances are at 13th and 14th streets on the west side.

10. More freebies: There is an event or parade nearly every weekend somewhere in the city. The Juilliard School of Music often has free performances. Many of the city’s buildings have amazing interiors and can be entered at no charge, including Grand Central Terminal, the Federal Reserve Bank, St. Patrick’s Cathedral, and the Chrysler Building but some have a fee for a guided tour. The Federal Reserve Banks offers free tours detailing its role and responsibility plus it includes the Gold Vault. Just steps from Times Square is beautiful Bryant Park where they host over 1000 free events, classes, and activities annually.

Photo: Little Island is the newest attraction in New York City. Opened in May, it features rolling hills, walking paths and open lawns, with dazzling views of NYC and a beautifully curated mix of trees, shrubs, perennials and grasses.