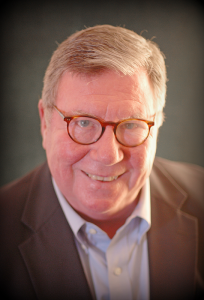 John T. Sullivan Jr. has enjoyed a long and distinguished career in law, politics, higher education and journalism — he is a former Oswego mayor, and has served as co-chairman of the state Democratic Committee. The native Oswegonian and resident of Saratoga Springs recently published a new book, “Forks in the Road,” which is a compilation of newspaper columns that previously appeared in Oswego’s The Palladium-Times.

Q.: Can you tell us a brief outline of what your new book, “Forks In The Road,” is all about?

A.: My book is a compendium of 28 articles I’ve written previously for The Palladium-Times in a monthly column called “Forks In The Road.” In essence, it’s a book about people from Oswego and small-town America. You don’t have to be from Oswego to be moved and touched by the lives and stories of people in the book. It’s about heart, lives that are well lived, and a series of inspirational short biographical articles that you can enjoy no matter where you’re from.

Q.: What was the motivation behind writing the book?

A.: Since I’ve retired, I’ve been doing a lot of writing. I thoroughly enjoy writing and as I get older, I’ve had more opportunity and time to spend writing. I’ve been telling these stories for years and I feel like I might as well put them down on paper, get them off my chest, and get them into print so I can engage readers outside of just the Oswego area.

Q.: You are quite active as a writer. Have you always been interested in expressing yourself in written form? What do you find most enjoyable about writing columns?

A.: When I was a student at SUNY Oswego, I wrote a weekly column for The Oswegonian called “Politics Darn Quick” or “PDQ.” It was a take from the “TRB From Washington,” which was a very famous liberal column in The New Republic.

I’ve been writing ever since then. I haven’t always written as often as I would like, but now that I have more time, I have a lot to say. I’ve always been a preacher and a self-styled pontificator. I’ve been giving speeches my whole life and I really enjoy proselytizing. It gives me great satisfaction when I see I’ve had a positive impact on people’s lives as a teacher, educator, political leader, mayor or human being. Whatever role I have played in life, I’ve tried to uplift people and that’s been the most rewarding course for me in life.

Q.: What is your impression of social media and how do you think it benefits society?

A.: For me, social media just replaces the water cooler at work. I’m not going to the office every day like I used to, so I enjoy it because of the social interaction and it’s the validation that I get. I also feel like it’s given me a platform to express myself politically and through social commentary.
I largely attribute the success of my book sales to Facebook. People from various phases of my life and various places are still following what I’m saying so it compelled them to buy my book. 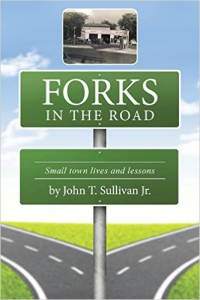 Q.: What are you presently doing now in terms of your career? Are you still practicing law?

A.: I’m not practicing law a lot, but as much as I want to. Currently, I have a website for my law office and I’ve got about six or seven cases that I’m handling. It keeps me occupied, interested, and it allows me to keep doing what I’ve done my whole life — help people get from point A to point B. However, I don’t want to get exhausted doing it, so I like to keep busy in other ways. I travel, I write a lot, I’m doing some legal work, and I also enjoy the social life here in Saratoga.

Q.: You headed the attorney general’s office in Watertown from 2003-2008 and were co-chairman of the state Democratic Committee. Are you still involved in government and/or politics on any level?

A.: Not really, although last year I did work for Gov. Andrew Cuomo’s campaign as a part-time consultant where I did a lot of traveling and speaking. Prior to that, I was working for a government group called EffectiveNY where I traveled around the state promoting its agenda. But currently, I stay active as an observer and stay-up-to date on everything so I’m poised and current if need be. I’m staying engaged in a detached, pundit and commentator way.

Q.: Do you visit the Port City on occasion? What do you like to do when visiting?

A.: I visit regularly. I have friends and family there and it’s still my hometown. If I’m away too long, I need my Oswego fix. I need to stop into Canale’s and Vona’s or just stand at the top of the hill and look at the lighthouse and absorb it all. You can take the boy out of Oswego but you can’t take Oswego out of the boy. Oswego is still the greatest little city on a great big lake that I’ve ever had the opportunity to experience.

Q.: What are your plans in retirement?

A.: Retirement for me is a relative concept. It is about engaging myself in several different ways. I’ll always need to have something going on that lets me feel like I’m contributing in some way and I’m going to keep paddling along until I lose my paddle.