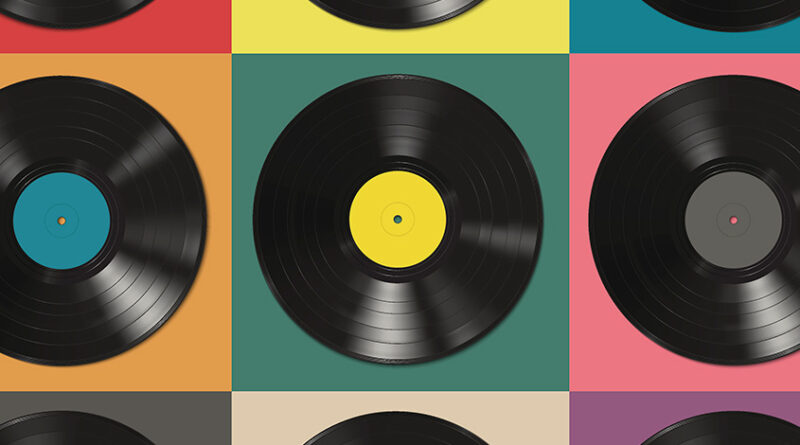 The resurgence of vinyl is largely driven by a younger generation of aficionados.

Long before streaming services and downloadable music, there was vinyl.

If we wanted the latest releases from any of our favorite artists, we’d purchase vinyl 45s or albums from one favorite record store in our area — perhaps Gerber Music in the old Fairmount Fair or Shoppingtown, The Record Runner on Marshall Street, Clark’s in downtown Syracuse or one of the department stores around the area.

There was something more to those albums than just the tracks of music. There were the liner notes, often with the lyrics, and amazing artwork both on the outside and the inside of the jacket.

Like Mary Hopkin sang in the late 1960s, “Those were the days, my friend.”

But those days have returned.

Vinyl record sales beat out CD sales in 2021, according to MRC Data, which provides data and analytics to the music industry. This is in sharp contrast to where vinyl was a decade ago, when sales, as reported by MRC, made up only 2% of physical album sales.

However, some may be surprised that most of those buying the records are not only baby boomers, but the younger generations.

According to Scott Havens, who owns Reimagine Records in New Hartford, with his wife, Michelle, “I’m in my mid-50s, so guys like me, we’ve always bought vinyl, and we’re continuing to buy vinyl, but the whole vinyl resurgence is being driven by young kids.

“For a lot of them, they’ve never really owned a collection to begin with,” he said. “The generation that’s buying today, they’ve been downloading and streaming their whole lives. I think they want to own something that’s had such an effect on their lives. They want to be able to show their friends. This album means a lot to me.  It means enough that I want to go out and buy it rather than just stream. I want it sitting on my shelf. I want to hold it. I want to handle it. I want to play it. It’s really important to them to own it rather than just rent it.”

That today’s buyers want something tangible was a sentiment also expressed by Matt Butler, store manager of the Barnes & Noble in DeWitt, and Casey Keefe, a manager of The Sound Garden in Syracuse’s Armory Square.

“This is something they like to own. Traditionally, they’ve never owned music,” said Butler, adding that they, too, like the generation before them, appreciate the sound and the artwork.

Between the music and the artwork, it’s the whole package, and it provides more of a connection for listeners, Keefe said.

Butler also believes that the vinyl now has a better sound quality than digital media, which he said, is digitized and compressed.

That vinyl is making a comeback can also be seen even before one enters The Sound Garden on Armory Square. Over its front door hangs a banner with three spiders (the plastic insert that we put in 45s to make them fit on the turntable) and an oversized photo of a young woman wearing headphones, listening to albums.

The artists favored by many of the younger buyers are putting things out on vinyl now.

Ironically, many of these singers and bands with the top-selling vinyl records in 2021 weren’t even born when the discs were the hot ticket back in the 1970s and early 1980s.

Taylor Swift’s “Evermore” sold 102,000 vinyl LPs in a single week in June 2021, breaking the record for the biggest vinyl sales week for an album since MRC Data began tracking sales in 1991.

The COVID-19 pandemic may have also helped to drive sales.

“Families, not being able to go on vacations and travel, they were figuring things that they go do at home, and listening to records was a big thing,” said Havens of Reimagine Records. Butler suggested that since teens were spending more time at home, they got into new hobbies, like listening to records.

A couple of younger buyers I talked to recently bear out what the store managers said. Tyler Westcott, 29, plays with a group called Folkfaces and while he’s from Buffalo, he had been in Syracuse for a gig and stopped by The Sound Garden.

“I like to hold the things in my hands, read the liner notes. Sometimes there’s funny little inserts, drawings. It sounds better sonically,” he said.

Westcott also said he likes to search through the bins at the store, read the track list and see if there is a new version or a different interpretation of a favorite tune.

Ally Pasco, 22, of Oswego, a music major at Syracuse University, got a record player for her birthday this past spring. So she was stocking up on some jazz classics. “I am really big into jazz. I like the jazz vinyls. I like the sound that the vinyls have,” Pasco said.

The vinyl covers and the liner notes were always a big collectible item, according to local music historian and collector Ron Wray, 75.

And Wray knows a thing or two about collecting. The Liverpool resident has been purchasing records since 1958.

Over the decades, Wray estimates that he has had more than 22,000 45s. Today, he has 981 45s of just local and Central New York artists and more than 1,100 LPs, and he has expanded his collection to include 78s and Edison cylinders, cassettes, and eight-tracks by local artists.

Being a collector, he owns different versions of the same album, since they are often marketed, especially to collectors, on different colored vinyl, are released in different countries, and may include different bonus tracks. His major interest, over the years, has been local Syracuse groups, and today, his collection of those performers’ 45s numbers 981.

Hearing the music on his transistor radio drove him to collecting, he said. For Christmas in 1958, he received an RCA adapter that only played 45s, and with that, a collector was soon to be born. While he didn’t have a turntable to play the albums that were coming out, that didn’t stop him from buying them. His first album was “The Buddy Holly Story,” which was released shortly after the singer’s death in 1959.

“I had to buy it whether I had something to play it on or not,” he recalled. He eventually had earned enough money to get a four-speed Zenith record player. His second album was by Ritchie Valens, and today, these are still two of his favorites, he said.

“I’m happy that these younger people get back into music in that way,” Wray said. He said he’s not really surprised that baby boomers are not the major buyers of vinyl these days, since many have their money tied up in other areas.

And while most of us — baby boomers or younger generations — will never have collections to rival Wray, it appears the vinyl days are here again. ϖ