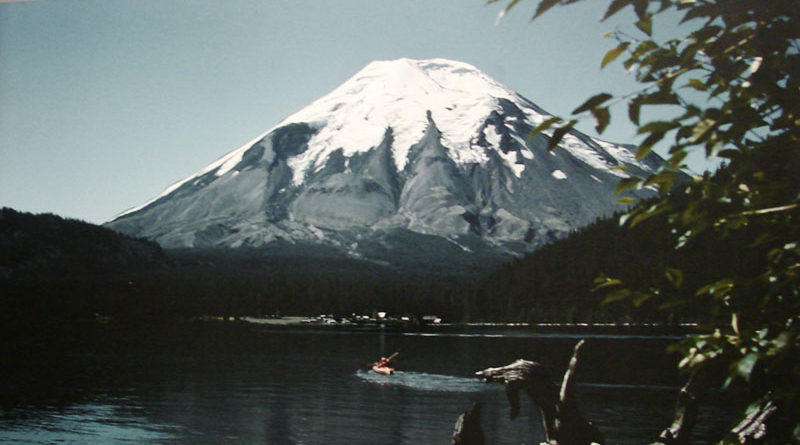 Portland, Oregon’s largest city, sits on the Columbia and Willamette rivers, in the shadow of snow-capped Mount Hood. It’s known for its parks, bridges and bicycle paths, as well as for its eco-friendliness, microbreweries, gardens and variety of restaurants.

1 Get acquainted: Take a city tour. There are several. Most are half-day mini bus tours that travel through the neighborhoods of Portland and visit all the must-see attractions. This is a good way to learn about the city’s history and culture. They stop at various points for spectacular views of the waterfront, Mount St. Helens, Mount Hood and more. For a more personal look at the city take one of the many walking tours. The Shanghai Tunnel Tour is a fun walking tour of the Old Portland Underground.

2 Food trucks: Portland may not be where the food truck culture started but the food trucks have taken Portland by storm. One nice thing about a food truck caravan is that everyone can have what they like. With more than 600 tiny “kitchens,” Portland’s food-truck scene is legendary and has been given rave reviews by food magazines. CNN declared Portland home to the world’s best street food. Most are organized into what are called “pods” in lots throughout the city.

3 Ethnic food: Portland is the perfect place to try out some great ethnic food and not just Italian and Chinese. Enjoy shish kebabs, couscous and baklava at The Marrakesh Restaurant with Moroccan rugs, ornate silver urns, and dining in a sultan’s tent which often features belly dancers. Try out Ethiopian food at Enat Kitchen (mother’s kitchen). Eating Ethiopian is a social occasion. The food is served on a large platter covered with injera (soft spongy bread) with dollops of food on it. To eat, take a palm-size piece of the injera and scoop up the food. It was all delicious. There are several Vietnamese, Chinese, Jamaican, Cuban, Russian and many other interesting restaurants to try.

4 Gardens: Although Portland is well known as The Rose City it could easily be called the Garden City. The Portland International Rose Test Garden has more than 10,000 plantings of more than 500 varieties. It is the oldest continuously operating public rose test garden in America. Portland’s Japanese Garden showcases an example of authentic Japanese landscaping. Lan Su Chinese Garden located within Portland’s historic Chinatown district is an authentic Ming Dynasty style garden with a tea house. The Crystal Springs Rhododendron Garden features more than 2,500 rhododendrons, azaleas and other plants with small lakes, paved and unpaved paths, fountains, and small waterfalls. And there are others.

5 Historic: Portland may seem like a young city compared to East Coast cities but there are still many places for history lovers. Built in 1914, the Pittock Mansion tells the story of Portland’s transformation from pioneer town to modern, industrialized city through the history and legacy of the influential Pittocks. The mansion is characterized by its impressive architecture and 23 art- and antique- filled rooms. The Oregon Historical Society’s museum has a vast collection that explores the people, places and events that have shaped the history of Oregon and America.

6 Biking: Portland has miles and miles of bike-friendly roads, paths and trails. Renting a bike is an option if you don’t have your own. There are also bike tours. One such tour explores central Portland, stopping to sample some of the city’s iconic brews. There is even a doughnut bike tour and another where the tour operator drives everyone to the Colombia River area and then guides the bikers along the Columbia Gorge, stopping at several waterfalls and other interesting spots.

7 Nature: Besides the many gardens there is the Tryon Creek State Natural Area, the only Oregon state park located in a metropolitan area, and Washington Park, a public urban park that includes a zoo, forestry museum, arboretum, children’s museum, rose garden, Japanese garden, amphitheater and many acres of wild forest with miles of trails. Powell Butte Nature Park is a family-friendly area with plenty of hiking, biking and equestrian trails.

8 Side Trips: Portland makes an excellent base for exploring the coast, mountains, and rivers. One popular trip is to Multnomah Falls located on Multnomah Creek in the Columbia River Gorge. The waterfall is accessible from the Historic Columbia River Highway and Interstate 84. Another popular trip is to Mount St. Helens, an active volcano located in Washington, 50 miles northeast of Portland. There are tours to the wine country and Oregon Trail Museum in the Willamette Valley.

9 Unique: Check out the Troll Bridge. There are hundreds of trolls under an old trestle railway bridge on the outskirts of Portland. For a unique tasting meal check out Laan Bang (they are sold out for six months). The 24-seat restaurant is located behind a bookcase inside a Thai restaurant. The 12-course tasting menu is unique.

10  Festivals: With a never-ending roster of events in Portland, you’re sure to find plenty worth celebrating every month of the year. In January the 11-day Fertile Ground Festival is a celebration of creativity, featuring a brand new theater and visual artworks by local artists. In February ring in Chinese New Year in Lan Su Gardens. The two-week celebration with lion dances, cultural performances and family-friendly activities. The Portland Rose Festival is an annual civic festival held during the month of June with the purpose of promoting the Portland region. It includes three separate parades, along with a number of other activities. There are many music festivals and much more.

Photo: Mount St. Helens is a great attraction for those visiting Oregon. It’s about an hour north of Portland.