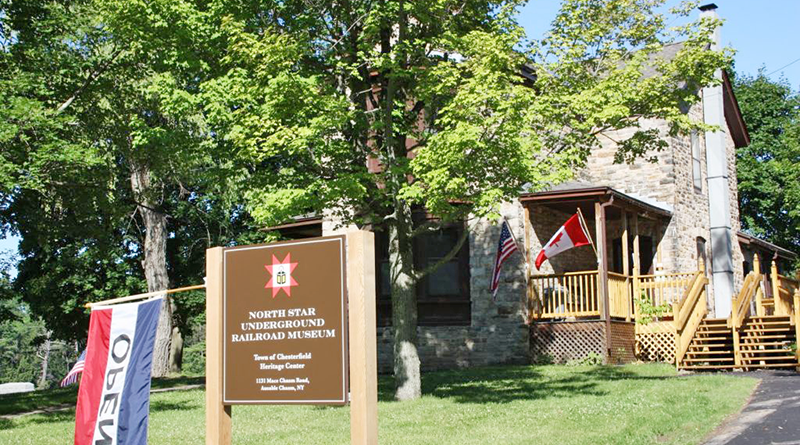 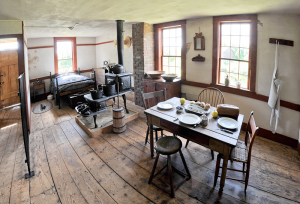 1. Harriet Tubman House — Harriet Tubman, who became known as the Moses of her people, lived in Auburn. Visitors can tour four buildings, two of which she used. The complex honors Tubman and the 300 slaves she guided to freedom through 19 daring journeys from South to North. She also aided the Union during the Civil War as a spy, nurse and guide. She assisted with a raid up the Combahee River in North Carolina that freed 800 slaves. After the Civil War, Tubman worked to aid former slaves and in the women’s rights movement. The African Methodist Episcopal Zion Church of Auburn owns and operates the facility. 180 South St., Auburn. 315-252-2081. www.nyhistory.com/harriettubman.

2. Seward House Historic Museum —  While in Auburn, visit the Seward House Historic Museum, which is less than a mile from the Harriet Tubman House. The Seward House commemorates William Seward, who worked politically to end slavery. He also sold land to Harriet Tubman where her home still stands. The sale was illegal at that time. Seward served as a New York state senator and governor, then as a U.S. senator and secretary of state under Lincoln and Johnson. Guided tours of the are available. 33 South St., Auburn. 315-252-1283. info@sewardhouse.org. www.sewardhouse.org.

3. Starr Clark Tin Shop & Underground Railroad Museum — Take a self-guided tour through this site. Clark offered a haven to refugees from the 1830s through the Civil War. He also openly supported abolition of slavery and hosted abolitionist meetings in his tin shop. The shop features interpretive exhibits. 3250 Main St., Mexico. 315-963-7898.

4. The Gerrit Smith Estate National Historic Landmark — The site, in Madison County, celebrates Gerrit Smith, an abolitionist that supported the Underground Railroad and used his wealth to help those fleeing slavery. See displays about Smith and his family. 5304 Oxbow Rd., Peterboro. 315-280-8828.

Take a daytrip to visit the North Star Underground Railroad Museum in Ausable Chasm. Its multimedia exhibits chronicle the journey of liberated slaves traveling to Quebec and Ontario, Canada. The museum hosts Solomon Northup Day the 3rd Saturday of July. The day celebrates the life of Northup, an African American born as a free man who was abducted into slavery who, after obtaining freedom, penned Twelve Years a Slave. The free event includes historians, writers, exhibits, arts and historic reenactments. 1131 Mace Chasm Rd., Ausable Chasm. 518-834-5180. www.northcountryundergroundrailroad.com/museum.php.

As another daytrip destination, the John Brown Farm State Historic Site preserves the home and gravesite of the well-known abolitionist. Brown is remembered for conducting the 1850 raid on Harpers Ferry, which ended in his arrest and execution in Virginia. The site’s self-guided tours relate Brown’s abolitionist efforts. 115 John Brown Rd., Lake Placid. 518-523-3900. www.nysparks.com/historic-sites/29/details.aspx.

Rochester became an important hub in the Underground Railroad in the 1830s. The Genesee River’s access to Lake Ontario helped freedom seekers slip into Canada. The city was also home to Frederick Douglass, who moved to Rochester in the 1840s. His presence attracted and recruited other abolitionists. Douglass founded The North Star, an abolitionist newspaper in the city. Douglass became a prominent “stationmaster” of the route to Canada, opening his home and office to house refugees. A bronze statue of Douglass in Highland Park honors the gifted orator. Douglass’ grave is at Mt. Hope Cemetery, a few blocks from Highland Park.

Beyond its value as a pristine example of 1800s architecture, the Susan B. Anthony House (www.susanbanthonyhouse.org, 585-235-6124) at 17 Madison Street, Rochester, commemorates a remarkable woman. The many causes for which she campaigned include abolition. The home’s guided tour highlights her friendship with Frederick Douglass, such as a photo of him on her mantle. The house’s website states that Anthony, who lived in the house for the last 40 years of her life, liked keeping photos of her closest friends nearby. Guides provide tours of the home Tuesdays through Sundays. The house hosts special events, too. Tour tickets are $5 for children, $10 for adults and $15 for seniors 62 and older.

Other Underground Railroad points of interest in the Rochester area include the Memorial African Methodist Episcopal Zion Church building. It provided another stop on the northward journey, as well as the home of William Clough Bloss and possibly other places. Little solid evidence remains of many other safe houses since Railroad workers and those they helped sought to conceal their activities from detection to avoid punishment.

Several sites not currently open to the public were also used as part of the Underground Railroad in the Rochester area.