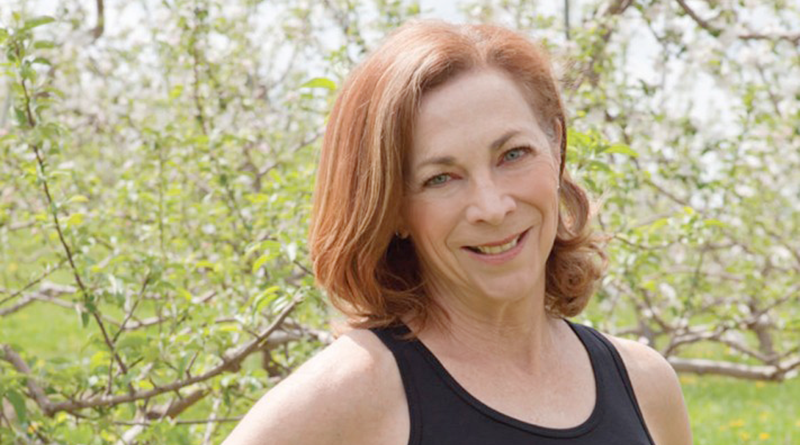 Kathrine Switzer, a former SU student, was one of the first females to run the Boston Marathon. Now at 70, she will run in Boston again— and she will celebrate 50 years since her first run

For Kathrine Switzer, aging gracefully means never giving up her commitment to running.

She ran her last marathon in Berlin, Germany, about six years ago at age 64 and that seemed remarkable at the time.

Now she’s out to top that feat — make that “feet.” When the 121st Boston Marathon rolls around this April 17, Switzer will don running shoes again and will be honored on the 50th anniversary of her groundbreaking run there.

The 70-year-old doesn’t shy away from running, though she is usually on the sidelines as an inspirational speaker-consultant, broadcaster or race organizer.

Switzer has been active her entire life and now the history books are finally catching up to her.

Syracuse University had a hand in developing her iconic image. Even before she entered SU in the fall of 1966, her unconventional reputation as a runner had preceded her.

While attending Lynchburg College in Virginia, she and another woman were allowed to compete in three races with the men’s track team. Her first competition in the mile run garnered a mention in Sports Illustrated’s “Faces in the Crowd,” plus in the New York Times and the Associated Press.

Some five months later, when she requested permission from the SU athletic director to train with the men’s cross country team, he was skeptical, but did not discourage her. Little did he know his acceptance would revolutionize Switzer’s life and the history of women’s sports.

In April 1967, her fame exploded onto the national scene when she ran the then male-only Boston Marathon as a member of the Syracuse Harriers club. She registered as K. Switzer, her usual byline when she wrote for her high school and college newspapers, even though the Boston Athletic Association did not explicitly ban women.

Two miles into the race, her identity was exposed. Jock Semple, a key member of the Boston Athletic Association marathon committee, suddenly attacked Switzer and attempted to tear off her race bib in full view of members of the press truck.

Switzer’s boyfriend, Tom Miller, a burly SU assistant track coach accompanying her, rose to her defense and tackled Semple. Shaken up by the furor, Switzer was nevertheless more determined to finish.

Crossing the finish line in a time of four hours and 20 minutes in front of a stunned press corps, she drew worldwide media attention, both scorn and praise.

Switzer recollected her Boston and Syracuse adventures in her 2007 book, “Marathon Woman,” and during an interview at the Boilermaker Expo in Utica last year.

Born in Germany, where her father was a major in the U.S. Army in post-World War II, Switzer enjoyed a boisterous childhood keeping up with her older brother. After her family moved to the United States, her parents encouraged her to excel in the classroom and on the playing field.

“I was always athletic, from the time I was 12,” she said. “When I was in high school, I tried out for the field hockey team and my father suggested I begin running a mile a day to get in shape. At first, I was intimidated. I was not one of the best players in skill, but I had good conditioning. I felt empowered and I got a good sense of myself.”

At Lynchburg College in 1965, she was delighted to find varsity teams for women in field hockey and lacrosse, but shocked that few of her teammates took sports as seriously as she did.

Though much larger and seemingly more cosmopolitan than Lynchburg, SU was a different world. “I went to Syracuse to be a writer,” she said, but she was upset to find zero athletic opportunities for women.

She then forged her own path. She found an unlikely ally in the SU athletic department in Arnie Briggs, a part-time track coach who became her mentor. “He was 50 at the time and he had run in 15 Boston Marathons,” she said.

“He said women weren’t capable of running marathons…but he took me under his wing and trained me,” she added. “I had to prove him wrong and it didn’t come until the day I ran 31 miles with him.”

For many months, winter to spring, they were an odd couple marking the miles from the SU campus to the suburbs of Manlius and hills of Pompey to train for Switzer’s auspicious debut.

Switzer wasn’t the first woman to run Boston, just the first to get a bib number. Robin “Bobbi” Gibb ran the Boston Marathon in 1966, but she registered as a male. She hid in the bushes near the starting line, then jumped in. Unofficially, she finished 125th out of approximately 500 entrants with a time of 3:21:25.

Gibb never got an official race number during the three years (1966-68) that she ran, according to the Boston Marathon website.

Switzer received all the notoriety following her escapade in Boston. “I think 50 percent of the people in the world hated me and 50 percent loved me,” she recalled, “but Syracuse was wonderful to me. They thought I was unfairly treated and my classmates thought it was fantastic.”

She went on to complete her undergraduate degree in journalism and English at the Newhouse School. By 1971, she had married Miller (although it was brief), worked on her master’s at SU and got a job at Bristol-Meyer pharmaceuticals.

She also became a tireless advocate for women runners. Sensing a growing interest in the sport, she and Briggs organized road races in Syracuse and Buffalo. “Sometimes we would get 200 or 400 runners, but almost no women,” she said. But she wasn’t deterred.

She teamed up with race director Fred Lebow to get women into the New York City Marathon in 1970 (she won the race in 1974). She flaunted convention again in Boston in 1969 and 1970 and battled the AAU for acceptance.

Even Semple caved in to the growing women’s movement, and in 1972, Switzer was among nine women to run with official sanction in Boston. In 1975, her 2:51 marathon win in Boston was ranked sixth in the world and third in the USA in women’s marathon.

Switzer has worked as a broadcaster during the Boston Marathon for the last 36 years. In 2013, the Boston Marathon was rocked by two explosions near the finish line that killed three people and injured hundreds, but she had left the area just minutes earlier.

Switzer returns to Syracuse from time to time. Ten years ago, she helped found their department of sports management and sits on its board of directors.

She splits her time between homes in New Paltz, N.Y. and Wellington, New Zealand, with her husband, Roger Robinson, a New Zealand runner, emeritus professor and author.

She serves as president of Marathon Woman magazine and Atlanta Sports Promotions, Inc.

She is the founder of 261 Fearless Movement, a nonprofit that organizes non-competitive running clubs to provide networking,  running support and education to women all over the world.