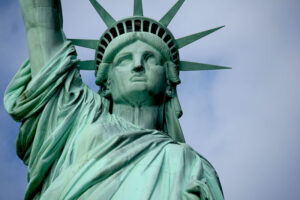 I was born in 1933 in the depth of Americas’ Great Depression.

The times were much like today’s COVID 19 with many people out of work and hundreds of companies closing their doors — never to open them again.

My father lost his small business of caning chairs, selling paint and model airplanes. He closed his doors mostly because our government was stockpiling materials for fear of a war with Axis powers. He went to work for the U.S. government as a railway mail clerk. My mother, in turn, took in laundry from our neighbors to pay the rent of our modest apartment in Auburn.

Even though President Roosevelt knew that eventually America would be drawn into World War II, our country was totally unprepared when, on Dec. 7, 1941, Japan made a sneak attack on our naval force at Pearl Harbor in Hawaii, crippling our Asian force.

The real miracle was that  overnight our industrial might switched from building cars and appliances to tanks and war planes. Admiral Yamamoto who planned the attack at Pearl Harbor for Japan later said, “I fear all we have done is to awakened a sleeping giant and filled him with a terrible resolve.”

Our nation was forced into World War II against Japan and Germany (whom we turned into allies after the war). The result was that America became the world’s first and foremost super power.

My generation had a slice of history that ranged from horse and buggy, to landing on the moon, to computers and artificial intelligence.

America’s dynamism made and keeps us the most powerful economy in the world. U. S. industries are quietly but continually renewing our power and strength. The major reason is a mix of technical genius, marketing savvy and a sophisticated financial network. All of this combines to support our entrepreneurs who in turn are changing the world. Information and communication are the foundation for our unmatched military power that ties it all together.

As long as U.S. companies remain on the leading edge of key technologies we will be undefeatable. American defense planning for any conflict has advantages others simply do not have. Even as China plans to catch up with our tech wizards they are decades behind.

However, there is a fly in our ointment. As the Godfather said; “All of our ships must sail in the same direction.” As seen in the recent election, our country is split down the middle. We live in a house divided and as the saying goes, “A house divided cannot survive.”

We used to consider the other side as opponents — now they are the enemy. Where do we go from here? Our new President-elect Joe Biden has thrown down a challenge of a bipartisan relationship between the right and left.

Is our great country mature enough to try it?