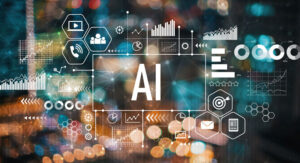 As we 55-plussers sit comfortably in our La-Z-Boy chairs reading this magazine, the world around us is exploding with technology that will substantially change our lives within our lifetime.

Virtually all this technology has been developed since the turn of the century and not all these developments are necessarily good news for our country.

America is slipping in its position as the world’s largest economy and strongest military. Economists at World Bank have upgraded their forecast for China, the only major economy expected to grow this year. Despite a raging trade war and a softer economy, China’s corporate giants are getting bigger, richer and more competitive. China already leads in 5G broadband networks, building three times as many work towers as the U.S. on a per capita basis. We tend to think of broadband as a consumer technology and 5G as a faster way of downloading videos. On the other hand, China views 5G as an enabler of a fourth industrial revolution (the second industrial revolution was electricity and the third was computing).

5G is a game-changing computer technology enabling self-programming industrial robots, remote robotic surgery, autonomous vehicles (cars that drive themselves) and smartphones that do medical diagnostics and upload data to the cloud in real time.

Beyond this are the 5G-powered deadly drones and other military equipment that can win battles with the push of a button.

China has become the world’s leader in artificial intelligence (AI) – not because its computer scientists are smarter than Microsoft’s, but because they have a huge advantage in data (the fuel that powers the AI engine).

Fortunately, America still leads the world in medical technology, which will probably become the biggest growth industry of the 21st century and will require a vast database of digitalized patient medical histories and DNA. China will soon have real-time readings of the vital signs of hundreds of millions of its own people, and if China’s Huawei Corporation plans mature, hundreds of millions of people outside of China as well.

China’s People’s Liberation Army (PLA) celebrated its 93rd anniversary Aug. 1 with a speech by Communist Party General Secretary Xi Jingping. He called for transforming the PLA into a world-class military, one that can further the party’s agenda far beyond China’s shore. The PLA declared its intentions to complete military modernization by 2035 and become a world-class military force by 2049.

We should all take a deep breath as Xi Jingping throws the gauntlet down and declares that we have entered a new era of global competition between our free and open international order (democracy) and an authoritarian system (communism) fostered by Beijing.

Our Cold War with China has begun. Its actions have spurred the U.S. Department of Defense to respond. First and foremost, long-term competition with China demands that we have a force that can compete, deter and win across all domains, air, land, sea, space and cyberspace. To support this effort the Pentagon is investing in both advanced conventional capabilities and game-changing technologies, such as hypersonic weapons 5G communications, integrated air and missile defense, and artificial intelligence (AI)

Assistant Secretary of State David Stilwell advised China’s ambassador that its Houston consulate must be closed and its military researchers in our country must be deported; this being a culmination of months of concern by our government of China’s intelligence-gathering operation aided by Chinese diplomats collecting scientific research from American universities.

Meanwhile, Mark Esper, U.S. defense secretary, is globe-hopping among free and open Indo-Pacific nations who value freedom to stand together in order to counter the coercive actions of the Chinese communist’s aggressive attempts to undermine the sovereignty of these nations and our nation.

America has always had to fight against those who covet the American Dream but do not want to invest the hard work necessary to achieve it. With all the political jargon we hear (particularly at election time) I have yet to hear that achieving the American Dream requires dedication, education and hard work. America only provides the opportunity!