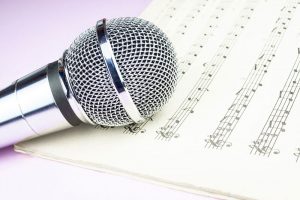 Some of my not-so-young contemporaries will from time to time lament the fact that our beloved songs of the rock era of the ‘50s and ‘60s were oh-so-tame compared to today’s explicit rock and rap lyrics.

I am here to tell you that some of our songs were not as innocent as revisionists would have you believe. In some of these songs, you had to dig beneath the surface to understand the subtleties of what the lyrics were really saying and their hidden meaning.

For example, in some hit recordings, male singers reflect on a girl’s “many charms.” Those who have studied the origin of rock songs from the ‘50s contend that this is a reference to her breasts, butt and other prominent body parts.

Many believe that the 1967 Beatles’ recording of “Lucy in the Sky with Diamonds” was a clever reference to the hallucinogenic drug LSD. The late John Lennon laughed out loud when he heard this theory, insisting that the idea for the song came from a drawing that his son, Julian, did of a classmate whose name was Lucy.

The 1967 Rolling Stones recording of “Let’s Spend the Night Together” triggered almost immediate condemnations by church and other community leaders. The BBC outright banned the recording.

As the Stones were about to appear on the Ed Sullivan Show, Sullivan suggested that they change the lyrics to “Let’s spend some time together.” Lead singer Mick Jagger agreed, but when it came time to perform the song live on the show, he mumbled the lyrics, letting viewers to fill in the blanks.

Because of Jagger’s shenanigan, Sullivan never invited the Stones to appear on his show again.

The nearly incomprehensible 1963 mega hit “Louie, Louie” by the Kingsmen was banned by a number of radio stations because of its rumored explicit lyrics, but few could understand the words. In fact, there are some bogus versions of the lyrics that are truly obscene, even featuring the f-word.

Some parents complained to then Attorney General Robert F. Kennedy, whose office began a 31-month investigation and concluded that most people could not make out the lyrics of “Louie, Louie” to determine whether they were obscene, so no action was ever taken.

The Kingsmen’s lead singer, Jack Ely, was performing in pidgin English, screaming at the top of his lungs and wearing new braces, so his enunciation was greatly garbled, and the anti-lyrics rumors took off from there.

To give you an idea of how far we have come, the Everly Brothers’ 1957 No. 1 hit, “Wake Up, Little Susie,” was banned by Boston radio stations for its suggestive lyrics.

Record producer Archie Bleyer, who started Cadence Records and hired the Everly Brothers, didn’t like the song because he said it sounded like Susie and her boyfriend slept together (had sex) at the drive-in movie.

Despite the pushback from Bleyer, the brothers recorded the song, which zoomed to the top of both the country and pop charts.

When he was 26, Johnny Burnette recorded a top-selling tune in 1960, “You’re Sixteen.” The lyrics raised eyebrows when he sang, “You’re all ribbons and curls/Ooh, what a girl/Eyes that sparkle and shine/You’re sixteen, you’re beautiful and you’re mine.”

One of the most suggestive songs of the era was 1968’s ”Young Girl” by Gary Puckett and the Union Gap. “Young girl, get out of my mind/My love for you is way out of line/Better run girl!/You’re much too young, girl.”

When I first heard the song, I turned up the volume on the car radio to make sure my ears were not playing tricks on me. “With all the charms of a woman/You’ve kept the secret of your youth/You led me to believe you’re old enough to give me love/And now it hurts to know the truth.”

Puckett followed up this hit later in the year with the equally suggestive “Lady Willpower,” whose lyrics were: “Lady Willpower, it’s now or never/Give your love to me, and I’ll shower your heart with tenderness endlessly.”

The lyrics to “Hideaway,” the 1958 recording by the Four Esquires, was banned by some radio stations because of these lyrics, “Wish I knew a hideaway/I could take you to/I would pass the night away/Making love to you.”

You probably don’t know it, but even the phrase “rock ‘n’ roll” was originally black slang for “sex.”

Disc jockey Alan Freed, who led the rock ‘n’ roll generation in 1954 as the nation’s preeminent disc jockey, and who is credited with coining the term “rock n’ roll,” revealed this tidbit when he disclosed that the term came from 1922 blues singer Trixie Smith who recorded “My Man Rocks Me (with One Steady Roll).”

The next time someone says to you, “OK. Let’s rock ‘n’ roll,” you might wonder: What does the person really mean?