Why is everyone migrating here? 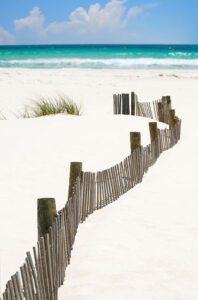 As I write this in my den in Florida, overlooking a new cluster of condominiums being built across the way from our building that sits on the beach, I reminisce about how things were 50 years ago when we discovered Florida.

Half a century ago, South Florida was little more than a big sandbar with miles of sandy beach peppered by towns along the way like Palm Beach, Fort Lauderdale, Miami and other winter hideaways for the wealthy. The cities were created mostly by Henry Flagler, who was a partner of John D. Rockefeller during that period (read: “The Last Train from Paradise”).

Walt Disney was mostly responsible for populating Florida by bringing upper middle-class families (like ours at that time) to Disney World, which opened in 1971. We packed up the kids in our station wagon and trundled down to Orlando and marveled at the fantasy that was Disney World. After a couple of days with Mickey and Minnie and Pluto (who scared my son, Chris) we toured South Florida with our gang. They swam in the ocean, rode the waves and fell in love with this paradise. Wife Janet’s brother, Dick Hirsh, had discovered Juno by the Sea, a few miles north of Palm Beach a year before and invited us to Christmas dinner at his apartment on the ocean. He told me that there were a couple of units that had not been sold. Next day I met with the real estate agent. She showed me how we could buy the beautiful apartment, with a balcony overlooking the ocean, and pay the mortgage by renting the place during the season (Christmas to Easter) and have the rest of the time for our usage. I bought it on the spot for $36,000. Today, that property is worth more than $1 million.

Today, New Yorkers are migrating to Florida in overwhelming numbers.

Last year, Palm Beach County, where we live half the year, saw more than a million people, most of them retired, sell their homes, pack up their goods and move to Palm Beach County and many other locations in the Sunshine State. This mass migration has caused Florida to frog leap over New York state as the third most populous state. The people are doing so, mostly to escape the high taxes, lower their cost of living and gain the warm and sunny climate,

New York City is emptying its office building tenants in lieu of the rioting and plundering going on. Manhattan is moving to Miami. The people who pay the taxes are heading south leaving New York with a big hole in its budget. So far, the governor’s solution is to raise taxes higher. New York is rapidly overcoming California as the most tax unfriendly state in the union.

It all has to do with management. As President Harry Truman once said, “The buck stops here.” Florida’s Gov. Ron DeSantis has managed the pandemic much better than Gov. Andrew Cuomo has. DeSantis has kept business open (still Florida is among the lowest in percentage of COVID-19 cases). Most of our favorite restaurants have stayed open (with required spacing). Many schools in South Florida — about half — are charter schools which stayed open, and hospitals functioned well under the circumstances. Most workers are not on the dole so there is far less upset for being stuck at home. Most importantly, we were among the earliest to get our vaccine. Publix Supermarkets has stores with pharmacies in practically every town and city in Florida and they efficiently handled their millions of customers and all others who complied.

DeSantis might be a candidate for president next time around. He certainly has proven that he can get the job done. There are a lot of cities, particularly along the Pacific Coast, whose downtown stores and businesses have been plundered and their owners have deserted them for friendlier places. One of the friendlier places is Florida where business is booming and there are virtually no signs of the terrible upheavals our country has experienced elsewhere. This did not happen by accident. Through the years the leaders and builders of this great state of Florida have cultured a population of people from every place in the Western hemisphere and every place in the world. People who love the climate, love the beauty, love the freedom and love their neighbors.

Perhaps you should start packing up before there is no space left.

Editor’s Note: Harold Miller lives half of the year in Auburn, New York.