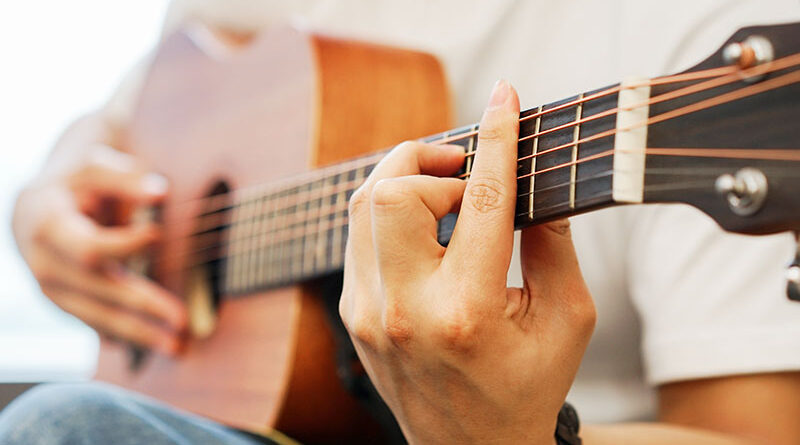 Learning to play later in life is ‘pretty common’

Ever wished you had learned a musical instrument? It is not too late. Learning to play later in life is pretty common, according to Gina Holsopple, owner and instructor at Gina Marie Music Studio in Oswego.

At least 10% of her students are 55-plus, signing up to take eight-week blocks of lessons.

“There’s a lot to be said for how it stimulates your brain,” Holsopple said. “It’s about the way you think about music and you’re moving muscles you’ve never had to move like that.”

Though most 55-plussers taking lessons from her go for guitar, others favor other instruments. Some had played instruments as youngsters; others have played nothing at all.

“You’ve built your life around your kids’ activities and all of a sudden, you’ve got time and you need that stimulation,” Holsopple said. “You want something that’s yours and stimulates your brains. There is some incredible confidence boosting that happens in that space.

“I also see those who say, ‘This is harder than I thought it would be.’ But they love the challenge. It’s harder to learn but the benefits are even greater.”

Typically, students at this age already know what they want or they know the type of instrument they like to hear and select from that category, such as the violin from the stringed instruments.

Jay Gould, owner and instructor at Apex Musical Instruction in Syracuse, said that anytime a person learns something creative, it can be a positive experience, though “some have a predisposition so they can perform better than others. Most everyone sticks with it and manages to play songs eventually.”

Compared with children, new adult students have a few advantages. Gould said that their hands are large enough to operate the instrument, for example. They also begin and continue playing with different motivations.

“There are plenty of times that a young student is here because someone else wants them to learn it,” Gould said. “Or the child shows interest and the parent gets really excited about it and it was only a passing interest.”

Adults can also manage their time better to ensure they will practice on their own often enough. Unlike children who have many other obligations with their time, retirees can spend all the time they want on practicing their instrument outside of their lessons.

Chris Rhoads, store manager at Guitar Center Rentals in Syracuse, encourages anyone who has been interested in playing an instrument to “scratch that itch if it’s something you’ve always wanted to try. You’re doing it for yourself. It’s not your parents dragging you to lessons like when you were a kid.”

While learning an instrument can be challenging—especially if playing in public is the goal—nearly anyone can achieve a level of playing that is tuneful and pleasant.

“Most instruments are not hard enough to learn having fun playing,” he added. “You can spend a lifetime becoming a master, but it’s not too far down to the road to learn enough to have fun.”

Rhoads, who is 55, doesn’t believe that learning an instrument is too hard for someone his age or older.

“The regimen of learning an instrument keeps your facilities going,” he said. “You’re reconnecting in the brain of how to put your fingers here and there. You have to think in ways you’re not used to and you’re using your hands and or feet, depending on the instrument.”

A few of the drawbacks are like those ubiquitous to undertaking many other activities later in life, such as arthritis causing stiffness in the joints. However, Rhoads said that choosing the right instrument can mitigate those effects.