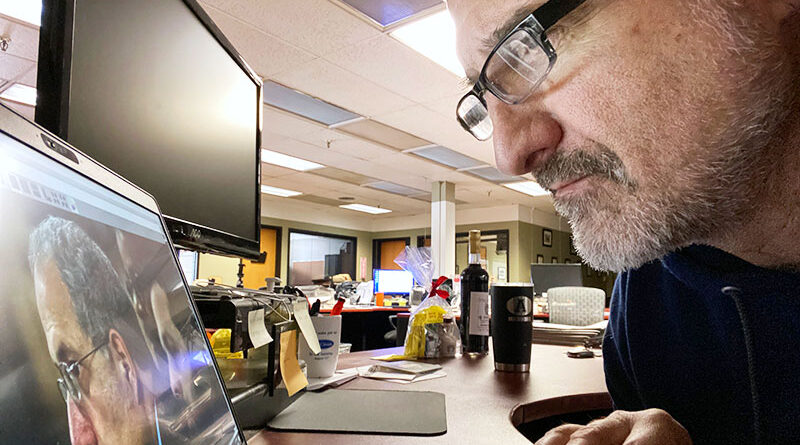 It was a warm summer day when Kevin Rivoli dropped off his two teenage sons at lacrosse practice and turned to head home.

Driving down a country road a short time later, he noticed a teenager in an oncoming car signaling to turn at an intersection. Suddenly, the driver began turning into Rivoli’s path.

“I tried to veer to avoid him and he just kept coming,” Rivoli said.

The vehicle T-boned Rivoli’s car on the driver side and smashed into it with enough force to push the car off the road, down an embankment and into a deep ditch. Rivoli, who was wearing his seat belt, was thrown around like a rag doll by the initial impact and then again when his car landed at the bottom of the ditch.

“So, my car basically exploded right around me,” he said. “The airbags went off, all that stuff.”

He banged up both knees and an elbow. The airbag cut him up and the seat belt left painful marks across his chest. There were a few broken ribs too. But, the worst was his lower back. The accident occurred in early August. He underwent back surgery weeks later, but was able to put off a knee operation.

In a photojournalism career spanning three decades, Rivoli, 60, of Auburn, had covered countless car crashes, but this was different. For several days after the accident he felt stunned and struggled to fully wrap his head around what had happened.

“I didn’t think about my career coming to an end until I was recuperating from the back surgery and it was a tougher recuperation than I thought it would be,” Rivoli said. “And that was very upsetting to me.”

Rivoli enjoyed a long and distinguished career. His work appeared in national publications. The National Press Photographers Association named him Photographer of the Year in the New York/International Region five times. And yet, a career as a photographer was something he hadn’t considered earlier in life.

He took a photography class in high school, but never entertained pursuing photography. He studied physical education at SUNY Cortland, but after graduating moved around and worked odd jobs to make ends meet. He tended bar, waited tables, worked at a bank, sold insurance and took a job at a computer store.

He was living in New England when a lightbulb in his head went off one day while watching a football game on television. He noticed the sports photographers on the sidelines. What a great, easy way to make a living, he thought.

He eventually found a how-to photography book, bought a Minolta X700 and began teaching himself the fundamentals of photography. He convinced a small weekly newspaper to publish some of his sports photos for free. That led to paying assignments and eventually a full-time job as a photographer at a weekly newspaper.

Rivoli was still very green to the news business in the late 1980s when he landed a position at The Auburn Citizen. The photography director there schooled him on many of the finer points of photography. At first, all Rivoli wanted to shoot was sports, but he soon became interested in telling stories of ordinary people doing ordinary things, captured in an extraordinary way.

After eight years with The Citizen, Rivoli spent five years as assistant photo editor for The Democrat and Chronicle in Rochester. Next, he spent 14 years working as a contract photographer in Upstate New York, mainly for The Associated Press, The New York Times and USA Today.

“I’ve been blessed to work with a lot of talented photographers, but pound for pound he’s probably the best I’ve worked with,” said Gary Piccirillo, a longtime friend and colleague. “He’s got this ability to see what the rest of us can’t. There’s something unique and different about his vision.”

In 2008, Rivoli released “In Search of Norman Rockwell’s America,” a photo book two decades in the making. An admitted “small-town America guy” and longtime fan of Rockwell’s work, Rivoli painstakingly captured photos similar to many of the artist’s iconic paintings.

“The book juxtaposed my images with Rockwell’s images, proving the point that the America that Rockwell painted still exists today,” he said. “You just have to kind of look for it.”

Rivoli’s work was also part of a traveling gallery exhibit that placed a few dozen of his photographs side by side with Rockwell’s original paintings. The exhibit spent two years crisscrossing the United States and was featured in Japan.

Although he enjoyed his job, Rivoli’s contract and freelance work disappeared almost overnight when the Great Recession hit. It took several years to recover from the setback, but he went to work for Syracuse.com, shooting video and photos. In 2016, he returned to The Citizen as staff photographer covering life for Cayuga County’s 80,000 residents.

“We’ve been just so blessed to have him here,” said Jeremy Boyer, executive editor of The Citizen. “A photographer of his talent, they come along very rarely.”

When they discussed the job, Boyer said Rivoli, who lives in Auburn, wanted to return to being a daily news photographer and have more time to spend with his family. Boyer readily agreed. He said the combination of Rivoli’s experience, talent and determination are invaluable.

“He loves what he does and that really rubs off on everyone here,” Boyer said.

His photographs are routinely featured on the newspaper’s front page.

“It’s really just a tremendous place to live and work,” he said. “I’m always able to find an interesting face or story.”

Such was the case in late February 2020. Rivoli was sent to cover a press conference concerning the power struggle between rival factions of the Cayuga Nation. He expected it to be over quickly and then he’d head to Onondaga Community College to cover the boys’ basketball playoffs. But after the event the two factions clashed and Rivoli sprinted toward the melee.

While shooting photos, Rivoli was pepper-sprayed in the face. Blinded, he stumbled away. Once he repeatedly flushed his eyes with bottled water, he could see enough to continue snapping photographs. Afterward he called his editor to alert him to what had happened. He drove home, filed his photos and then headed off to cover the boys’ basketball playoffs.

As the world plunged into the pandemic last year, Rivoli began to view himself as part photojournalist and part historian. He said every photo he’s taken has been with a historical perspective in the back of his mind. The masks, the separation, the death, the new ways to celebrate life and stay sane.

“Every photo I take is a record that will live long after I’m gone, especially with COVID,” he said. “It’s been a really sad year, but a very powerful year of pictures.”

After his accident and surgery Rivoli’s focus shifted from the pandemic to recovering from his injuries.

“I really didn’t anticipate the recovery to be as tough as it was,” he said. “I was in a lot of pain after surgery.”

At home with his wife and children, Rivoli slowly began to heal. But, he soon realized he was never going to be as fit as before the accident. The life of a photojournalist is more physically taxing than people might imagine. Rivoli routinely totes at least 20 pounds of equipment. Depending on the assignment there could be squatting, climbing or running. Once while photographing a Syracuse University basketball game, 6-foot-9-inch Rakeem Christmas accidentally landed on top of Rivoli, knocking him on his back.

Rivoli said he’s had to learn to live with a certain amount of pain and discomfort from the time he wakes up until he goes to bed. Despite the challenges, he said he decided “to make lemonade out of lemons.” If he wanted to continue working, from now on he’d have to be smarter and more efficient in his work and focus on taking care of his body.

In early December, after four months, Rivoli returned to work at The Citizen. Since returning to work Rivoli has learned to adapt to physically challenging situations. And he’s refocused on his health, riding an exercise bike daily as well as lifting weights and trying to watch what he eats. The steps he’s taking to safeguard his health and extend his career expose a paradox in Rivoli’s professional life.

“My career in longevity may be on the downslope, but I’m basically at the peak of my game right now,” he said. “I’ve made, in my opinion, some of the best pictures over the last couple of years that I’ve made in my whole career.”

He said the reason is simple: he has so much life experience to draw upon. He views his age as an asset when it comes to documenting the world around him. He’s able to communicate with people of all ages and backgrounds, which leads to better photos. When he shoots an assignment, he already knows how the light will fall on a subject’s face or whether a wide-angle lens will better capture the moment.

While his career will end someday, as all careers inevitably do, Rivoli said retirement hasn’t crossed his mind and he’d like to keep taking photographs into his 80s or 90s; he can’t imagine doing anything else.

“My career in longevity may be on the downslope, but I’m basically at the peak of my game right now.”

Saying it with Photos

Kevin Rivoli, a photographer with The Citizen in Auburn has been working in photography for a long time. The National Press Photographers Association named him Photographer of the Year in the New York/International Region five times. Here is a sample of some of his photos. 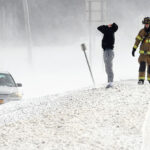 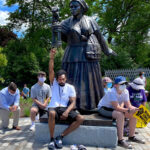 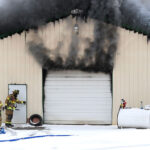 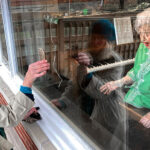 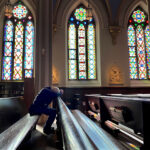 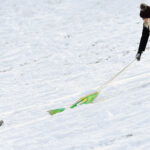 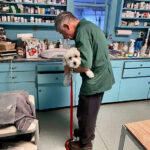