Problem is mostly due to inadequate parenting 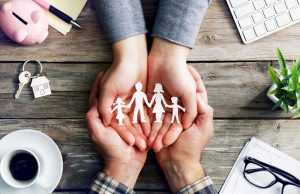 Journalist Bill O’Reilly recently wrote a scathing editorial on the breakdown of the American family.

“Bad parenting is the main cause of ‘income inequality’ in America,” he wrote. “If a young child is not exposed to learning by age 2, that innocent helpless person is already at risk in a competitive society.

We begin with education. If there are no books in the home, no awareness-building games, no fun dialogue with the parents, the child will not develop a curiosity about life. As the child gets older, parents must participate in the learning process — emphasizing the tremendous importance of academic discipline — and they should monitor school work on a daily basis.

Then there is the work ethic. If a child does not understand that accomplishment is based on performance — doom is nearby. Hard work must be taught, it is not inherited or casually acquired.

Many parents are irresponsible, lazy, apathetic and self-absorbed. And then there are parents who abandon their children — surely reserving a prime spot for themselves in hell.

And then there is the social aspect. Parents failing to teach their kids proper grammar, table manners and polite behavior. Permissive mothers and fathers allow their children to be tattooed and pay for skin piercing. Does anyone really think that those things will lead to more economic opportunity?

Leonard Pitts Jr., columnist for The Miami Herald, weighed in on this red-hot topic more than a decade ago. His column was titled:

The share of U.S. children living with an unmarried parent has more than doubled since 1968, jumping from 13% to 32% in 2017, according to an April 2018 Pew Research Center analysis of U.S. Census Bureau data.

“This issue is not political — principally it is not racial, nor is it economical (although poor children suffer the most harm),” Pitts Jr. wrote in his column. “The family is the core of civilization in all societies. No matter how strong militarily, how wealthy or how well governed, a country cannot survive for long without moral, honest, well-behaved and well-educated children and most of what a child learns is caught, not taught.

“Today, half of our children are born into single parent households. I believe our slide toward a fatherless society, a society where the male parent is considered optional, irrelevant or interchangeable, is toxic for our children. This concern is buttressed by a growing body of research which tells us that a child raised without his or her biological father is significantly more likely to live in poverty, do poorly in school, drop out of school altogether, become a teen parent, exhibit behavioral problems, smoke, drink, use drugs, or wind up in jail”.

A recent survey conducted by the Wall Street Journal in conjunction with NBC News shows that values that Americans say define the national character are changing, as younger generations rate patriotism, religion and having children less important to them as young people two decades ago.

As a personal footnote: I was born in 1933 at the height of the Great Depression and remember how my parents struggled to put clothes on our back and food on the table. Friends and family all lived through WWII in fear of losing our way of life (as humble as it was) and trembled as members of the family went to war to save our great country.

Sadly, this generation has no concept of the sacrifices that were made so that most of today’s children can live a good life. As a matter of fact, schools are downplaying this nation’s history in classrooms today.

The mighty Roman Empire collapsed from within because of corrupt politicians, greed, laziness, abandonment of religion and proper upbringing of their children.

Is it foolish to believe that history might not repeat itself?