We are really lucky, gentlemen, so let’s make the best of it 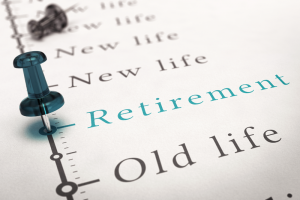 I was unaware of it, but I am a “new senior man.” After I had read co-author Thelma Reese’s explanation of who this man is, I suddenly felt a little younger, I had an extra bounce in my step, and I swear that I was walking a little more upright and less stooped over.

She has reminded me and other male retirees that we could conceivably have one-third more of our lifetime ahead of us at retirement, and we can spend it on living life to the fullest. What a gift!

Reese and her colleague, Barbara Fleisher, interviewed more than 100 men between the ages of 60 and 100 and compiled 50 stories of “The New Senior Man.”

These are men who have had, in some cases, three careers, some of them in retirement. I can relate to this. I retired at 59 ½ from a lifelong publishing career. In retirement, I have taken on two new careers — teaching and writing. So most of these men are active well into retirement and have decided they would not retire to nothing.

Don’t get me wrong: All of the issues associated with aging still are there; there are no fountains of youth, no magic potions, no shamans doing voodoo dances to reverse the aging process, but, apparently, the new senior man doesn’t need any of these gimmicks, because he has changed and has the strength to deal with challenges and adversities much better than his predecessors did.

A recent survey by the prestigious Pew Research Center shows that just 17 percent of those over 80 have smartphones, but more than half between the ages of 65 and 69 have them and 82 percent of the latter group use the internet.

I see this disparity in my own family. My brother, who is eight years older than I, uses a flip-top phone but does not have and does not care to have internet access. He has no interest in technology whatsoever.

On the other hand, I use the internet frequently, not only for my new-found careers, but also for socialization and entertainment. I am on email, Facebook, Twitter, LinkedIn, Snapchat, Instagram and Instant Messenger. I have never, however, gone onto an internet dating site, but many single or widowed men my age have.

I text my children and grandchildren, because this is their preferred way of staying in touch. If I waited for a phone call from any of them, I would be growing cobwebs.

While young people are certainly more tech savvy than most of those my age, we have enough knowledge to be in the game rather than on the sidelines.

A dozen or so times a day, when I have a question to which I do not know the answer, I turn to my new encyclopedic partner, Ms. Google. If I want to hear a ‘50s oldies song that I have not heard in years, it’s available at the touch of a button on my smartphone. If I need to know when someone was born or died or some other arcane fact, I am rarely disappointed by Ms. Google and her crew.

Yes, many curse the technology that has given us access to this new world of information, and, of course, there are many opportunities for abuses, but I still marvel at how instantaneous information is available to me compared to when I was a kid and had to trek to the library to find my answers there or remain ignorant of the answers.

Although I am in pretty good physical condition and do a daily five-mile walk, I still get the aches, pains and occasional illnesses that befall all of us. Retirees of yesterday, however, found that their illnesses were more serious and led to less physical activity, a restricted lifestyle and an earlier demise.

In 1930, the average life expectancy for men was 58; by 1960 it had risen to nearly 70. This dramatic changing demographic makes the new senior man visible, because he is now part of a rapidly growing number.

And the researchers have saved the best until last: “Today’s man who enters what used to be called the `retirement years’ is on the threshold of a period of self-discovery and personal growth.”

If you don’t believe that, just pay attention to TV commercials to see how marketers view the importance of this age group. By 2029, the U.S. Census predicts that 20 percent of the U.S. population will be age 65 or older.

These men now have time in retirement to develop what they lacked previously: a support system of friends who listen to each other. The researchers also said that this is going to be a time of deepening personal relationships, of exploring new interests that beckoned but were out of reach and learning new ways of self-expression.

We are really lucky, gentlemen, so let’s make the best of it.