“Has a friend ever promised to send you information ‘tomorrow,’ but ‘tomorrow’ turned into never?” 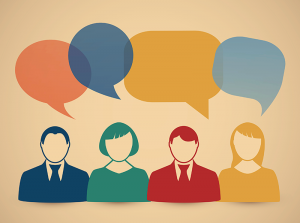 My mother’s favorite ethical phrase was: “Your word is your bond.” I adopted it, too, because it represents my sacred pledge that you can trust what I say is true. If I tell you that I will do something, you can rest assured that it will happen unless there is a compelling reason that prevents me from doing so.

This inviolable pledge is not unique to my mother, although both she and my father invoked it as their guiding principle in operating our corner grocery store for more than 35 years.

The modern version of this saying goes back to the Bible. In the Book of Numbers, we find this quote: “When a man … swears an oath to bind his soul with a bond, he shall not break his word; he shall do according to all that proceeds out of his mouth.”

Have you ever made an appointment with the representative of a business to give you an estimate on a project, but no one ever showed up? Have you waited sometimes several hours beyond the appointed time for a medical provider to see you, yet no one in the office even bothered to give you an explanation about why there was this long delay?

Have you ever made a loan to a family member who promised to pay you back within a certain period of time, but the deadline came and went without even a mention of why the promise was not kept?

Has a friend ever promised to send you information “tomorrow,” but “tomorrow” turned into never?

Some have been able to handle these situations by not taking them personally. Because my “Your word is your bond” mantra is figuratively pasted to my forehead, I tend to expect others to abide by the same expectations, but most don’t.

I have been told that the most important thing to understand is that other people aren’t me. Their priorities and top of mind awareness are not mine.

It’s not that they are malicious. They usually mean what they say at the time, but then the complexities of their own lives get in the way of the promises. In our frenetic, can’t-catch-a-breath world, getting busy and concerned with their own issues can make mine seem less important, even forgettable.

Sometimes people will lie just to buy time or get you off their backs. I recall having had a conversation with a publicist for comedian George Burns, who was in his early 90s at the time and a living legend. I thought Burns would make a great interview, and I asked whether the publicist could intervene.

She hedged, saying he had a very busy schedule, but I persisted, so she finally said that she would call me the following week to set up an interview. “Next week” came and went. I called — several times — to try to find out what went wrong. She would not take my calls. After more than a month of this, I finally took the hint: Her promise was not sincere; it was just a way to blow me off.

I had the last laugh, though, because the next year Burns was featured in a one-man show at a theater in the Pennsylvania city where I was the newspaper editor, and I interviewed Burns on that occasion. What a letdown! He was the rudest person I ever interviewed.

Is it ever ethical to lie? I guess the textbook answer is “no,” but, in reality, we lie all the time. We gloss over the majority of these lies by convincing ourselves that they fall into the “little white lie” category. These are instances where we lie for a good cause.

For example, your spouse tries a new dish, which took her several hours to prepare — just for you. It’s disgusting. When she asks how you like it, do you tell the truth, do you lie or do you use a euphemism — “This was really different” — hoping that she doesn’t catch on?

Is it OK to tell a little white lie to spare a friend’s feelings? When my spouse, who packed on a few pounds, asked whether she looked fat, should I have told the truth? (I didn’t.) Should you lie when asked about past encounters with the opposite sex prior to your marriage or serious relationship?

Philosopher Charles Fried says that lying is always wrong, because it shows disrespect for the person to whom we are lying. Others, however, do not find it as clear-cut. They view the intent of the lie in determining how harmful it might be. Lying to a family member, who will be the honoree of a surprise birthday party, is perfectly acceptable, most believe.