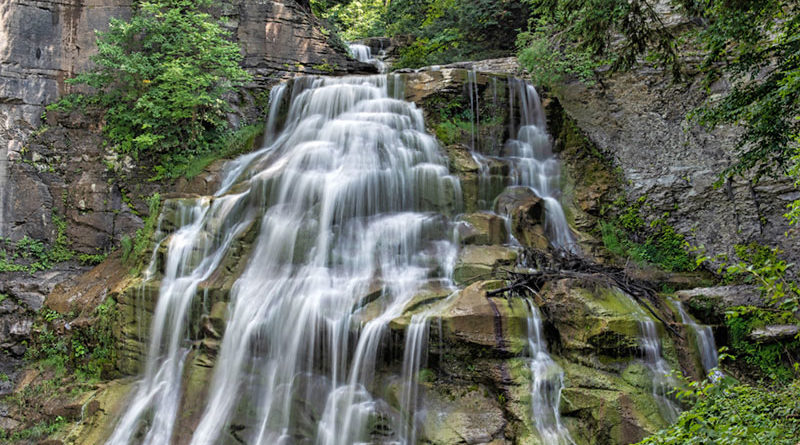 Located in Central New York, Madison County has the perfect location. It is close to major cities, the Finger Lakes, and the Adirondack Mountain. The county is blessed with a diversity of things to see and do from sparkling waterfalls to historic sites to great antique hunting. The county was named for the fourth President of the United States, James Madison. Three colleges call Madison County home: Cazenovia College, Colgate University and SUNY Morrisville.

1. Erie Canal: The Erie Canal cuts through Madison County. Today the Old Erie Canal State Historic Park is home to one of the only remaining portions of the original Erie Canal. The old towpath extends 36 miles through Chittenango and Canastota. In Canastota the Canal Museum is housed in one of the oldest structures on Canal Street. The Chittenango Landing Canal Boat Museum has a three-bay dock where 96-foot-long Erie Canal boats were built and repaired during the 19th and 20th centuries. The on-site interpretive center and library provides hands-on activities and exhibits. There is also a sunken canal boat, blacksmith shop, sawmill, stable, warehouse and woodworking shop.

2. Underground Railroad: The National Abolition Hall of Fame in Peterboro is the perfect place to start for an overview of the Underground Railroad. In 1835 when the NYS Antislavery Society tried to hold its meeting in Utica they were driven out by a mob to Peterboro where Gerrit Smith welcomed reformers, especially abolitionists. The hall of fame is located in the Smithfield Community Center where that historic meeting was held. The Gerrit Smith Estate, a National Historic Landmark, is located nearby.

3. Land of Oz: Chittenango is the home of the International L. Frank Baum & All Things Oz Historical Foundation. Chittenango is the birthplace of author L. Frank Baum, whose works include “The Wonderful Wizard of Oz.” Each year, for more than 40 years, the thousands of people attend the Oz-Stravaganza, a multi-day event with live music, costume contests, food, rides, vendors and fireworks. The event has been canceled this year but will return June 4-6, 2021.

4. Ringside: Canastota was the hometown of Carmen Basilio, a world champion boxer in both the welterweight and middleweight divisions, beating Sugar Ray Robinson for the middleweight title. The small town was also the home town of Basilio’s nephew, Billy Backus, a world welterweight champion. To honor these hometown boxers the International Boxing Hall of Fame was created. Starting in 2020 women will be inducted for the first time. Ceremonies are held each year to honor the new inductees.

5. The Arts: At the Art Stone Quarry Hill Art Park visitors have the opportunity to explore unique outdoor artwork amidst 104 acres of conserved land, along four miles of trails. Over 100 artists from 19 states and eight foreign countries have artwork on display. The county is home to several instructions of higher learning where there are often live theater presentations and art shows. Check out events at the Palace in Hamilton and the Nelson Odeon in Cazenovia. 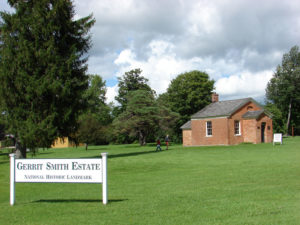 6. The Beverage Trail: Something for every taste can be found in Madison County. The county was once the leading producer of New York state hops. The heritage continues: Foothill Hops Farm Brewery is the first commercial grower of hops in the county in over 50 years. Like most of the craft breweries in the county, they use locally grown hops. Good Nature Farm Brewery recently won gold medals for four of their IPAs. In Lebanon Old Home Distillers produces handcrafted spirits, including bourbon, whiskey, gin and brandy. Just one of the crops at Critz Farms Brewing and Cider Co. is their hard cider. Try “Betty’s White” wine at the Owera Vineyards.

7. Waterfalls: Madison County has one of the newest waterfalls that is now open to the public. Delphi Falls County Park, opened to the public in August 2018, contains two waterfalls, a house, a barn and surrounding woodland. Currently, the falls are accessible for viewing from the bottom via a newly created stone dust path. The county is home to several picturesque falls with Chittenango Falls being one of the favorites. The falls can be viewed from the top or from the bottom via a winding trail.

8. Shopping: Antique lovers all know the name Bouckville where the largest antique show in New York state is held. Each year the event hosts over 2000 dealers and vendor in 14 show fields and stores along historic Route 20. Admission is free and food trucks are on site. Check out the unique shop such as Cazenovia Artisans, The Shoppes at Johnny Appleseed, and Evergreen Gallery and Gifts.

9. Historic Houses: During the 1800s there were several attempts to create the perfect society — Utopia. The Oneida Community founded by John Humphrey Noyes was one of them. All that is left today is the Oneida Community Mansion House. The historic house has a museum that details their religion and societal practices that rejected monogamy and where all decisions about childbearing and rearing were decided by committee. The community manufactured Oneida flatware from 1848 to 1880. Not to miss is the historic Lorenzo House overlooking Cazenovia Lake. The 1807 Federal style home of John Lincklaen was continually occupied by the family until 1968 when it was conveyed to New York state. Don’t miss the formal garden and Dark Aisle Arboretum.

10. Out-of-doors: Any season is a good time to visit Madison County. Go horseback riding and hiking, plus boating and kayaking on one of the more than 15 lakes and ponds. During the winter enjoy cross country skiing and snowshoeing.

Photo: Madison County has one of the newest waterfalls that is now open to the public. Delphi Falls County Park, opened to the public in August 2018, contains two waterfalls, a house, a barn and surrounding woodland.