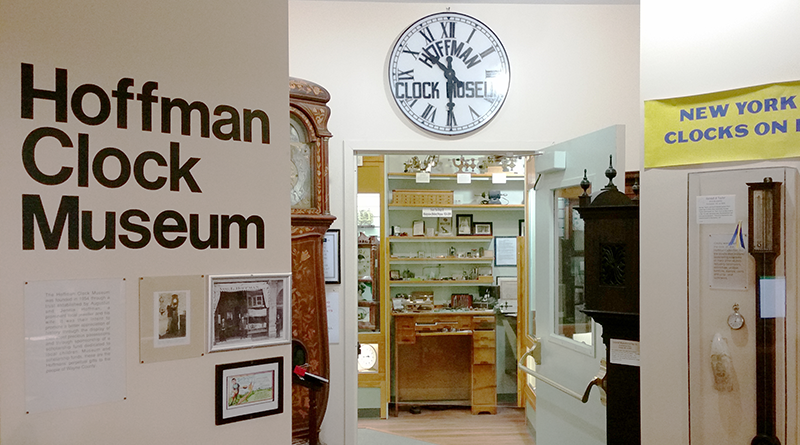 That includes the Museum of Intrigue in Syracuse

Museums don’t have to display fine paintings or sculpture. Pop culture, specific interests and the downright quirky comprise the collections at the following 10 offbeat museums.

1. Redfield’s North American Fiddlers Museum and Hall of Fame in northern Oswego County pays tribute to the stringed instruments and those who saw and twang them. Some of the displays include 200-year-old fiddles. Visitors also see fiddling memorabilia, repair tools and more. The Museum and Hall of Fame self-bills as “a place to jam” so bring your fiddle along.
www.nysotfa.com/NYSOTFAMuseum.html

2. Visit Norwich to tour the Northeast Classic Car Museum, comprised of almost 200 classics, including the Franklin, a car built in Syracuse in the early 1900s, as well as other models. See vintage airplanes and motorcycles and period costuming at the museum, too.
www.classiccarmuseum.org.

3. DIRT Museum and Hall of Fame in Weedsport, Cayuga County, speeds through the history of East Coast auto racing. Housed on the grounds of Weedsport Speedway, the museum features vehicles from 1975 to more recent times. Check the website for listing of Hall of Fame inductee events and speakers.
www.dirthalloffameandmuseum.com.

4. Get into the ring — figuratively, at least — at the International Boxing Hall of Fame in Canastota. The organization inducts fighters annually. Anyone who loves boxing would enjoy viewing the artifacts and exhibits relating to boxing’s superstars like Muhammad Ali, Joe Frazier and “Sugar” Ray Robinson.
www.ibhof.com.

5. Sweeten your day at the American Maple Museum in Croghan near Lowville. The museum chronicles the progression of syrup making from native Americans’ early discovery of sugar maple tree sap to the technology used in current times to collect and boil sap. In 2017, the museum bested 200 applicants worldwide to win the coveted Media and Technology MUSE Award. In 2016, the Smithsonian won, which demonstrates the quality of the Maple Museum’s immersive audiovisual exhibits. They include the sounds of tree tapping, for example, so visitors feel like they’re spending a day in the forest.
www.americanmaplemuseum.org.

6. The Museum of Intrigue in Syracuse is less of a “walk-through-and-see-stuff” type of a museum, but more of an experience. Visitors select a “story” upon entering, and then tour the museum’s exhibits and artifacts while interacting with various characters to solve a mystery.
www.museumofintrigue.com

10. All aboard! Check out the Oswego Railroad Museum, dedicated to exhibiting all things related to railroading, including artifacts, photos, and a model train exhibit. It’s near the more famous H. Lee White Maritime Museum, so why not do both in one outing?
www.oswegocounty.com/oswegorailroadmuseum.html

11. In Newark, check out the Hoffman Clock Museum. Housed in a wing of the public library, the museum displays more than 300 timepieces and tools of the clock repair trade. Plus, the museum features a mural-sized stained glass window. Call ahead to meet with the curator for a more informative tour of the museum.
(http://hoffmanclockmuseum.org).

Smaller museums may not keep regular hours, so contact the museum before making plans to visit.