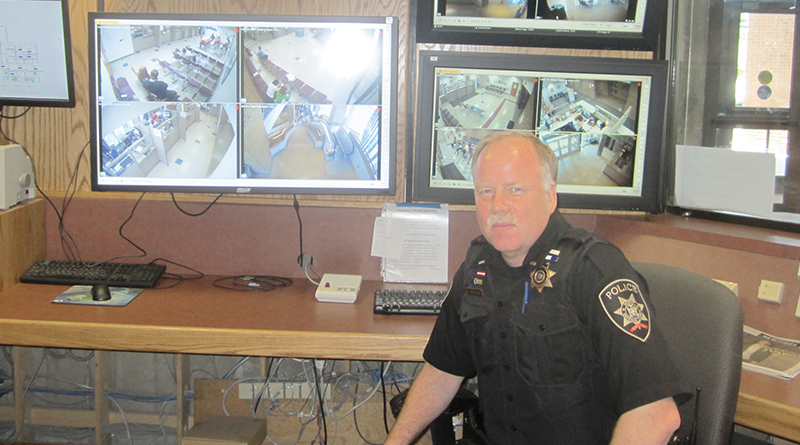 Retired troopers, city police and others are now using their skills at a special patrol unit in Onondaga County

Onondaga County Sheriff’s Office has 600 officers on duty and some of the best and most experienced are part of its special patrol unit.

These 25 men and women are all former law enforcement or corrections officers who are retired from their departments and wanted to keep patrolling the thin blue line.

Camaraderie can be a big part of police work. As the special patrol’s supervisor, Lt. John Anderson said, it’s not only a job; it’s a lifestyle.

The force secures the Oncenter in Syracuse along with the Onondaga County office building and security headquarters. It is a way for the county to take advantage of a windfall of experienced officers who otherwise might be putting law enforcement behind them.

“When they retire, walking away from that is very difficult for many of them,” Anderson said. “To come back and work in the workforce doing what they know best, working with their fraternal order of brothers and sisters who they’ve worked with for years, it allows them to still be active.”

All the special patrol officers are part-time employees and they can only earn up to about $30,000 a year, Anderson said. The unit, which began in 2005, is funded by reimbursement from the individual agencies that use their security.

Officers from any municipality can become a special patrol officer, so the background of men and women on the force is quite diverse. Anderson said there are retired captains, lieutenants and sergeants that he supervises with backgrounds as varied as administration, information technology, special operations, firearms training and SWAT. They come from area municipalities, corrections, state police and one was an officer on the Oneida Nation.

It can be a busy position. Over 220,000 people visit the county social services department alone each year, Anderson said. There are over 1,300 employees at the county complex.

But even though it can be busy, the unit tries to embrace the public rather than build walls between them and law enforcement. The unit is not “pro-arrest,” Anderson said.

They operate with the understanding that some of the people who use county services may be under emotional, mental or financial stress. They do their best to resolve situations that come up peacefully rather than escalate them, Anderson noted.

“We do a lot more talking and a lot more resolving,” he said. “If there’s somebody that needs to be walked out, we make sure we walk them out. The arrests that are made are really last resort. Some of them you have to make an arrest. People become combative and you got to take care of business.”

One of the things Anderson realized when he took the position in July of last year was that although his experienced officers were trained in diffusing conflict, county employees were not. He started a program to remedy that. Recently, he has started training scores of supervisors in the art and science of de-escalating tense confrontations between civilian employees and the public they serve.

He also jumped at a chance to relocate the special patrol’s base of operations to the basement of a vacant credit union building at 421 Montgomery St. in Syracuse.

Anderson expects it to be fully operational by the end of this year. It will include a holding area, conference room and a safe to store evidence.

“We’ll be working out of a small precinct area and working more like a village police department in a way,” he said.

That community policing is another aspect of the job that special patrol officers might find appealing. Law enforcement doesn’t often get to do that too often anymore. They are usually out on road patrols going from call to call, Anderson said.

Marc Marino, 60, a 25-year veteran of the sheriff’s office and corrections, joined the special patrol last December. He said he is enjoying the job.

Special patrol officer Joe Langevin has been working the position since September of last year. He spent 31 years as an officer, including time in Oneida and Madison counties.

“It’s just very nice to be back home in Onondaga County because we have a larger bank of resources than they do in Oneida County and Madison County. The people are all very good in this unit. We’ve been there. We know how to do the job,” Langevin said.

Anderson, who is himself a 31-year veteran of the sheriff’s department and the only full-time employee of the unit, agrees with Langevin.

“I think we certainly have without question the most experienced unit of the sheriff’s office.”