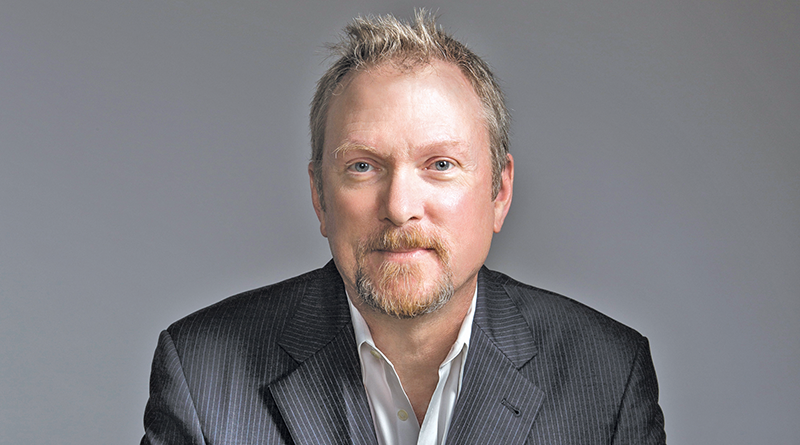 The curtain has risen on a new artistic director at Syracuse Stage.

It’s also a new act for Robert Hupp, 57, who moved to the Central New York area this summer, with his wife, Clea, from Little Rock, Ark., where he oversaw the Arkansas Repertory Theatre for 17 years.

Hupp said he was happy in Little Rock but he believes that in his field, it is important to stay fresh and open to new possibilities.

“I think you reach a certain point, particularly in my business, where you need to challenge yourself, you need to surround with new circumstances, new opportunities and to stay fresh,” he said. “I would have been totally content to stay there another 10 years and retire. In talking to my wife, and looking at what we wanted to do, what we wanted to accomplish, it just seemed like if we’re going to make a move, this was the time to do it. I think we both thought this would be a great opportunity to turn the page, to start a new chapter. ”

Clea is a Middle East historian and professor, and while she is teaching remotely at the University of Arkansas at Little Rock, she is looking for a teaching job here in Central New York.

Hupp took over on July 1 at Syracuse Stage, and although he’s only been on the job a short time, he’s wasted no time in laying some groundwork.

His goals, he said, are to build on the legacy and success of Syracuse Stage, and to continue to enhance the theater company’s work, its engagement in the community and the contribution it makes to Central New York.

“Theater can really be at its best when it is not above or beside the community but a part of it,” Hupp said. “I would not presume to just arrive here and know what’s best. You have to take the time to listen and you have to take the time to meet people,” he said. “So I’m still exploring how the theater company can do the work that we do and make a contribution to people’s lives.”

While he is still studying ways to become more involved, Hupp indicated that one initiative the Syracuse Stage is working on is becoming more involved with veterans and veterans’ activities. He pointed to theater companies around the country that are working with veterans to help them tell their stories, to help them acclimate into life.

“It can be something as simple as entertainment, it can be something as simple as coming down to see Mary Poppins [an upcoming Syracuse Stage production],” he said. “Or it can be working with veterans on performance-based pieces that help them process their own experiences and tell their own experiences to people who might not understand what they’re going through or what they’ve been through. That’s not the only thing we want to do. That’s a concrete example of what the kind of thing I hope we can do more of. I think Syracuse Stage appeals to a broad audience because our work is very different — from popular musicals to more cutting-edge plays — but I think we also have to look specifically at the community where there are underserved areas that we can engage with, that we could really make a contribution to. Around the country, we’re finding that veterans groups are one of those areas.”

Community engagement is only one of the many aspects of Hupp’s work as the artistic director. He is responsible for programming, selection of the season, securing the artists, actors, directors and designers who will create the plays. He also works with the Stage’s managing director, Jill Anderson, on the financial health of the stage, from budgets to marketing and development.

“I’m always amazed at the level of talent that we see when we’re auditioning for shows here at Syracuse Stage. Mostly we could cast these shows four or five times over. You just see so many talented actors.

Currently, Hupp is working on the opening show of Syracuse Stage’s 2016-17 season, “Great Expectations.” All the shows in this season had been selected by the former artistic director, Tim Bond, and in a few weeks, he’ll begin auditioning in New York City with the director to cast “Disgraced,” the 2013 Pulitzer Prize winner that’ll be at Syracuse Stage in January-February. While about 30 people are fulltime at the Stage, including those who build sets and costumes, those who control the house and those who work the “front of the house” — each show will bring its own group of actors

Casting can be a tough but a rewarding process, Hupp said.

“I’m always amazed at the level of talent that we see when we’re auditioning for shows here at Syracuse Stage. Mostly we could cast these shows four or five times over. You just see so many talented actors. The lead for “Great Expectations” is a Syracuse University grad. That’s not uncommon because Syracuse University puts out such good actors. You frequently see them on our stage.”

The 2017-18 season will feature those plays selected by Hupp, along with the associate artistic director, Kyle Bass. A lot goes into the selection of plays for each season. Hupp and Bass meet weekly to discuss stories they want to tell and the directors they want to work with, all the time trying to offer an eclectic mix, considering at least one musical, classics, brand new plays, maybe one that has just won a Tony Award. Negotiating the rights to those plays they are interested in is a big factor, too, Hupp said. And if they are doing a play that is coming from another playhouse, there are economical factors to contend with and working with the other entity on sharing costs.

“It starts out as a purely artistic enterprise and then gets very practical very quickly,” Hupp said.

Once he and Bass have a list of plays they’d like to work on — ones they think would work, and would be of interest to their audiences — they work with managing director Anderson and her management team, and they determine what’ll work, what won’t and those that will with a few adjustments.

So, there’s a lot more to staging a play than some rehearsals and the opening night.

Hupp, who grew up in Delaware and West Virginia, brings decades of experience to Syracuse Stage. He attended college in Pennsylvania and then moved to New York City where he went to the National Shakespeare Conservatory. He then went to work at the John Cocteau Repertory, which was run by Eve Adamson, who Hupp credits with showing him how a theater is put together. He spent four years learning the financial, fundraising and marketing aspects of the operation. After Adamson retired, he succeeded her. He remained there until 1999 and then took the position with the Arkansas Repertory, where he’s been for 17 years. During his time in Little Rock, Hupp is credited with tripling the theater’s budget, increasing contributing income, and overseeing extensive renovations. Hupp also served on the board of the Theatre Communications Group, a nonprofit theatrical organization in New York, and has served as a panelist and on-site evaluator for the National Endowment for the Arts.