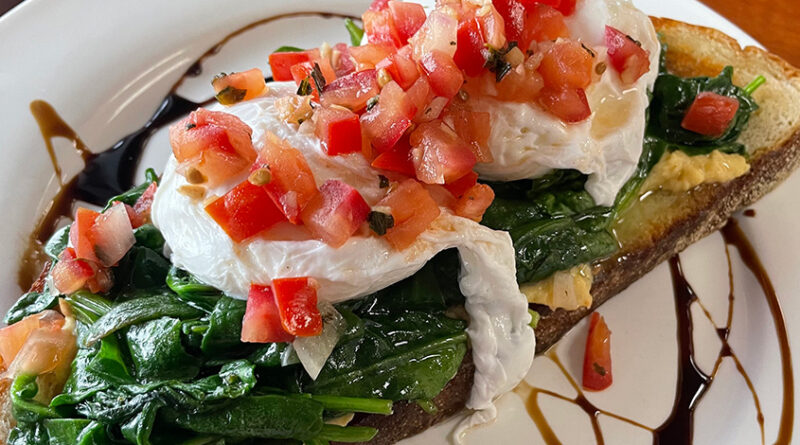 There’s a little place in Brewerton that has been getting a lot of chatter among friends and the community.

Brewer Union Café, at the corner of Bartell and Miller roads, is located in a place sparsely populated, aside from a few small businesses, a hotel, gas stations and a nearby neighborhood. It’s not in the middle of nowhere, but in a place you may not expect.

The small eatery under Chef Christian Felix has successfully blended the intimate feel of a boutique cafe with the casual atmosphere of a typical diner, a place where everyone should feel comfortable even when it gets super busy. And, according to Felix’s bio, his resume of the places he’s worked shows his experience and dedication to filling bellies.

To get the full experience of breakfast and lunch, I ended up going to Brewer Union twice. The first experience dining alone was filling, so it was obvious to go back for more — or it wouldn’t be much of a review, would it?

In chronological order, I ended up going with the reuben ($15) and the included side of fries. In fact, I’ve had part of this very sandwich before coming to this review. A former co-worker split this with me, because I had to taste it. The corned beef creation was great and delicious.

Consistency is key, and for the second time, I swooned over the sandwich. It’s a big sandwich, especially for the price, even with fries included. It’s completed with Swiss, bacon sauerkraut and smoked Thousand Islands dressing all stacked between slices of marble rye. The corned beef had a slightly smoky flavor and was as rich in flavor as it was in quality. Eating the entirety of this reuben by oneself is bold and, in a personal opinion, a disservice.

Oh, and the sides. The crispy homemade pickles are equally vibrant in color — it’s easy being green — as flavor. The fries are crispy standard fries.

The poutine ($9), which is listed as a side, is actually larger than its designation. The easily shareable pile of crispy fries is dressed in and softened by dark, seasoned gravy. Soft cheese curds are strewn throughout in various stages of melt. And that’s about it. The straightforward poutine hits the spot.

For the brunch visit, the meal was kicked off with the griddle toast ($12). The large piece of sourdough bread is toasted to a nice golden brown crisp. It’s topped with hummus, spinach, tomato bruschetta and two poached eggs before a balsamic drizzle decorates the plate.

This should be called the garden toast because how fresh the ingredients are. As aroma matches the flavor, it’s similar to walking through a garden with fragrant produce. Even with each cut of the knife, the hummus keeps the rest of the ingredients in place. Breaking the poached eggs coats the top with a golden crown.

Go big or stay home — the chicken and waffles ($15) followed shortly after. The tender, crispy chicken lived up to its promise and was joined by a Belgian waffle, breakfast potatoes and two eggs. Then, cue the Cedarvale maple cayenne butter sauce. The spotlight component, the chicken, was a sizeable piece. It was lightly breaded and fried, tender and never tough. Nor was it spicy, for those wondering.

The thick Belgian waffle, which was also cooked perfectly and without any blackened sear marks, nor was it dry, paired well with the chicken. When you pull it through some of the spicy maple sauce, it all adds up to a flavorful eating experience.

The breakfast potatoes were something to note because I couldn’t pinpoint the flavor I was tasting. The chunks of potato were nice and crispy on the outside, with a yellow-orange tint. My brain and palate brought me to the conclusion: asiago cheese. However, I was wrong.

The egg-coated potatoes were seared on the griddle, picking up whatever seasonings and flavors were on there. Unlike the mystery Dum Dum lollypop, where it’s one specific flavor, the spuds were tasty. No need for ketchup or hot sauce – that maple cayenne stuff was right there.

Lastly, for a treat, I opted for a cinnamon roll ($5) to go. Wife of the chef, Erin, boasted it was deemed the largest cinnamon roll around. She said there were one or two others that were much heavier.

Between the two days, the amount spent — plus, a cup of coffee I forgot to add in, and they offer coffee from local roasters — was just more than $64.

There were no significant complaints to be had. Brewer’s Union creates some savory and sweet options that will please (hopefully) anyone. It’s easy to see and taste what the buzz is about.

And be sure to call ahead and reserve a spot, especially on Sundays. The space fills up quickly.