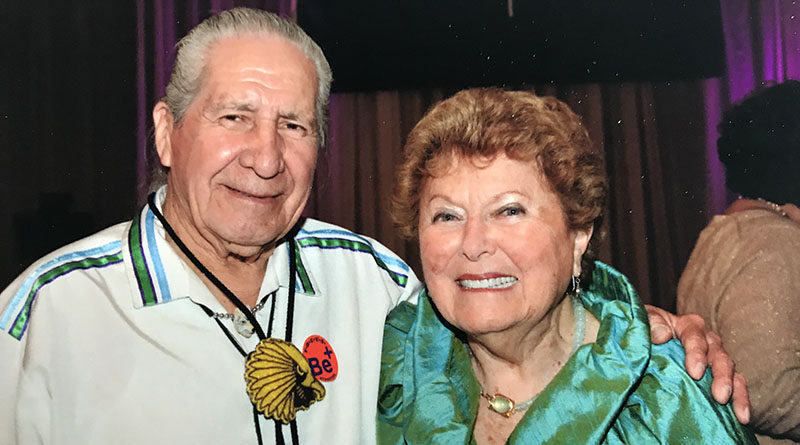 Second of a two-part series

In the first article on the “Amazing Life of Charlotte “Chuckie” Holstein,” we looked at how this vibrant, exciting 97-year-old woman became, and still remains, a force in the Central New York area.

It is through living out her ideals that has kept her ahead of history; issues she worked on years ago are now coming into public consciousness. (I recently read a report on the number of pedestrian–car accidents in the United States, which is extremely high compared to other countries. It reminded me that 12 years ago Chuckie was trying to bring attention to this issue as part of her effort to make Syracuse an age-friendly community.)

This article looks deeper at her involvement in local, state, national and international arenas.

Chuckie would see a need and find a way to meet it. Locally, she was a founding member of several nonprofits, including the Syracuse Commission for Women, Meals on Wheels, and the City–County Office on Aging.

In partnership with University College of Syracuse University, she was instrumental in founding the Citizens’ Academy to get citizens involved in learning how their local government works and how they could have an impact. She chaired the Syracuse University School of Social Work advisory committee for many years and was instrumental in creating the All-University Gerontology Center, as well as serving on the Syracuse College of Nursing board of advisers. Other boards are too numerous to mention, but she is perhaps best known for being the long-serving president of the Loretto board during a period of unprecedented growth.

Chuckie’s entree into national issues came because of her late husband Alex’s involvement as president of the local chapter of the AJC (American Jewish Committee), a human rights–human relations organization that fights anti-semitism and all forms of hate. She still participates as a member of The Jacob Blaustein Institute For The Advancement of Human Rights and is an honorary AJC national board member.

Preparation for these meetings required very in-depth research into the issues being discussed, as well as learning about meeting logistics, for example, how to arrange the room so that everyone has equal access to each other and what dress is appropriate for different cultural and religious situations (e.g. head coverings.)

An apocryphal story that gives a sense of how Chuckie operates, is a meeting in 1967 with David Ben Gurion, primary founder of the state of Israel and the first prime minister. She chaired a session at his kibbutz, which took place in a hot room in the desert. His aide felt he was getting tired and said to Chuckie, “He’s had enough, let’s end.” As she tried to close the session, Ben Gurion grabbed her shoulders and said to Chuckie, “Who do you think you are, my wife?” The session went on for another half hour.

Perhaps her biggest impact on the local scene is Leadership Greater Syracuse, which she started initially in 1990 with Marty Yenawine, then joined by Judy Mower, who would become her long-time co-mover and shaker and partner. The goal of LGS is to bring together a diverse group of citizens for a year-long intensive process of sharing their visions and learning “how the sausage of community” is made.

Likewise, FOCUS Greater Syracuse, another group started by Chuckie and Judy, enables citizen engagement through participation in community building. Both programs support the concept of the citizen trustee, with every citizen responsible for actively improving their neighborhoods and greater community.

Recently a close friend of Chuckie’s, geriatrician Sharon Brangman, department chairwoman of geriatrics at SUNY Upstate, suggested she serve as a member of the hospital’s age-friendly advisory committee which is made up of key people from different hospital departments. “Chuckie expanded their way of looking at things from the perspective of an older adult who is actually using our system,” said Brangman. “As an example, she suggested that all chairs used by patients and visitors have arms to make them easy and safe for older adults to use.”

Wherever Chuckie goes, she builds community. Like a garden created with love and care, time and effort, the bonds she has created will continue to grow and feed us all.

Hopefully her story will inspire more of us to think about how we can impact our own communities and leave our own legacies.