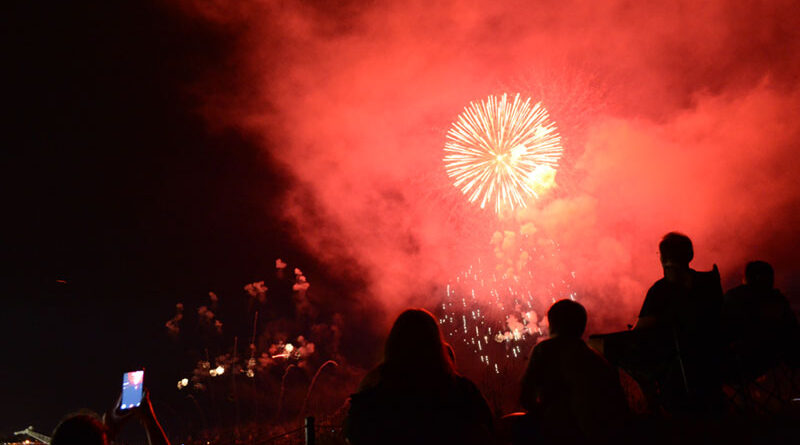 Jim Young knows a thing or two about fireworks. The owner of Rochester-based Young Explosives has been putting on fireworks displays for half a century.

Throughout the year Young’s company stages 500-600 shows in New York, Pennsylvania and New Jersey. During the busy season in summer he has as many as 200 part-time employees.

Over the years Young has witnessed many changes in the firework business. For example, when he started there were fewer occasions to shoot fireworks. Shows at weddings, parties and on New Year’s Eve were rare. Now New Year’s Eve is the busiest time of the year besides Independence Day. Fireworks shows have also gotten shorter in length and faster paced.

Whether you’re planning on attending a huge fireworks extravaganza or a relatively small local display, Young has several pieces of advice from his years of experience to help get the most out of your next fireworks show.

For starters it helps to dress for the weather. While less of a concern in summer, fireworks now happen year-round (Young once did a winter show in Lake Placid when the temperature was well below zero). In fall, winter and spring it’ll be hard to enjoy the show if you’re shivering.

It’s a good idea to do a drive-by in daylight and try to scout out a spot to watch the fireworks from, Young says. Keep an eye out for tall buildings, trees or anything else that could obstruct your view. If you know other people who’ve gone to the show before, ask for their opinion on the best place to watch from.

While it’s possible to position yourself too far from the fireworks, a more common mistake people make is getting too close to the action. You don’t want to be so close to the fireworks that you have to crane your neck up to catch a glimpse.

“People have a better view point when they go out a little farther,” Young says. “You don’t have to be right on top of it.”

A good rule of thumb is to find a spot to watch from 600-1,000 feet away from where the fireworks are being fired.

And what if you’re planning on photographing the fireworks? Don’t just take pictures of the fireworks alone, Young advises. Look for opportunities to incorporate the moon, landscape or other elements into your photos.

“I like to see people in the pictures or the background, not just the fireworks,” Young says. “It adds to the picture.”