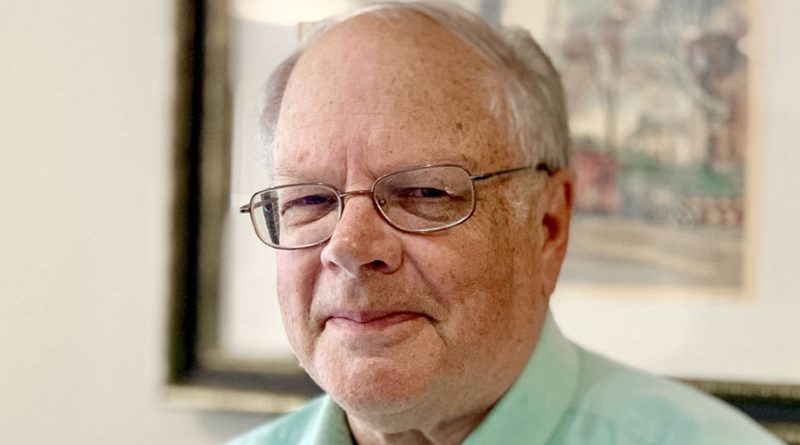 Q: This marks the 75th anniversary of the arrival of 982 Jewish refugees who had fled Europe — and the Holocaust — and arrived in Oswego in 1944. Fort Ontario had been decommissioned, and then-President Franklin Roosevelt brought them here. Why here?

A: The barracks were here so they had a place to stay. President Roosevelt had campaigned in Oswego when he was governor. He liked Oswego, small town America. The fort had just been decommissioned so the barracks were available.

Q: Why do you think it’s important to have a museum such as this?

A: To make people aware. History does unfortunately repeat itself in some ways. America, in the last decade, has certainly had immigration problems. We need to be constantly aware of people who are being downtrodden, persecuted.

Q: What is your role with the Safe Haven Holocaust Refugee Shelter Museum?

A: I’m a past president of the board and I served on the board for quite a few years. Right now, I’m a volunteer, do lectures and I’m doing publicity work.

A: I think the theme of the 75th reunion says it all. This is when the Holocaust came to America. It’s the only place it happened in the United States. Our aim is to educate more and more people, including our students. The story is being worked into the curriculum in New York state, particularly here locally. To educate the people that this happened in United States history and world history. And a token number of people were saved from the Nazi regime and the Holocaust.

Q: What do you, yourself, get from being part of the museum?

A: I’ve always been interested in history. I like to look at historical context. It just gives me great satisfaction that this was such a special place for a few people. Every time I come into the museum — this building was the administration building when the refugees were here — when I walk in the door and see the full photograph statute of Mrs. [Eleanor] Roosevelt, it means a lot to me.

Q: You’ve met some of the refugees that stayed here. What was that like for you?

A: It was such a satisfying and grateful experience to meet with them and talk with them. I pastored a parish in Baltimore for 33 years. Some of the refugees moved there and are still there. I knew some of them were in Baltimore, so I called one — her name was Rena. I introduced myself, and she said, ‘You’re from Oswego. Well, there’s another refugee visiting. Her name is Esther.’ Esther came to the phone and said ‘You’re from Oswego. That is the best place on earth. They received us when we had nothing and when we were nothing.’ It was something special our paths crossed.

Q: You were born in 1945, the same time the refugees were here, and you had come here.

A: My grandmother could speak a little German, so she told me she would come down and speak German to some of them. But brought me along. She was a history teacher and loved history. She wanted me to know the story.

Q: The museum recently received a state funding from state Sen. Patty Ritchie for $100,000. How will that funding be utilized?

A: It’ll be used to update our exhibits, make them state-of-the-art.

Q: What do you hope for the future of this museum?

A: I hope the museum, Fort Ontario and all of the 75 acres around it become a national park, as well as a UNESCO world site. And those two things are very, very possible, and they’re being worked on now.

Q: What does that do for the museum?

A: Being a national park will give us visibility not only to the nation, but to the world.

Photo: George DeMass, a town of Oswego native, is past president of the board of directors at Safe Haven Holocaust Refugee Shelter Museum.