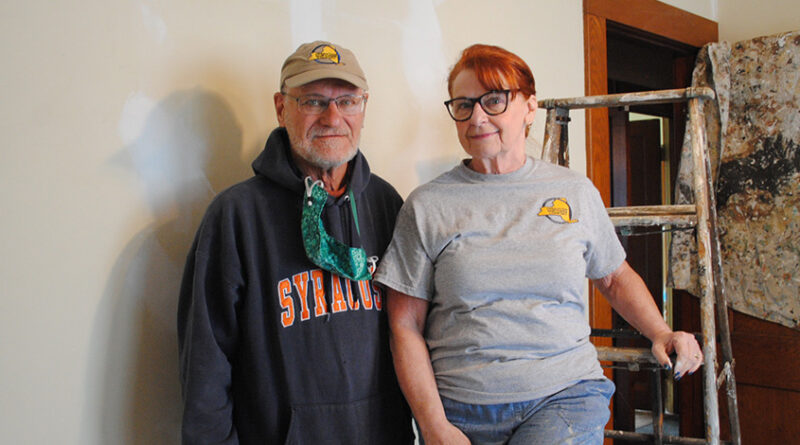 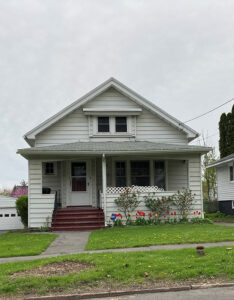 Many Central New Yorkers know Operation Northern Comfort as the hosts of the Crawfish Festival held annually in Syracuse. However, in addition to serving up these crustaceans, this dedicated team of volunteers, many of whom are 55 or older, renovates homes for those in need, takes on a variety of other projects for those facing hardships and assists other nonprofits.

For the past few months, several volunteers had been working on a house on Oak Street in Syracuse for a family of new Americans.

It had been the homestead of Rev. Anthony Keeffe, who served the Roman Catholic Diocese of Syracuse for more than 55 years. He and his sister had willed it to All Saints Church, on Syracuse’s east side, with the stipulation that it be used for a family of new Americans. The church contacted ONC and asked if the group could fix it up. Its new residents, who are now calling it home this summer, are from the Congo and had spent about 12 years in a refugee camp.

The organization was originally founded in 2006 as Operation Southern Comfort by Norm Andrzejewski, of Liverpool, following the 2005 Hurricane Katrina as a means to help the victims of this crisis. Andrzejewski had earned his master’s degree in public health from Tulane University. While there, he and his wife, Maureen, had become good friends with his neighbors. As Operation Southern Comfort, the organization estimates that did more than 60 mission trips with 2,500 travelers between 2006 and 2012, to Louisiana, Mississippi, Texas and North Carolina. They have built more than 1,300 desks for students in need and 70 ramps and lifts for homes.

Around 2012, the group refocused its efforts on the needs in the Central New York community and rebranded themselves as Operation Northern Comfort. Andrzejewski, 81, stepped down as head of the group earlier this year, replaced by Laurel Flanagan, in her early 50s, of Cicero.

Andrzejewski, Joyce Reap, a board member; and several other volunteers talked about their involvement with the organization and the work they had been doing at the Oak Street home.

Reap, 72, of Manlius, has been involved in ONC almost since the beginning. She has made several trips to the South and has been an integral part of the Crawfish Festival for years. She recalled that Andrzejewski had come to her church to give an informational talk on the project and try to secure some volunteers. Her original plan that particular evening was to simply attend the meeting, she said. But by the end of it she had signed up to go. Throughout that trip, she was overwhelmed by the thankful spirit of the people in New Orleans.

“I had never been in an experience like that in my whole life,” she said. “The experience of being there and seeing people who had gone through that, but still had incredible gratitude. They have gratitude and they had faith.”

Terry Jerman, 73, of North Syracuse, had similar feelings when he made his first trip with members of the group to North Carolina several years ago. His wife, who knows Andrzejewski through their volunteer work at North Meals on Wheels, mentioned the North Carolina trip to Jerman.  It sounded like fun to him. So he called Andrzejewski and agreed to go. What Jerman found was more than fun. “It was so fulfilling,” he said. “It’s hard to explain.”

The one-time owner of a painting company, Jerman still finds himself with a paint roller in hand, working on a room at the Oak Street home.

Jeff Dunnewold, 56, of Cicero, had retired from his job at Lockheed Martin on a Thursday this past spring. The following Monday, he too, was holding a paint brush and helping to paint and spackle at the house.  An active member of the Pitcher Hill Community Church, he had attended a retreat with his church once, where he said he learned that one of his gifts was volunteering and helping people. He admitted that he was taken a little by surprise at this finding, but “over time, I became more open to it.”

Dunnewold said, “When it got to the point when I realized my wife and I were both going to retire at a relatively young age, it was like ‘I can almost have a whole second career in my life and what do I want to do with that? I’d like to help different organizations, figure out what I have an affinity for.’  This week, I started dipping my toe in the water.”

Or dipping a brush in a can of paint.

When his wife, MaryBeth Dunnewold, 57, retired in 2017 from Lockheed Martin, she became involved in various organizations.  Her work with Literacy CNY acquainted her with many new Americans. Her intent, she said, was to help them, but she realized she was reaping benefits, as well. “I would come out of those classes so energized. That population in our community is a special place in my heart. I know how wonderful it is for them to be here and for us to be able to do something that’s literally giving them a life.”

And it’s comfort they have provided to such groups as the PGR (Poised, Gifted and Ready) Foundation, an organization that was established in 2014 for girls aged 6 to 18, to provide resources and mentorship opportunities. Its founder and president, Debra McClendon-Boddie, became familiar with ONC in 2013 and has been so impressed with the organization, she joined the board in 2015. She explained that she was trying to find opportunities for the mentees in her program to do community service. When the COVID-19 pandemic first hit, McClendon-Boddie had expressed her concern to Andrzejewski about her mentees having the appropriate arrangements to do their schoolwork. Members of ONC made 50 desks for the PGR Foundation. The girls and their families stained them. The ONC went on to find chairs for them as well.

“They just rally together and find folks — or folks find them — to make sure they can stay in their houses, live a good quality of life. The legacy of their program is in line with the mission that I’m trying to instill in the girls that are part of mine.  It’s just a win-win,” McClendon-Boddie said.

The question often comes up as to why the volunteers keep on going, Andrzejewski said.  “Every time I turn around, I work with somebody who just energizes me. That’s the way the organization is. We’ve been fortunate to attract super people.”