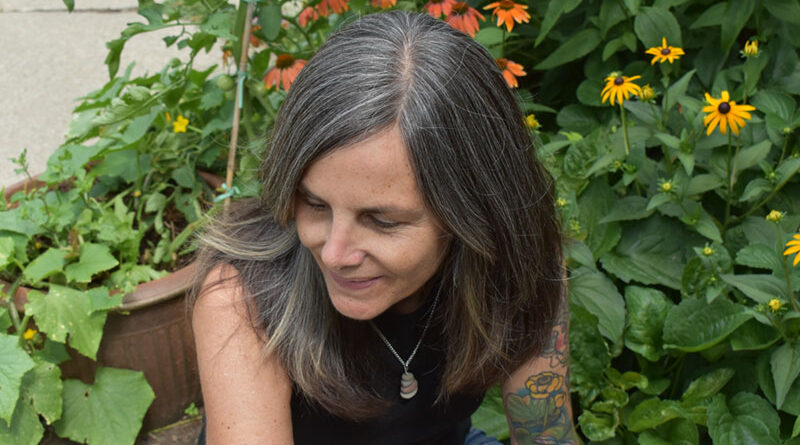 The pandemic has changed how we work, shop and live — and how we view our hair

When she started to see silvery threads in her dark brown hair, Tina Limpert did what a lot of women do: She started coloring her hair at home.

The results weren’t great, she recalls, but as a graduate student in her 40s, she felt it necessary to cover up the gray and maintain a youthful appearance.

“Age is such a defining factor in how we judge people,’’ says Limpert, who is an assistant professor at SUNY College of Environmental Science and Forestry in Syracuse. “Age is often dismissed as a number, but ageism is so real.’’

She eventually started going to a salon for professional color and highlights and has loved the look. Now nearing 60, Limpert has decided to ditch the dye.

Inspired by several months of stay-at-home, she is embracing her emerging true color(s). The gray has grown more prevalent, giving her a salt and pepper look. And she sees signs of wider streaks coming in. “I’m going to look like Cruella de Vil,’’ she says with a laugh. Her hairdresser is on board for the transformation and has encouraged Limpert to “work with it.’’

“I was so affirmed by that,’’ Limpert says. Her last color was in January. “The gray was happening and I thought, ‘why am I fighting it? Why am I having this inner dialogue all the time? I see getting older as liberating in so many ways. I don’t have the same fears of being judged that I once did. I feel more powerful.’’

The coronavirus pandemic has changed how we work, shop and live — and how we view our hair. Some of us have discovered we like our hair longer or opted for a fuss-free short cut. Rather than face months with longer, unkempt hair, some men shaved their heads. Some of us ordered hair color or root touch-ups for home use and searched YouTube for instruction on how to best trim bangs and tresses.

Early on in the stay-at-home phase of the pandemic, a joke was shared widely on social media: “We’re about three weeks away from seeing everyone’s true hair color.” It appears many women have come to view the pandemic and lockdown as their “silver lining’’ — and decided to let the gray stay.

Mary Ellen Andrews, 71, a retired school administrator and teacher who lives in Skaneateles, has watched the roots of her salon-colored brown hair come in silver and is letting it be. She has been coloring her hair since she was 28, so it’s going to be a major change. “My hairdresser said it’s going to take the better part of a year or more to grow in and there won’t be anything I like about it until it’s finished,’’ Andrews says. “That’s OK. I’ve been thinking about it for a while and just decided it’s time. I’m lucky my hair grows fast. I may cut it to chin length to help it go faster. I wish I had the nerve to cut it really short.’’

Deciding whether to reveal your true hair color isn’t simple. It means looking in the mirror, acknowledging the realities of age and asking yourself some questions: Do I want to be an artificial blonde, brunette or ginger as the years advance? Or do I want to be authentic?

The advantages of saying hooray for gray include extra money in the bank — coloring every four to six weeks costs $50 or more at most salons. You’ll also have extra time to spend on other pursuits, since you’ll be spending far less time in the stylist’s chair. An awkward period of transition — transformation somehow sounds more positive — is inevitable. You may question your own decision and mourn the loss of your colored hair, but those who have gone gray before you say that will pass. Focus on the finish line.

Frank Procopio, co-owner of Hair Habitat, a salon in Syracuse’s Franklin Square neighborhood, says that gray hair became trendy several years back when young people started asking for it. Celebrities like Jane Fonda and Sharon Osbourne, who have gone gray via a salon process involving bleach and highlights, have generated buzz and helped to make it more acceptable for women of a certain age to “own” their gray.

Still, there is a double-standard when it comes to gray hair, Procopio says. Our society views men with gray hair as dashing “silver foxes’’ — think actors George Clooney, Richard Gere and Ted Danson. Women with gray hair are perceived as aged, faded and not well kept — “old crones,’’ as Tina Limpert puts it.

Tami Conroy, of Manlius, is of the “gray hair and I don’t care’’ mindset. After more than 40 years of coloring, her hair is now an attention-getting silvery-white, with just a few traces of blonde remaining. At 45, she says, her hair was coming in a “mousy gray” at the roots. As she approached 60, she noticed that her gray had turned more platinum-white. Her hairdresser, Frank Procopio, adjusted her salon color to allow for a more seamless transition to her natural color. Almost a year later, she’s thrilled with the end result. She recently got a fresh, shorter cut — a sleek bob similar to that favored by Lady Mary on the popular PBS series “Downton Abbey.’’

“Being blonde and young is awesome,’’ Conroy says, “but I just didn’t want to do it anymore. I can tell you since doing this I have never received more compliments on the color of my hair. It’s very liberating. It’s extremely freeing to not be looking at your roots and coloring every four to five weeks. Not having to deal with any of that is great.’’

Photo: Tina Limpert, an assistant professor at SUNY College of Environmental Science and Forestry in Syracuse, decided to stop coloring her hair in January, after nearly 20 years doing so. “The gray was happening and I thought, ‘why am I fighting it?” Photo courtesy of Alexandre Leclercq.