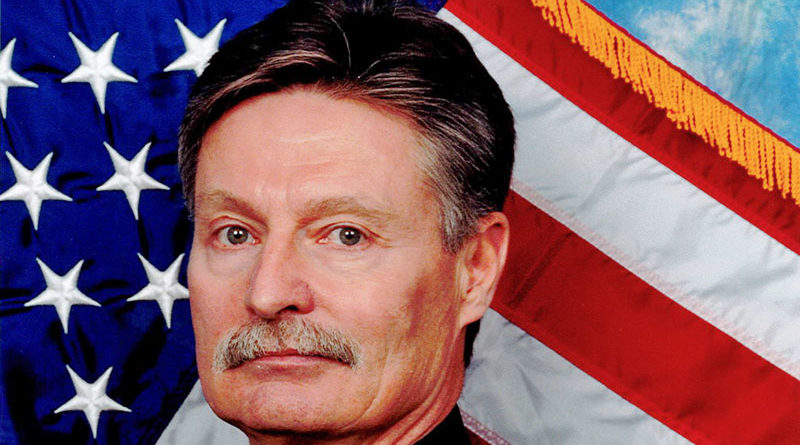 During his half century of police work, John Brennan never called in sick, no matter how under the weather he felt.

“There was something different every day,” he recalled, “and I didn’t want to miss that. You are constantly thinking about the job anyhow, even on your days off.”

The Syracuse Police captain was recently honored for his 50 years of service with the department. He retired in January.

Brennan, 68, was a teenager when he started his career in law enforcement, and from that point on never imagined himself ever truly walking away from the field.

Brennan grew up on a farm in Tully, a rural community near the Cortland County border. His dad worked their land and his mom was a beautician. As a child, Brennan enjoyed playing football and baseball. He never thought about leaving his small town to become a city cop.

That changed one afternoon in 1969, when he came home from school and turned on the television. The commercial advertising vacancies in the Syracuse Police Department intrigued him.

“I took the test and I guess I did well,” Brennan said of the application process, which involved a civil service exam. “They put my name on the list.”

The young cadet was sworn in and given a whistle and a nightstick. Back then, police officers were not issued guns until they turned 20, after which they were promoted to the rank of officer.

Brennan’s first assignment as a cadet was to help direct vehicle and pedestrian traffic during a bus driver strike. It was a hectic environment, but Brennan loved the responsibility.

“You were helping people,” he said. “Back in ’69, downtown was a happening place. It was always crowded.”

At the age of 19, Brennan was assigned to an undercover operation where he bought drugs from dealers. He was assigned to the Syracuse’s south side, a pretty dangerous neighborhood at the time. Heroin was the biggest-selling narcotic.

“It worked because I didn’t look like a cop,” he said, “and I guess I didn’t act like a cop. But it was pretty scary. It was a real fast learning curve. I never got ripped off or shot at.”

Brennan continued to serve in the patrol unit on the south side throughout the 1970s. He took an investigator position in the 1980s. That’s where he developed his true passion for police work. But the job could also be heart breaking. His worst day on the job came in October 1990, when fellow officer and friend Wallie Howard Jr., 31 years old at the time, was shot and killed during an undercover drug operation.

Another case that has stuck with Brennan was the unsolved murder of Terry Cornell. Her body was discovered outside near Corcoran High School in September of 1975. She was well liked by everyone and had no known enemies. DNA evidence collection had not been invented yet, so with no witnesses and no leads, the investigation hit a dead end quickly.

One of Brennan’s most rewarding days on the job was the arrest of Steve Vanderslice, a Syracuse man accused of murdering his own children. Brennan and his partner Dan Boyle obtained a confession from Vanderslice in which the suspect admitted to killing two of his three children for $50,000 in insurance money.

The deaths were initially written off to sudden infant death syndrome. Vanderslice is still in prison.

Brennan has seen many changes in police work during his five decades of service, including the use of laptops and video cameras, and the ability to collect DNA evidence. Still, he emphasizes, “police work is police work. You’ve still got to get out and knock on doors to get to the bottom of things.”

He never got too involved with the police officer’s union beyond attending meetings or voting on contracts. One of the worst parts of what was otherwise a very enjoyable job, Brennan says, was dealing with politics. He didn’t like it if officers were required to change their priorities based on an elected official’s whim, and he also disliked it when local political candidates asked officers for endorsements.

Brennan never seriously considered moving from Syracuse or joining another agency. “I kind of found a home here,” he said. He was promoted to captain in 2010. The job provided him more money, more responsibility and more administrative tasks. While it was nice to serve in a leadership role and be a mentor to younger officers, Brennan still enjoyed being a street cop far more than his desk job.

And while the new breed of officers is serving the department well, Brennan still notices that the motive for going into police work these days is much different that it was 50 years ago. The new hires are indeed pursuing an exciting field where they are able to help people, but the promise of a strong, steady pay check and a pension is often the main attraction.

“I did notice that with Gen Xers, and we definitely see that with millennials,” he said. “When I came on, it was about serving the city. Now, I guess the best way to say it is, it’s just a different type of kid coming on. But that’s a sign of the times.”

All told, Brennan worked under seven different Syracuse mayors and 13 different police chiefs. His favorite chiefs were Tim Sardino, who served from 1970 until 1985, and Tim Foody, who served in the early 1990s.

“They didn’t bother you as long as you were doing your job,” Brennan said. “They backed you up. They were strict, but they were supportive.”

Brennan and Antoinette, his wife of more than 30 years now, have two grown children. Danielle is an attorney in Albany, and Ryan is a certified public accountant in Syracuse. The family has always enjoyed skiing, and to stay in shape Brennan also runs and goes to the gym. After so many years of police work, he does not yet feel worn out.

“It’s been a great time,” he said, “I still feel good physically and mentally. But it’s time to go.”

Although he is leaving the Syracuse police department, Brennan plans to keep working in some capacity.

“I’m not going to completely retire — I’d go crazy. You’ve got to have a reason to put your pants on in the morning.”

Photo: John Brennan, 68, was a teenager when he started his career in law enforcement. He retired late last year as a captain with the Syracuse Police Department. Photo provided.