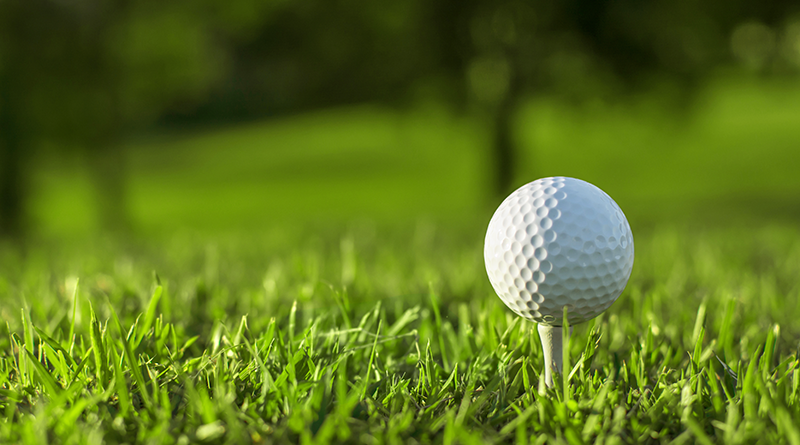 Golf purist explains what a real score is all about

Steve McCall is not your typical golf nut.

Yes, he loves to play the game competitively, teach the game to enthusiasts of all levels and watch the game whenever he is not playing it. But there is also a place in his heart for, of all things, the rules.

“Imagine that,” he said with a laugh during a recent interview. “It’s also called being a fan of the purist form of the game.”

McCall, 56, of Baldwinsville, was perplexed by the trend he’s noticed over the years: An abundance of advanced players that don’t know all 34 rules of the game. So he wrote a book with the idea of promoting a cleaner round of golf.

He started the project nearly 20 years ago, in between working a full-time job, raising a family and getting on the course as often as he could. In 2017, “What’s My Score: A Fun Exercise in the Rules of Golf,” was finally published. It’s available on the Amazon website or at the Barnes & Noble bookstore in Clay for $11.95.

“I guess the rationale behind it was, so many players knew how to swing the club and hit the ball,” he said, “but they didn’t know what to do after they hit it. When you penalize yourself, that’s how you learn.”

McCall said the feedback from those who have purchased the book has been great — Barnes and Noble has already restocked it, he said.

“What’s My Score” does not read like a typical rulebook. Instead, the publication is one part poetry and one part instructions guide. It has a glossy cover and features penciled illustrations by Kyle Krahl for every hole/chapter.

McCall, who is employed as a food broker, may not have realized until he started penning the book that he has an artistic side to him. And while the content is very informative, it’s also quite humorous. In the preface, for example, the author notes: “Ever since my father told me to keep quiet while a pro was putting (mind you, we were watching the television), I have had this desire and fondness for the game.”

Each chapter begins with a collection of rhymes, and then the following page provides a comparison of what the golfer thinks he scored compared to what his score would be if the exact rules were applied. The official regulations of golf are explained in a straightforward manner free of any boring, technical jargon.

“I arrive to find my faith strengthened by the Lord. My ball is inbounds by in inch, no less, no more! Just a small issue, as I cannot make a swing. For the white stake is in my way. I’ll just move the stupid thing. I pull out the stake, and it comes out with such ease. And my next shot is so gorgeous, it brings me to my knees. The game of my life, this is definitely, my day. As I tap for an easy par, things are going my way,” reads the first page of Hole 14, which pertains to a 180-yard, par 3 challenge.

On the following page, McCall notes that the golfer thinks he scored a 3 on that hole. But his score should really be a 5, due to rule 13-2 — “ball played as it lies.” The rule states that a player is not allowed to move, break or bend anything growing or fixed, including immovable obstructions and objects defining out of bounds, like a white stake. This could also include breaking off a tree branch, or attempting to pat down grass in the immediate vicinity of the ball. The penalty for this infraction is two strokes.

By contrast, McCall also provides an example where the golfer, on a 379-yard par 4 hole, unnecessarily elects to drop his ball to a different spot in a sand trap and take a penalty stroke rather than risk striking his ball into a rake that would otherwise block the shot. “I reach the crime scene, only to discover the rake is so close to my ball, you’d think it was his lover! How can I move this rake without moving my ball? I am in a bunker, and can’t move the ball at all. I’ll take a drop and add one penalty stroke. And thoughts of a great round have turned into a joke.”

On the following page, however, McCall notes that under Rule 24-1, the rake is considered a “moveable” obstruction. The golfer could have moved the rake with no penalty as long as the ball was not touching it, and if the ball was not moved in the process of getting the rake out of the way.

“Well, that one is pretty simple,” McCall wrote. “Don’t be afraid to ask your competitors for these type of rulings. Great to have a rule book with you as well.”

But some of the other rules aren’t as simple. Consider Rule 8-1, which McCall explains using a 175-yard par 3 as an example:

“Although I made par, my opponent made a bird. He’s hitting first, now I’m hitting third. The distance is troubling. What club should I pick? He is hitting his 7, for I see his 6 and his 8. My confidence grows stronger, I can hardly wait!”

On the next page, the rule states that the golfer must not give advice to anyone in the competition playing on the course other than his partner. Nor can the golfer ask advice from anyone other than his partner or their caddies. The penalty for such an infraction is two strokes. But in this scenario, the golfer was not in breach of the rule because he did not ask his opponent what club he was using; he just made an observation.

If the golfer touched his opponent’s bag and, say, moved a towel to get a closer look at what club had been pulled out, that would have been an infraction.

The book also notes that even some of the best players in the world aren’t always aware of every rule. Case in point: the 1987 San Diego Open. PGA great Craig Stadler put a towel on the ground before dropping to his knees to take a shot from underneath low-hanging tree branches, protecting his expensive pants from grass stains. He was unaware of rule 13-2 that bars a player from improving the area of his intended stance or swing — That’s a two-stroke penalty. Stadler signed his scorecard without acknowledging the rule, and was subsequently disqualified.

So just how much of a stickler is McCall for the rules? He won’t confront unknowing rule-breakers on a course if he does not know them, as long as they display general etiquette for not damaging the grounds and not disrupting others around them. If players are betting on holes and making the game competitive, then McCall is more than happy to lend advice about playing a clean round of golf.

McCall started golf at the age of 5. He caddied for his mother, Jane, who played competitively and coordinated local junior leagues. He remembers building a two-hole course behind his home as a child and imagining that Pat Summerall was calling his shots. His father, Tom McCall, a retired General Electric engineer, still plays five days a week at the age of 89.

McCall played on golf teams through high school and college (SUNY Fredonia squad captain) and continued his competitive play into adulthood through tournaments, earning the President’s Cup and the club championship at his home course, Beaver Meadows in Phoenix.

He still gets out on the course three times a week during the warmer months, and takes at least one annual golf trip down south. His grown sons, Tim and Robert, also play, as does his wife, Diane.

With age, McCall has noticed some lower back pain in recent years. He exercises at the YMCA and started taking yoga. “It’s hard, but very beneficial,” he said of the stretches and postures. “So far my practice swing feels better. I’m hoping it will help me.”

McCall cherishes the times he can join his wife and sons for a round. Those occasions are special enough where maybe — just maybe —- the golf purist can pretend not to notice “if my wife fluffs the ball on the grass just a little bit,” he quipped.