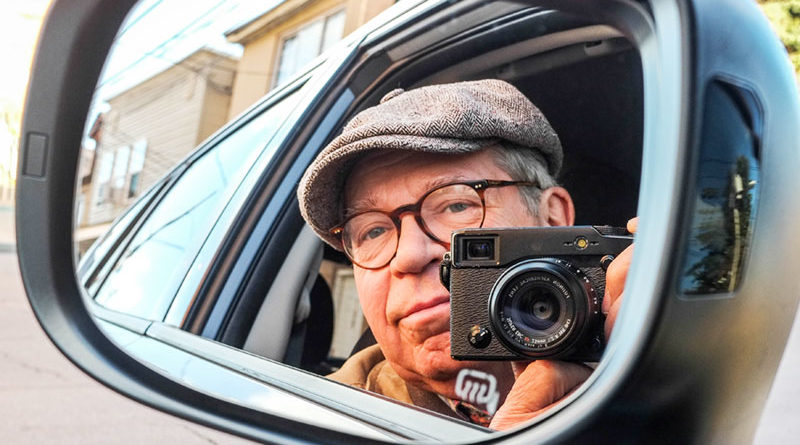 He’s been leading a double life doing what he loves and making a living at it. The award-winning photographer known for years of documenting the local Central New York scene has also been energizing local stages with his guitar rhythms and Hammond organ.

After decades of achievement in photo journalism for the now defunct Syracuse New Times, Davis is in demand again, this time as a band mate with local musicians, mostly of his generation, who want to keep on rockin’.

“Photography and music — it’s the same to me,” he says. “Music is about hearing, balance, discord and harmony. Photography is visual, color, balance.”

Although retired from his New Times career, Davis is still active professionally as the production photographer for Syracuse Stage and Syracuse University Drama and for the magazine New York Horse, but he now finds he has more time for music.

Photography and music were never far off Davis’ radar as a teen in Syracuse in the ‘60s. Looking back on his student days at St. John the Evangelist High School, Davis recalls the nun who took his class to an Andy Warhol exhibit at the old Everson Museum building at North State and James in 1967.

It was the first time he discovered that the ordinary is the subject.

At home, he pored over photos in magazines. “I couldn’t wait to get home on ‘Life’ magazine day!” he exclaims. Fascinated though he was by photography, however, he knew he couldn’t afford a camera and countless rolls of film. That was OK, though, because music was beginning to dominate his artistic life.

It was the era of the Beatles. Davis’ mother, who loved rock music, had already encouraged her son to take guitar lessons. As The Beatles ascended the music charts, Mike tuned up his guitar. As a teen, he played in one band after another: the West Winds, The Blues Bags (“a bunch of 16 year olds from parochial school playing Muddy Waters,” he said) and The Soul Runners.

Soon Davis was teaching himself to play the organ and, with money from his grandmother, bought a VOX Continental.

It was then he joined The Coachmen. It was, he says,  “a dream band for a teenage musician because they played in bars, not just schools.” The bars included Red Dog Saloon, Scotch ‘n’ Stein, the Campus Inn at Suburban Park, and The Warehouse in Ithaca.

His classes, though, were in the wing with the drama and art students, and Davis found himself wandering the hallways, soaking up the sounds of keyboard-playing and the different styles of music, particularly jazz. Those hallways of sound, Davis said, “helped me expand my musical landscape.” For the next 10 years, he would play music professionally.

Then a job opened up as director of public relations for the old Salt City Playhouse in Syracuse. It was there, while working on the promotional photos, that Davis rekindled his interest in photography.

One day at a performance of “Fiorello,” he gave an envelope of his photos to the old Syracuse Herald-Journal’s entertainment and arts critic at the time, Joan Vadeboncoeur. To Davis’ surprise, Vadeboncoeur got one of them in the newspaper the next day.

So he took a chance and entered a photo in the Herald-Journal’s Eastman Kodak contest and won.

That was all the validation Davis needed and he left Salt City Playhouse. Right then and there, he knew, “I wanted to work for the Syracuse New Times.”

The alternative newspaper had a counter-culture vibe and a photo style that appealed to him.

Davis reached his goal in fairly short order, but it was serendipity that got him in the door. While on a freelance assignment to photograph an adult film star, he encountered a New Times reporter doing a story on the film star. The reporter needed photos. Davis had them. Even better, the feature became a cover story.  After that, Davis showed up every day at the New Times offices looking for assignments and was eventually hired for the staff.

For the next 38 years, Davis led the life of a career photojournalist, witnessing many of Syracuse’s most notable events, rallies, celebrity visits, and sports contests. “I’ve been at more protests and rallies than I can count,” he exclaims. He’s camped at the Woodstock festivals in Rome and Saugerties, documented the Seneca women’s encampment in 1983, and been booed in the press box at then-Presidential-candidate Donald Trump’s campaign rally at the OnCenter.

Over the years, Michael Davis has been honored with over 50 Syracuse Press Club awards, including the Press Club’s “Professional Standards” award, and was twice selected “Photographer of the Year” by the New York Press Association.

On the SU football field and basketball court, Davis was as close to the action as the coaches. He watched as quarterback Donnie McPherson help beat West Virginia in a game that clinched an undefeated football season; basketball player Carmelo Anthony in the triple overtime win against Pittsburgh; and Pearl Washington “making a last-second half-court shot on the run and continuing off the court to the locker room totally confident he made the shot” moment — all frozen in time by Davis’ camera.

Although his record of Syracuse’s cultural and socio-political history is impressive, Davis comments, “I’ve always thought of every assignment the same way. I was never in awe of a subject.”

When not on assignment, Davis loves photographing the “ordinary” — people on the street, at work, at play; spontaneous moments where human meets environment.

“I do a lot of walking. It’s the only way to find pictures,” he says. And when he does drive, it’s on “as few interstates as possible.”

Every vacation is his personal photography jamboree.  He’s travelled cross-country on Amtrak five times, focusing his Leica in every town, city, and national park along the way. He’s wandered towns on both sides of the Mexican border, even once hitching a ride on a boat of migrants. “Your mission is to experience things out of your norm and maybe, if you’re lucky, take a good photo,” he said.

When Davis frames a subject, he is just as mindful of capturing its surrounding activity.

“Good street photography,” he says, “becomes a good historical document because of the amount of information that’s in it at the time.”

Influenced by photographers Garry Winogrand, Robert Frank, Sylvia Plachy and James Hamilton from the old New York Village Voice, Davis scopes out scenes where “more is going on around the subject,” he said.

Over the years, he’s been honored with over 50 Syracuse Press Club awards, including the Press Club’s “Professional Standards” award, and was twice selected “Photographer of the Year” by the New York Press Association.

Looking back on his tenure at the Syracuse New Times, Davis reflects, “Everyday when I went in, I learned a little more about something. You have to stay open to that discovery.”

And in that spirit, Davis is now back in the musical groove along with other musicians of his generation. Davis and several of the former Coachmen have formed a new band, Menage A Soul. Six of the seven band members range in age from 55 to 72.

With Davis on the organ, group plays old standards that the baby boomers can dance to, while vocalist Kia Worrell delive-rs an up-to-the-minute soulful vibe to classics like “Chain of Fools,” “Superstition,” “It’s a Man’s World,” and the ever-respected “Respect.”

At Winterfest time in downtown Syracuse, Davis and the band can be found heating up the room at Dinosaur Bar-B-Que’s “Hammond Jammin’,” which features Syracuse’s best organ players and blues musicians.

Whatever the performance, Davis plays with intensity, focusing on his keyboard as if his chords are calling out to him. One imagines he is taking in all that energy in the room — the beat, the decibels, the dancing. It’s always a scene of sound and visuals and, for Davis, it must be that place where the arts meet; where he reaches that balance and harmony he strives for in both his photos and music.