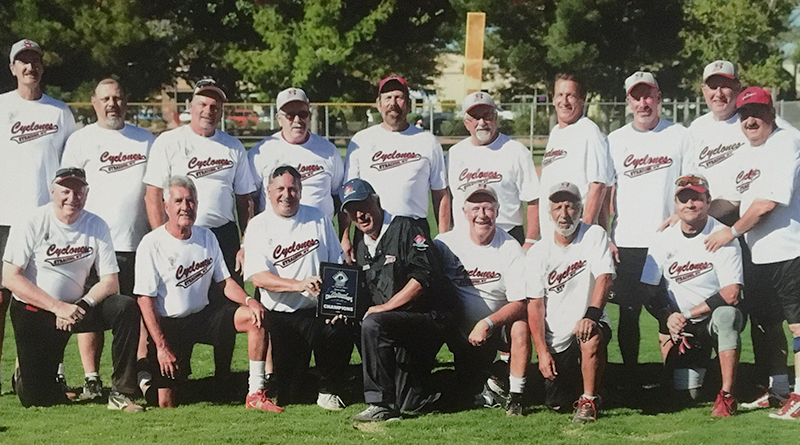 Local players ready to storm back onto the field

The Syracuse Cyclones are getting ready to hit the softball diamond again.

The venerable team’s manager said he is hoping for the best for the new season and invites those interested to find out more about them.

The Cyclones’ senior softball teams have had a lot success since their inception in the late 1970s with the most recent being just a couple years ago, according to team manager Jack Haggerty.

Hundreds of teams from around the country vie for the title each year, but few attain that level. The Triple Grand Slam requires winning an east or west Nationals tournament, the U.S. nationals and finally the World Masters Championship in Las Vegas.

“That’s one of the most elite things you can do in the league,” Haggerty said. “Our team is like [Syracuse University men’s basketball coach Jim] Boeheim. He put basketball on the map for Syracuse. I think the Syracuse Cyclones have put Syracuse on the map as far as softball goes. We’re known all over the country and we’ve had a lot of good years. We’ve won a lot of tournaments.”

Mike Fitzgerald, a 79-year-old Cyclone from Camillus, is looking forward to getting on the field again. He knows victory can come at the price of hard work and staying in shape.

“You just don’t walk in and take the glove out of the truck or the car,” Fitzgerald said. “It doesn’t work that way. You’ve got to earn it. How you earn it is through hard work and being able physically to play the game at that level. It’s tournaments. It’s not a weekly recreation league. It’s nothing like that.”

But although Fitzgerald values winning, he may value the friendships he’s made through playing for the team even more.

“That’s part of playing senior softball with the Cyclones —the tournaments, traveling, friendships and camaraderie, it’s great,” he said. “I love it. I’m still playing. I’ll play as long as I can.”

Since the former Niagara Mohawk team is aging out of the 75-to-79 age bracket team soon, he hopes the Cyclones will come up with an 80-to-85 option. He sees no reason not to keep going and said there might be others up for it too.

Both Haggerty and Fitzgerald admit that how good the team is each year can depend on who can come out and play. Health challenges can play a big factor in the roster as teams get older.

“As you grow older, those things just happen,” Fitzgerald said. “Your body just breaks down. You try to keep in the best shape you can, which everybody does.”

“The first thing that goes unfortunately are your legs and then your arms go,” Haggerty said.

The game seems to give back more to its players than it requires of them. It has given them a lifetime of camaraderie, competition and good memories along with the hope of hitting the diamond again with each new season.