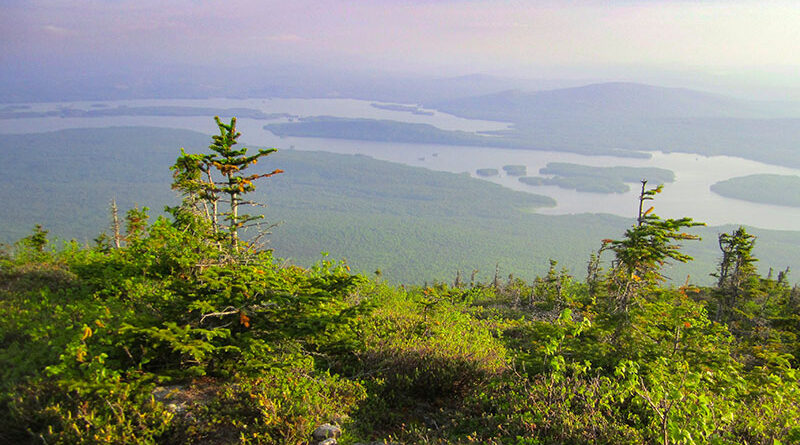 Eva Briggs, a retired physician from Marcellus, embarks in two hiking trips after a total knee replacement. She shares her experience

In July 2020, I had a total knee replacement. When I asked my doctor whether I could backpack with my new knee, he said that I couldn’t carry a 50-pound pack. But I never could carry a 50-pound pack, even when I was young and athletic! As the following tale reveals, hiking and backpacking are possible.

A friend suggested my first extended post-surgery hike. She wanted to tackle the Pinhoti trail, 350 miles from Alabama through Georgia. The northern terminus reaches the Benton McKaye trail which, if followed, leads 70 miles to the southern end of the Appalachian Trail. The folks at the Pinhoti Outdoor center recommended March as the perfect time for the Pinhoti. That sounds crazy if you are in New York state where March is a time of ice and snow. But it turns out it is a perfect time to be in Alabama and Georgia. Spring weather, few bugs, blooming wildflowers and venomous snakes still hibernating.

So, we set out on March 5 to hike northward from Flagg Mountain. My friend figured out how to accomplish the entire 350-mile hike as a series of day hikes between strategically placed cars. That meant a lot of driving, but we never had to carry more than day packs. With two cars, we could leave ourselves water stashes at road crossings during the few dry stretches.

The trail was mostly pleasant with only a few steep or rocky sections. Our weather was stellar. We had only three days of heavy rain. One of those days had severe thunderstorms and a tornado threat, but we had reached the Hearn Inn in Cave Springs Georgia just as the tornado sirens went off. The cave for which the town is named is a tourist attraction. It was closed due to COVID-19, but the town opened it as a tornado shelter. We had tons of rain and some local flooding, but no tornado and we were safe inside.

Another memorable rainy day saw us hike six miles only to reach a creek crossing impassable due to high rapid water. There was no way around. We had to hike back those six miles in the pouring rain. We skipped ahead the next day by car and continued our hike.

The hardest part of that adventure was the crazy forest service roads that we had to drive to stage our cars. I hope to never see Forest Service Road 500 in the Talledega National Forest again. We managed to finish more quickly than anticipated, reaching Dyer Gap on April 9.

That hike was a prelude to my next hike, solo except for my little dog, Reilly, on the Appalachian Trail in Maine in June.

I had previously hiked a small section from Monson, Maine, south to the Kennebec Ferry. I decided to do a warm-up hike from the Kennebec ferry south to Stratton, Maine. Then, after a few days’ rest, it would be off Maine’s 100 Mile Wilderness.

That warm-up was no joke. The temperature was in the 90F, hot and humid. Dry conditions meant carrying a lot of water because the seasonal streams were dry. The ferry is a short canoe ride across the river.

It was Reilly’s first canoe ride, and she was fine with it. The first 20 miles involved a lot of climbing over and under fallen trees and logs. More of a nuisance than difficult. But the next 15 miles, over the Bigelow Mountains, were brutal. It is probably the slowest that I have ever backpacked. Reilly was not a fan. She refused to walk further unless I carried her pack. And I had to lift her up and down boulder after boulder.

Fortunately, I had three days of rest before heading north to the 100 Mile Wilderness. (HMW). There are no paved roads, towns or services for 100 miles. We spent our rest days in a tiny, rented cabin that had air conditioning. That’s a rarity in Maine, but it made the heat bearable.

We drove to the north end of the HMW where we met shuttle driver, Lloyd Kelly. He drove us to Shaw’s Hiker Hostel in Monson, Maine. He told me to call if I ran into trouble because he knew 17 places to bail out. But how do you call when there is no cell service? I carry a device called a Garmin InReach. It uses the satellite system to for two-way texting or to trigger an SOS (like calling 911) for true emergencies. It’s slower than texting with a phone, but it is a great safety net.

At Shaw’s, I arranged two food drops in the HMW. I planned to hike 10 miles a day, as no way could I carry 10 days of food. The next day I set out. It turns out that the first 35 miles are tough, almost but not quite as bad as the Bigelows. A lot of steep rocky segments and one memorable rockslide. The rockslide was perhaps 200 feet long but scary. And it was still in the 90s.

The night before our first food drop, I saw the obligatory moose at East Chairback Pond. Reilly was exhausted and slept through the moose visit.

The remaining 65 miles of the HMW were a bit easier. Less challenging terrain and the weather cooled down into the 80s. One advantage of the hot dry weather was the paucity of biting insects. I used to live in Maine and typically the insects are relentless in June. We arrived at Abol Bridge campground ahead of schedule, in the morning of the 10th day. The first order of business was to take a shower. Ten days in brutal heat while hiking all day meant I was overdue for some cleansing.

Since the next portion of my hike was in Baxter State Park, which does not allow dogs, I drove Reilly to a pre-arranged stay at the Katahdin Kritters pet spa in Millinocket, Maine. She had never been in a boarding kennel before but was happy to have air conditioning and a soft couch to sleep on.

The next day I hiked to The Birches, a lean-to 10 miles north at the base of Mount Katahdin. The two other hikers stayed in their tents, so I had the entire six-person lean-to to myself. We received much-needed rain all night and it finally cooled off the next day for my attempt to summit Mount Katahdin. I climbed for about two and a half of Katahdin’s five miles. Then I reached the boulder fields and decided that I really did not want to risk that solo. True, the odds are that I could do it. But I decided I would enjoy a stroll back down more than a frightening brutal scramble to the top followed by an equally tricky descent.

Lloyd Kelly then shuttled me back to Abol Bridge where I picked up my car. I fetched Reilly from the kennel. We then spent a day visiting old friends in Bangor, Maine, before returning home.

I wasn’t quite done yet with summer backpacking. I headed to the Cranberry Lake 50, a 50-mile hike around Cranberry Lake in the Adirondacks. I wanted to backpack someplace where I could actually walk rather than scramble over boulders, rocks and roots. I started a clockwise loop from Wanakena, New York on July 21, one year plus one day after my knee replacement. The weather was perfect, with four dry days in a row. The highs were in the 70s, the lows in the 50s. Despite the July rain, the dry June meant very few insects. No black flies. No deer flies. Just a few mosquitoes easily repelled with DEET. Although I budgeted five days, I was able to complete the loop in just three and a half days. Reilly loved the weather and terrain. For me the highlight was sitting on the shore of Olmstead Pond, watching and listening to a family of loons. The last day traversed the muddiest terrain, where the trail goes atop a series of beaver dams. The water was high leaving only a narrow strip for walking. Easy for a 14-pound dog. I spent a lot of time ankle-deep in muck. Once I even sank one leg in up to mid-thigh. The wildflowers along the beaver ponds were beautiful.

So, can I backpack with my new knee? Yes. My knee never hurt.