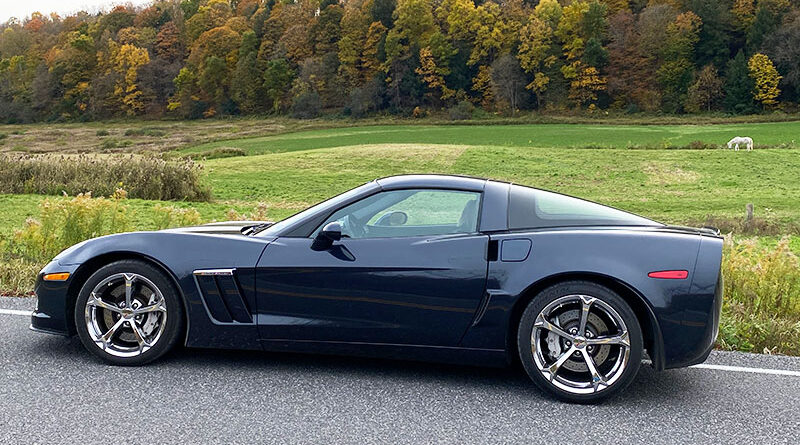 Enthusiasts share their love of Corvettes while helping others

Westvale resident James Ennis has had decades-long love affair with the Chevrolet Corvette. Now a retiree, he has admired the car since he was a teen.

“I used to work at Jack Salisbury’s Auto Service, a gas station-garage in Westvale while I was in high school, and fell in love with Corvettes in the 1960s,” he said. “They’ve always been something I’ve admired.”

Though the garage has closed, his enthusiasm for the Corvette has not waned. He finally bought his first Corvette in 2004 and became president of the Syracuse Corvette Club a year later. The club began as a shared love of the Corvette among a few friends at a picnic in 1968. That gathering has grown into the Syracuse Corvette Club, an organization that provides financial support to a bevy of local charitable organizations, as well as a platform for camaraderie.

The group incorporated July 2, 1973, as the Syracuse Corvette Club. They still gather monthly at a variety of area restaurants for club meetings, host members-only events, trips and cruises and showcase their cars at open events. These total about 70 events annually.

In addition to bonding over their favorite car, Ennis also likes the civic mindedness of the club. While the quarantine ensued, the club organized drive-by events for children’s birthdays since they could not host a party. Ennis said that watching 20 to 30 Corvettes rumble past in a row thrilled the children.

The group’s fundraiser, Vettes on the Beach, has raised a minimum of $1,000 each for nearly 200 charities during the event’s 28 years.

When Ennis joined the club, fewer than 200 were members. Those numbers have swelled to 410. Most hail from central New York, but some members live as far as Kingston, Ontario and the Bronx.

“We meet people along the way who like who we are and what we do,” Ennis said.

The group has no age limit, but more are middle-aged than any other age group.

Ennis said that an 82-year-old who is legally blind joined the group, even though he cannot drive. He has a C4 Corvette that his driver uses to bring him to events. Ennis said that Corvettes have eight “generations” signifying the era in which they were built.

He believes that the club draws people who not only enjoy Corvettes, but also traveling, cruising and socializing.

“‘If you’re not having fun, it’s not our fault’ is our motto,” Ennis said.

While some auto clubs are more oriented towards “gearheads,” Ennis said that Syracuse Corvette Club is for general enthusiasts.

“Some take our cars out on the track—I’ve been on Bristol motor speedway and Watkins Glen—and some don’t like the tracks and like going for cruises,” he said. “It’s a wide-ranging list of things our club is involved in. Members can pick and choose what they want to attend.”

Their recent 4th Annual Vettes for Pets attracted 40 members to raise funds for CNY SPCA. The event resulted in a $2,500 check to the organization. The club’s efforts caused the CNY SPCA to dedicate a kennel to the club. Members pay a registration fee to attend the event. Vettes for Pets includes a 50/50 drawing and basket raffles. Sponsors contribute to the effort.

Ennis and his girlfriend Sandra Winkworth, who is also a club officer, attend numerous club events with his 2013 Grandsport Corvette in “night race blue metallic.” He has also owned a 2007 convertible Corvette. He has three grown children, one of who lives in the area and has joined the club.

Ennis worked as a firefighter with the Syracuse Fire Department after 37 years. He has a custom plate on his ‘Vette that states “REMBR343,” dedicated to the 343 firefighters who lost their lives on Sept. 11, 2001.

Winkworth works for the fire department in the fire chief’s office as an administrative assistant.