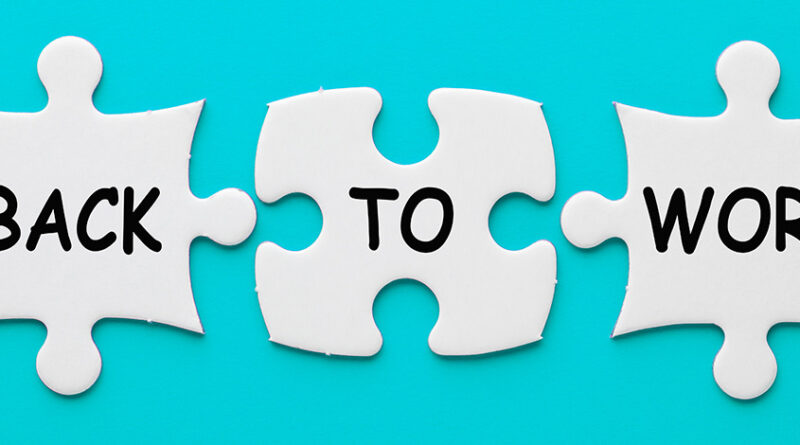 It’s not just for the paycheck, experts say

“Unretirement” represents people who believed they were done working, retired during the pandemic and changed their minds post-COVID-19.

Many of these were probably nudged toward retirement because they were part of the eight million COVID-19-induced layoffs and furloughs and figured “why return?”

For some, the hassles and risks of returning to work at their age during the pandemic did not make sense.

But many of these new retirees are returning to the workforce. According to CNBC, the level of workers who retired during the pandemic and then returned a year later is at about 3.2%, near where it was before COVID-19. As employers scramble to find workers, their recently retired employees are providing a ready cadre of seasoned workers ready to fill openings.

Like other age segments, older adults have been feeling the pinch of the recent months’ inflation, especially difficult for those on a fixed retirement income. They realize their care needs and expenses will only increase as well. Returning to employment can ease those budgetary issues.

“As we look at it in its totality, we have a larger and more sophisticated consumer population who’s aging, has less money for retirement than previous generations and who are relying more heavily on soon-to-be insolvent government programs, who will be cared for by fewer caregivers,” said Kim Townsend, president and CEO at Loretto.

With fewer people providing care and more people in the future requiring care, the cost of that care will increase due to demand. Many older adults who realize this have returned to work to ensure they will have enough money to cover their future needs.

“For many, their anticipated income wasn’t enough to support them in their old age,” said Douglas Goldschmidt, licensed clinical social worker and life coach in practice in Syracuse. “Social Security and their pension aren’t enough. A lot of people in the middle class, their investments are a key part of their net worth. Investments have not exactly done fabulously over the past few years. The boom stock market left some people flush is not now.”

While economic downturns are not as bad for people in their 40s, by the time someone is 65-plus, recovering is tougher because of their timeline.

Finances are not the only reason for returning to work. Goldschmidt said that many people realize that they feel bored in retirement and go back to work to stay active.

“For some people, it’s an opportunity for people to do things they hadn’t done before,” he added.

For these people, going back to work will likely be in a different field or as a consultant, entrepreneur or freelancer.

“I’ll continue to work because I enjoy it,” said Goldschmidt, who is 72. “You can’t do very physical forms of labor as you age, like being a firefighter or police officer. Certain jobs require coordination, like truck driving. But for desk work and many types of professional work, there’s no reason to not work if you want to.”

He thinks that social connections drive people to return to work, as they feel adrift without the relationships they formed at their workplace.

There might be a Great Resignation going on in some parts of the American workforce, but other parts are witnessing a Great Unretirement.

A recent report from the AARP, citing data from the Indeed employment website, found that 1.7 million Americans who retired a year earlier have returned to the workforce.

That represents just more than 3% of overall retirees.

They’re not just going back to pad their bank accounts with fresh paychecks, either. Many are driven by other factors, ranging from stock market volatility to a desire for more social interaction. The majority are working part-time.