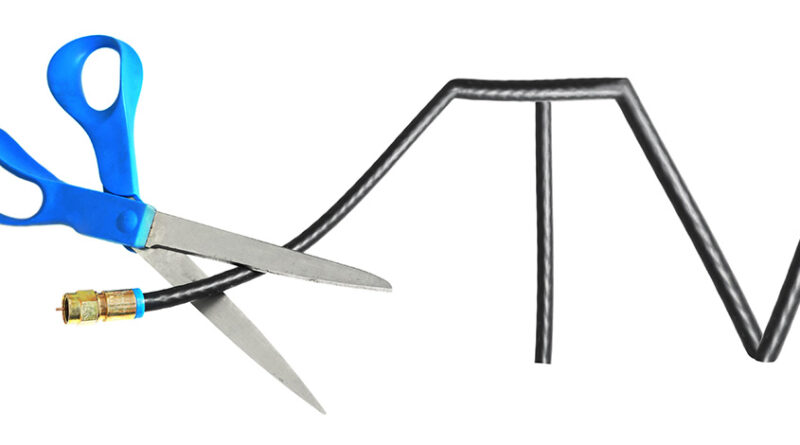 The exodus from cable toward streaming has reached its highest level.

With an average rate of $107 per month, the rates for cable and satellite TV are substantially higher than streaming platforms.

The a la carte nature of streaming appeals to many viewers. If you don’t care to watch sports, why pay for ESPN as part of a viewing package, for example?

For those who already pay for a high-speed internet connection, adding a couple streaming platforms provides a custom viewing experience more affordable. Spectrum charges $19.99 for an internet connection (with a two-year contract) for up to 300 Mbps, which is fast enough for streaming programming. Viewers can watch live TV and stream new and favorite movies, documentaries, cartoons (for the grandkids, of course) and other new content.

Streaming platforms also allows viewers to watch on any device they want, download programs to watch later without a WiFi connection, and group watch with people elsewhere. Streaming includes no-contract options, which is ideal for someone who wants to access viewing choices seasonally, such as more programming while “hibernating” during the winter but less during more active warmer months. Perhaps adding Disney+ would help during the summer while babysitting the grandchildren. Cable and satellite require contracts.

Streamed programs may or may not include advertising, but when they do, the ads are very short and infrequent. Some streaming platforms like Hulu + Live TV include broadcast television.

If you want to watch television via streaming, these options are much less expensive than cable or satellite:

If movies and documentaries appeal to you, consider these on-demand providers, which work like a virtual video collection. Most of these allow a certain number of simultaneous streams, where members of your household can watch something different at the same time on their devices. Some of these services rotate what is available, so movies and programs come and go:

Most platforms offer a free trial period to help you make up your mind.