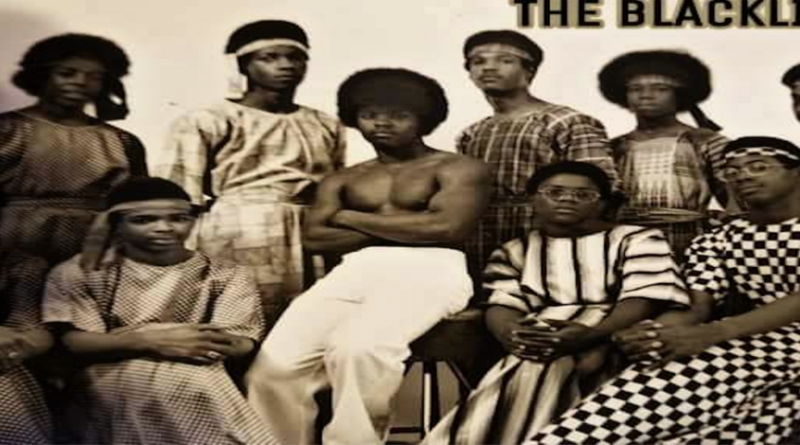 Their love for music, friends, family, faith and fans — this is what keeps members of the Blacklites band, all older than 55, still drawing in the crowds, even 50 years after the group first formed.

“It’s all about feeling and the people,” said vocalist Jerry ‘Mr. Wiggles’ Patterson. “The adrenaline you get when you walk out there and see the people, you see them smi 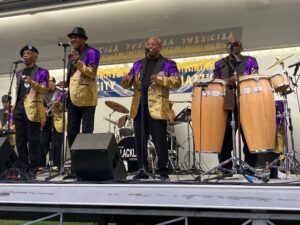 ling. It gives you that thing.”

Several members of the group, including Patterson, 67; lead guitarist Emmanuel ‘Manny’ Atkins, 65, and Manny’s brother, Mike Atkins, recently got together to talk about the group, their history and what keeps them going.

Their music is a blend of Motown and R&B, which the band infuses with its own sound. They do covers from such iconic artists as the Commodores, Stevie Wonder, The Temptations and Earth, Wind and Fire.

“We’re the protectors of the old school,” Manny said.

The music has to be danceable, so Manny, who puts the playlists together, explained that if the audiences are not on their feet, (which doesn’t happen often), he’ll shift gears and go to one of the group’s perennial favorites, like Commodore’s “Brick House” or Earth, Wind and Fire’s “September,” to get the crowd energized.

Begun in 1972, when friends and family from both the south and east sides of Syracuse got together and started playing music in one of the family’s backyards. Within about two years, they were playing to a lot of audiences throughout the Syracuse area; they became more disciplined and perfected their stage presence. Some of the band’s members headed to Boston and toured that area, with the remainder staying in Syracuse due to job and family commitments.

Eventually, contract disputes caused the band to break up and they returned to Syracuse. But they did not return to local stages for nearly two decades, until, that is, Manny’s brother, Mike Atkins, got involved. He brought them back together, convincing them they had an “obligation to our community to stay together,” he said.

It’s the members’ shared history that has made their music all the richer. But their shows are more than just the music. They’re the whole package, complete with the dance moves and outfits. For one show this past summer, band members took the stage dressed in purple and gold jackets and black pants, resembling their musical heroes, Earth, Wind and Fire.

Frank Malfitano, executive director at Syracuse Jazzfest Production and founder of the Syracuse Area Music Awards (SAMMYs), was introduced to the Blacklites 50 years ago.

“I knew immediately they were going to be something special. And I’ve been a fan ever since,” he said.

Such a fan, in fact, that he booked them for the 25th anniversary of Syracuse Jazzfest in 2007, where they opened for the one-and-only Aretha Franklin — and she loved them, according to Malfitano.

“The band really rose to the occasion that day; brought their A game. They’ve been riding that wave ever since,” he said.

Malfitano noted, too, that the Blacklites’ longevity and their ability to “stay at the top of the game for that length of time,” are two of the reasons why they were selected to receive the SAMMYs Founder’s Award in March of this year.

“Their contribution to the Syracuse and Central New York music scene has been so unique and so unparalleled; we felt they had to be recognized on their 50th anniversary for all they’ve done to keep the soul revue tradition alive. And to be honest, because no one does it better or looks as good doing it onstage. They’re the best,” he added.

“It’s not just the music, it’s the moves. You’re seeing their interpretation of what would be considered rhythm and blues,” according to Steve Becker, president and owner of Premier Promotions, who has booked the group for numerous events he produces, including the Winter Fair and the Jazz in the City summertime concert series in Syracuse, which is presented by CNY Jazz Central.

Having their roots in Syracuse is a main reason for their popularity here, Becker believes. Their fans come from all sections of the community, regardless of age, race or neighborhood.

“It’s a good feeling that they project in their music,” Becker said. While the music might come from the Motown era, he commented that even his 26-year-old son loves the sound. “I think there’s a rediscovery of the music that came out of the ‘50s, ‘60s and ‘70s,” Becker added.

The 50th anniversary since the beginning of the Blacklites was made even more special when the band was honored with the Founder’s Award at the 2022 Sammy’s Award Show.

While most of the guys in the band are in their 60s, they are playing on — motivated by their fans, and with a little bit inspiration from Earth, Wind and Fire.

Patterson pointed out that members of that group are in their 70s and still doing world tours. So why shouldn’t the Blacklites play on?

Patterson said that some people may ask them how long they plan on doing this. Lifting his eyes heavenward, Patterson replied, “We’ll stop when the good Lord says it’s time. He has the answer. He gave us the gift. He’ll say when enough’s enough.”

The group does most of its gigs in large, outdoor venues, so fans should keep checking the website — theblacklitesband.net — to learn about upcoming shows in the spring and summer months of 2023.