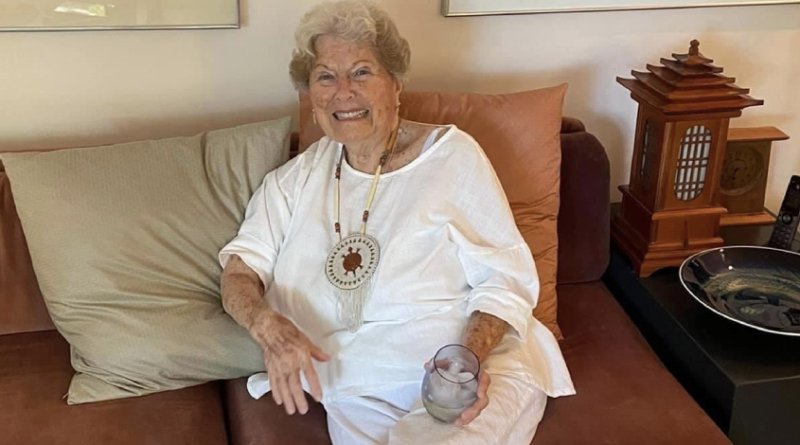 First of a two-part series

At the age of 97, Charlotte (Chuckie) Holstein is still a force in our community. She is an icon of leadership and the people she has inspired are now found throughout business, government and the nonprofit world.

There is rarely a time that anyone comes away from a meeting with Holstein that they haven’t learned something, been connected to someone or had a conversation that will affect some part of our community. Part one is a look back at this amazing life and part two, in the next issue, will be life lessons learned over 97 years.

Holstein was born in Rochester into a Jewish family who believed in tzedakah, an ethical concept of giving back, through doing the right thing, and giving aid, assistance and money to the poor and needy.

Her father was a house painter who often employed workers from different backgrounds, so from an early age she became comfortable with diversity. What she has accomplished in her life was guided by this early background and a set of beliefs from her religion, other religions and cultures, and from the man she married and his beliefs.

When she married Alexander Holstein, whom she met on a blind date, she stepped into a different world.

The Holsteins owned Syroco, a large manufacturer of molded wood products, with a three-generation history of philanthropy in the community through civic, cultural and religious life.

Chuckie and Alex expanded this tradition of involvement into the arts, health care, education, religion and interfaith work.

She says that from Alex she “learned to love and to be generous, to have patience and to not believe everything you hear. To do your own research. To evaluate other points of view. And … what forks to use.”

The Holsteins always opened their home to others, providing a gathering place for family, friends and community groups. Together they raised four children (they lost their adult son, Philip, in 2016) who with their spouses, carry on the tradition in their own communities. In Syracuse, it is their son, David, and their daughters-in-law, Alyse and Jeanne Holstein, whose names would be most familiar.

After 79 years of marriage, Alex died two years ago at the age of 96.

As a young woman in Syracuse, Chuckie was involved in activities focused on diversity and was a long-time member of the National Council of Negro Women, the National Council of Jewish Women and the American Jewish Committee, hosting meetings in her home. She was the chairwoman of the mentorship program for the Syracuse City School District, herself mentoring an eighth grader, saying that “if you’re going to be a mentor, you need to get involved and know what’s going on in people’s lives.”

An example of an early project was setting up an overnight camp week for children and their mothers from Pioneer Homes, one of the first government public housing projects in the United States.

“I’ve always copied people I admire,” she said. This list includes Rhea Clark, community leader and president of Cazenovia College, and Monsignor Charles Fahey, a person who values ‘values.’ “He helped me think ‘how will this action help someone?’

“In more recent years, I have learned leadership skills from Judy Mower, my long-time collaborator, and from Barbara Stone, a leadership development coach and a graduate of Leadership Greater Syracuse when I was the director, and so many others.”

So, it is no surprise that perhaps the biggest impact Holstein has had locally and internationally is in intentionally making diversity a priority so that people from varied walks of life, from a janitor to a corporate CEO, are offered opportunities to get to know each other and even become friends and colleagues.

It is a fact of life that when people in positions to hire, or who are looking for people to serve on boards, or belong to clubs, or to run for office, they often choose those they have worked with and know, and yes, consciously or unconsciously, choose those much like themselves.

Holstein set out to change that perspective in a very purposeful way.

It goes without saying that diversity in race, religion and gender are her top priorities, but she also cares about diversity in professions. People in manufacturing, small business, construction, law, the arts, public service or insurance would not in the daily course of events have the opportunity to interact meaningfully with people in the fields of health care, government, substance abuse and persons with a disability. But thanks to Holstein and some strong cohorts she enlisted, this type of collaboration is now the face of the community.

She was a visionary before her time who recognized new cultural shifts before they actually hit the public eye. Before women began to be seen in leadership roles, and prior to the start of the women’s movement, Holstein chaired a national committee on women’s issues and spoke around the country on the importance of involving women in decision-making. It was women like her who “put grease on the wheels” of the women’s movement. Locally, she was the first woman on the board of Loretto, a Central New York health and rehabilitation company, and eventually president of its board.

How did someone get to be in such a position of influence and effectiveness without ever holding political office?

Every politician in her community for the past 65 years will tell you that it is not easy saying no to Chuckie Holstein.