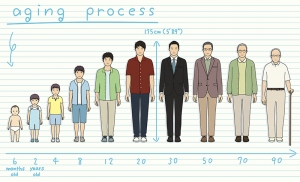 Three of my boyhood friends and I have had recent conversations about how long we want to live.

One lives in Carmel, Calif.; one in Rehoboth Beach, Del., and one near Wilkes-Barre, Pa. The California friend was a general practitioner (family doc) who now works part time in his field; the Delaware friend is a retired major bank vice president, and the Pennsylvania friend ran a successful auto franchise for many years. The first two are 77, my age, and the other is 76. All four of us are in relatively good health with no debilitating diseases or major infirmities.

While none of my friends was specific with an age, all of them unanimously agreed that they wanted to live as long as possible but only if they can remain mostly independent. Quality of life trumps longevity for all three.

We all know that people are living longer than ever before. A new survey commissioned by Time magazine and done by the Stanford Center on Longevity found that most Americans want to live to be 100, but they aren’t doing what they should do to accomplish the goal.

Only about one-third of those surveyed said they were happy with their current body weight and financial situation.

“The surprise in this survey is not that people want to live to 100, but it is how little they have done to prepare,” said Peter D. Hart of Hart Research Associates, which conducted the survey.

Only 42 percent of those surveyed said they are making a serious effort to get there by keeping their weight in check and building financial strength.

My Pennsylvania friend is by far the most fatalistic of the four of us. “I expected to be dead a long time ago,” he said. “The fact that I am still alive at age 76 is a major mystery to me.” A life-long smoker who has frequently abused his body, he said he considers himself to be in bonus territory, and any day he survives from here on out he considers a gift.

My Delaware friend still skis the slopes of Vermont, Utah and Pennsylvania. He has a garden that is the envy of his Rehoboth Beach neighbors. He tends to the garden himself, and when the warm weather comes, it is a daily chore that keeps him hopping.

My doctor friend from California has had a recent hip replacement, but he has bounced back stronger than ever. Although he does not have a specific workout regimen, he is active and enjoys life through travel and entertainment.

I continue to walk 6.5 miles daily, have a few aches and pains that are par for the course for guys my age, but so far nothing major to slow me down. I would love to make it to the century mark, but only if I am aware that it is happening and only if I can dance the jitterbug to “At the Hop” on my 100th birthday. If not, then, “beam me up, (or down, as the case may be), Scotty.”

My friends and I tend to be in sync for the most part with the Stanford/Time survey group, which said that, overall, they appear to be optimistic about aging “gracefully.”

Seventy-seven percent say they are happy with their lives overall and feel that their family, career and education make them happy. In addition, 74 percent of those surveyed said that when they think about growing older, they think of mostly good things.

So what are some of the characteristics of centenarians?

• The vast majority are women.
• The majority live with other people rather than on their own, usually in nursing homes.
• Most are more sociable and interact with others.
• Many eat healthier and curtail the amount of alcohol they consume.
• Many are active, walk a lot and at a good speed.
• Most live in cities. In the 2010 census, nearly 86 percent lived in urban areas. Those living in urban areas say it is more stimulating with much more to do.