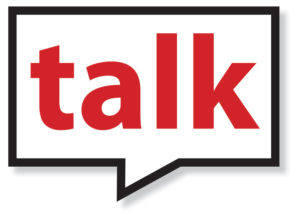 I’m going to tell you a story, maybe two, and then ask you to consider doing something a little out of your normal comfort zone.

The stories are not so much about who is right or who is wrong, but more about how things are and, are we happy with that or would we like to see change?

Background: This past fall I was in Jordan and Lebanon. There were 20 people on the trip, including Middle East expert and New York Times opinion writer, Roger Cohen.

Being in small group situations where you have to get along with strangers for many days, there is an effort to minimize friction. For instance, being on time, not complaining about small inconveniences and … not discussing politics. This trip was different in that we did talk politics, but very cautiously.

Upon his return to the States, Cohen wrote an opinion piece for the Times about one of the members of our travel group, Chuck Hardwick. Hardwick had been a senior vice-president for corporate affairs worldwide for Pfizer, the pharmaceutical company. A lifelong Republican, he had also been speaker of the New Jersey Assembly and is now retired and living in Florida.

In an open, honest reflection of his thoughts, Hardwick expressed his feelings about the present political state of affairs. Cohen wrote about him, “I concluded he was an interesting man with an open mind, and [is] a good bellwether for how centrist Americans view the election.”

The gist of the article was that here is a lifelong Republican, with a depth of experience in the corporate as well as the political world, in itself an unusual combination, who is unsure how he will vote in the next national election.

Furious letters came from what I had assumed were open-minded readers of the New York Times, castigating Hardwick for even thinking of voting for Trump.

So struck was Cohen by the responses to his article, that he reconnected with Hardwick and interviewed him in depth about his background. He then wrote a second article, including a few quotes from reader’s letters. Among them, Hardwick is “an oligarch, glad to have the world tilted in favor of the ultrarich.” He’s a man who “made big money in Big Pharma.” Like other “old white ex-big pharma executive men” who voted Trump, Hardwick is among those who have “disqualified themselves as either too prejudiced, and/or too incompetent to judge who the next president should be.”

Hardwick, in fact, grew up in rural Kentucky in a family with many hardships. After losing his mother at a young age, the family moved to Ohio and his father became a bakery worker for Wonder Bread, walking to work every day as they couldn’t afford a car. When his father got injured on the job and was unable to work for a year, Hardwick, who was in eighth grade, gave up sports and started delivering the Akron Beacon Journal; he became self-supporting and was able to contribute financially to his family. His avenue to college was as the recipient of a scholarship. Hard work advanced him up the corporate ladder. His was, and should still be, the American Dream: poor boy works hard and makes good. Isn’t that something we should applaud, not attack?

The bottom line of Cohen’s follow-up article, given the labels readers gave to Hardwick without even knowing anything about him was, “what has happened to civility?”

And I ask you, as I asked myself, are we avoiding friends and family whose politics differ from ours because it has become increasingly difficult to be civil to each other? If we’re not happy with this situation, no matter what side of the issue we are on, and if we want to be part of the solution and not the problem, what can we do?

Hardwick and I met and discussed if we could make any good come from the articles and in answering Cohen’s question, “what has happened to civility?” Our thoughts were to bring people together to just talk about being civil but it really needed a format. We received input from Melvin Sorcher, prominent organizational psychologist and author, who suggested we should be clear that we’re not trying to change political attitudes or opinions, but what we want is to change listening behavior.

Toward that end, we’d like you to consider joining us in this effort.

‘I ask you, as I asked myself, are we avoiding friends and family whose politics differ from ours because it has become increasingly difficult to be civil to each other?’

The next time you are together with a few other people, pick a topic or two, perhaps from the lists below, to discuss. The goal would be to have relevant discussions without being defensive and to renew relationships and open the door for ongoing civil discussion.

Start with each person stating their personal values and why they are so important to them. According to Sorcher, this is an essential part of any discussion as it “primes” us to listen to each other civilly so we understand where the other person is coming from.

For the chosen topic, set a ground rule that each person is allowed up to five minutes to give an opinion without any interruption. Then a person with a contrary view will be given the same opportunity.

Some topics Hardwick suggested for discussion:

• “Has the Me Too movement gone too far?”

• “Should state driving laws be changed to age 21?”

• “Could we take a pledge to support the next president – is this a good idea or bad?”

And I will add:

• “How do we get our news from and how do we know it is fact and not opinion?”

• “Should wealth be an issue when choosing elected leaders?”

• “What are some issues we can all agree on?”

If you decide to give this a try, we’d love to hear from you. I can be reached at: marilynp7@gmail.com. Happy discussing.