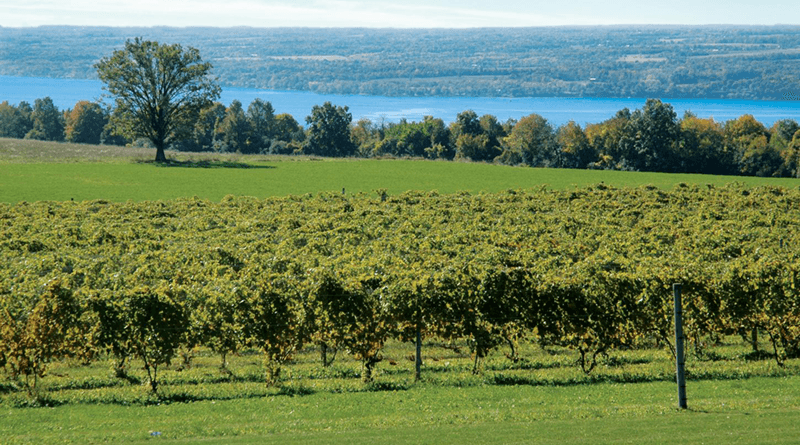 From a Great Lake to a Finger Lake, visitors will find Cayuga County has it all — wine, theater, arts, history and nature galore.

The county has eight lakes, a section of the Erie Canal, and more fresh water frontage than any other New York state county. From paddle boarding to snowmobiling, there is outdoor fun for all ages during all the seasons. For the adventurous there is sky diving and scuba diving — something to thrill all levels of enthusiasts.

1. History: William Seward was secretary of state under President Lincoln and was injured as part of the conspiracy that assassinated President Lincoln. As secretary of state under President Andrew Johnson he negotiated the treaty that made Alaska part of the United States. It was called Seward’s Icebox until gold was discovered. Seward made his home in Auburn. His beautifully preserved home is open for tours. Also in Auburn is the Ward W. O’Hara Agricultural Museum highlighting farming and rural life of 100 years ago. Sterling’s Little Red Schoolhouse Museum has displays from yesteryear plus railroad memorabilia, including an operational pump car. The Cayuga-Oswaco Lakes Historical Society in Moravia has items belonging to Mildred Fillmore, the 13th president who was born in Moravia, along with exhibits dealing with the area.

2. Freedom Trail: Follow Auburn’s historic Freedom Trail to the Harriet Tubman National Historic Park. Tubman, known as the “Moses of her People,” led many slaves to freedom and served as a spy during the Civil War. She settled down in Auburn where she started a home for the aged and indigent black people. In 2017 the home became the cornerstone of a National Historic Park. Tubman died in 1913 and is buried in Auburn’s Fort Hill Cemetery. Harriet Tubman hid runaway slaves in the woods around the historic Springside Inn on Owasco Lake and legend has it that the 1851 Inn was also part of the Underground Railroad.

3. Performing Arts: No need to go to the Big Apple for Broadway shows; Merry-Go-Round Playhouse in Auburn is a professional summer stock theater utilizing many actors and staff on hiatus from NYC’s theaters. It is part of the Finger Lakes Musical Theatre Festival with additional performing venues, one of which is The PiTCH where new musical productions are tried out. The restored Victorian Morgan Opera House in historic Aurora has retained many of its original features and hosts a wide range of productions.

4. Arts: The Willard Memorial Chapel was once part of the Auburn Theological Seminary, an educational facility that educated pastors and missionaries. It is the only complete Tiffany chapel in existence. Unique features include a rose window, Moresque-style chandeliers, glass mosaic tiles, and a ceiling with gold leaf stencils. Also in Auburn is the Schweinfurth Art Center, a nonprofit, multi-art venue that offers more than a dozen exhibitions featuring national and international artists. They also offer a variety of art classes and workshops for all age groups.

5. Libation time: Cayuga County is a key member of the Cayuga Lake Wine Trail. There are several wineries, including Colloca Estate Winery on the shore of Lake Ontario in Fair Haven. Colloca is a popular venue for weddings and other events. Also visit the Apple Station and Izzo’s White Barn wineries. The Sterling Cidery creates craft ciders made from local apples and in Weedsport the Lunkenheimer Craft Brewing Company brews specialty beers one barrel at a time.

6. Nature: Montezuma Wildlife Refuge includes more than 9,000 acres of protected wetlands. There are miles of hiking trails and several observation towers. The visitor center is open from spring to fall where they offer informational and educational programs. Enjoy the great beach at Fair Haven Beach State Park along with campgrounds, cabins, hiking, and other outdoor activities. Check out the Cowsheds Waterfalls at the 941-acre Fillmore Glen State Park near Moravia, as well as Long Point State Park near Aurora which has a swimming area and hiking trails.

7. Tee Time: The county has 12 golf courses making it a destination delight for golfers. Kings Ferry Golf Club has a Scottish-links style course while Highland Park Golf Course can be a challenge for some golfers. Regardless, there is a course for every level of golfer. Check out money-saving packages that include accommodations, golfing, and meals creating a stress-free getaway.

8. Small town ambiance: The county is dotted with small towns, many of which have their own historical society or museum plus places of interest. Visit Frontenac Historical Society and Museum in Union Springs, Lock 52 Historical Society in Port Byron, Old Brutus Historical Society in Weedsport, and Olde Victory Village Museum in Red Creek. Don’t miss the small village of Aurora that was revitalized by an alumnus of Wells College and the founder of the American Girl doll.

9. Festivals: There are many fun festivals, including the Finger Lakes Musical Theatre Festival, the Annual Lavender Festival, Founders Day, and TomatoFest which features crafts, entertainment, cooking demonstrations, a pasta dinner and more. Check out the merriment in 1585 Warwick at the Sterling Renaissance Festival where the order of the day is to eat, drink and be merry. Huzzah! Huzzah! Or, growl “arr” during a day of fun at Sterling’s Pirate Fest.

10. Unique: MacKenzie-Childs in Aurora creates one of a kind furniture and other household items. Auburn’s Theodore Case invented the first commercially successful system of sound on film. The Cayuga Museum located in the historic Willard-Case Mansion is a repository for the Case Research Lab. Frontenac Island, in Cayuga Lake west of Union Springs, was the sacred burial site where an archeological dig turned up human remains and artifacts dating back 5000 years.