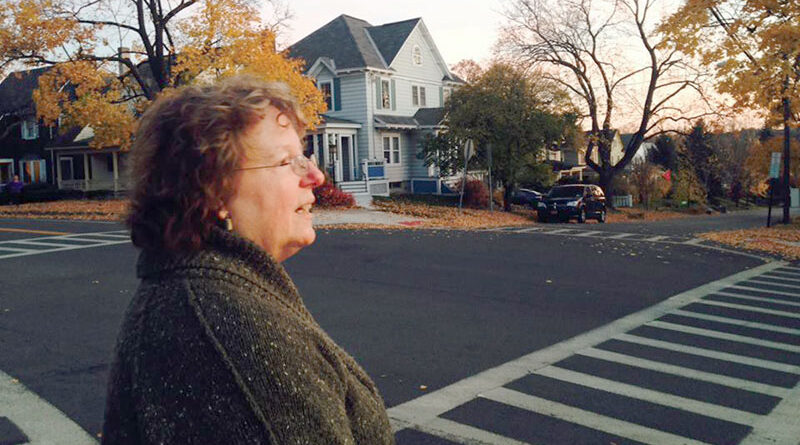 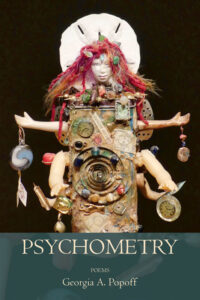 It is a compelling characterization from a writer who, at every opportunity, lifts her own poetry and that of her students up out of isolation and into a community of ideas and energy.

Popoff has been the workshops coordinator for Central New York’s YMCA Downtown Writers’ Center since 2012, working with Executive Director Phil Memmer to offer classes in all genres taught by experienced published writers in the area. Popoff herself usually facilitates workshops in poetry-writing and non-fiction writing, inspiring adult writers of all ability levels since the Downtown Writer’s Center opened its doors in 2000.

The Syracuse Downtown Writer’s Center is the only literary arts center between Albany and Rochester, according to Judy Carr, a member of the board of managers of the YMCA’s arts branch.

The center publishes an award-winning literary journal, “Stone Canoe,” gives annual awards to local authors, and has a Visiting Authors reading series of both local and national writers each season.

DWC’s class offerings and enrollments are on a significant upswing since the transition to online Zoom video/audio classes during the pandemic. The fall 2020 session offers 23 writing workshops and literature classes, up from 16 last spring. They cover poetry, short stories and novels, plays and scripts, non-fiction writing, and even photographic essays. The online catalog labels workshops by beginner, intermediate and advanced, so new writers need not feel daunted.

As the person who organizes the workshops, Popoff finds the online classes work well, not only for social distancing but for physical distancing as well. For instance, retirees and other travelers who are out of town need not forgo their writing workshops. New students from across the country can join. In a testimonial on the DWC’s website, long-time student Susan Burgess gratefully comments that she can “enjoy this wonderful community again” even though she moved across the country.

Popoff’s classes, like others at the DWC, are small, usually eight to 12 students, so participants have time for sharing and discussing works-in-progress weekly.

As a teacher, her style is to hold back, listen and offer comments only after the students themselves critique the strengths and potential of their classmates’ work. In the process, students find their voices, value that of others and engage in self-discovery. Carr, who’s taken several of Popoff’s workshops, considers the “nurturing of new talent” to be one of Popoff’s greatest strengths.

Of the beginning writers in her classes, Popoff remarks that once her students are hooked on the writing life, they will often say, “Wow, writing is a lot of work!” At that Popoff jumps right in. “Yep, it is. But it is joyous work!”

Georgia Popoff herself says that her own poems can start off “overwrought” in the first draft. So for both herself and her students, she stresses revision — re-working words and phrases, verb choices, sound and musicality. She encourages experimentation — trying another point of view, another stanza form, a narrative vs. a lyric. “Every word has to earn its way into the final draft,” she asserts.

With no degree in writing and with little formal training in the strategies of education, Popoff’s intuitive sense of how to put head and heart on paper and how to help others do the same is the greatest resource she can share.

A native Syracusan who grew up in the neighborhood now fondly referred to as the Westcott Nation, Popoff has been teaching writing for over 25 years, both to young people in school districts across New York state and to adults in the Downtown Writers’ Center.

Though the shapes and language of her poetry are widely different and wonderfully surprising, the reader will discover themes that are familiar and relatable: the dilemmas — and wonders — of daily life, family, love, and commitment. “Psychometry,” her most recent poetry publication, is a series of portraits of women, some famous, some obscure, all bound in the intricacies of gender and culture.

Popoff reflects that she had always approached the book as “a feminist statement.” It is divided into four sections: I. “Psychometry”, with portraits of iconic women from history or pop culture as told through the point of view of inanimate objects, i.e. Harriet Tubman expressed through her wire dress form and Janis Joplin expressed through a cowbell; II. “Epistle,” letters from the voices of imaginary characters; III.” Voice,” anonymous poems written, explains Popoff, by “any woman on any particular day, in deference to women who were not able to publish;” and finally section IV, titled “I Am,” a self-portrait in 24 poems.

“I do a lot more work internally before putting it on the page,” Popoff reflects. “I listen to the work telling me what it wants to be and then I respond.”

Popoff describes herself as a “community poet” on her website, and “community” is integral to her life as a writer. In the 1990s, she was active in the Poetry Slam movement, which sought to popularize and energize poetry as performance. She has been a senior editor of “The Comstock Review,” Syracuse’s own poetry journal, for 20 years, and she has published works in the DWC’s “Stone Canoe.”

In education, another one of her teaching passions is developing youth writers in the DWC’s Young Writer’s Academy, which she started in 2012 with six students. Today the academy averages 20 students, who currently participate online each Saturday. Popoff can recount with pride the young people who go on to more serious writing pursuits after their time with the academy — the student who earned a Master of Fine Arts at the University at Buffalo, another who earned a film degree and is now in Los Angeles hoping to break into film.

To those young people yearning for a voice, Popoff says it best in “Our Difficult Sunlight: A Guide to Poetry, Literacy, and Social Justice in Classroom and Community,” written with Quraysh Ali Lansana. Popoff’s chapter two begins, “Let me make this very simple for you. Words are power. The more words you know and can recognize, use, define, understand, the more power you will have as a human being.” (Teachers and Writers Collaborative, 2010)

To read this explanation of Popoff’s passion for words is to understand that her message is intended for all her students, no matter their age, as well as for herself, and that those living documents she affirms are words that empower the people who create them.

For information on DWC writing classes, contact Georgia Popoff at gpopoff@ymcacny.org. Popoff’s own website and blog is

The neighbors may think me mad
gardening in the midnight rain.
Perhaps they have grown used

to my naïve, sporadic methods,
my swift technique for carving
dandelions from soil.

I covet things the way stubborn roots
grasp the ground. Though I break
their anchors with a determined twist

they seize territory and propagate.
I drive the weeder deep, cleave a crescent
in the dirt to lift the plant clear.

— from Psalter: The Agnostic’s Book of Common Curiosities by Georgia Popoff.