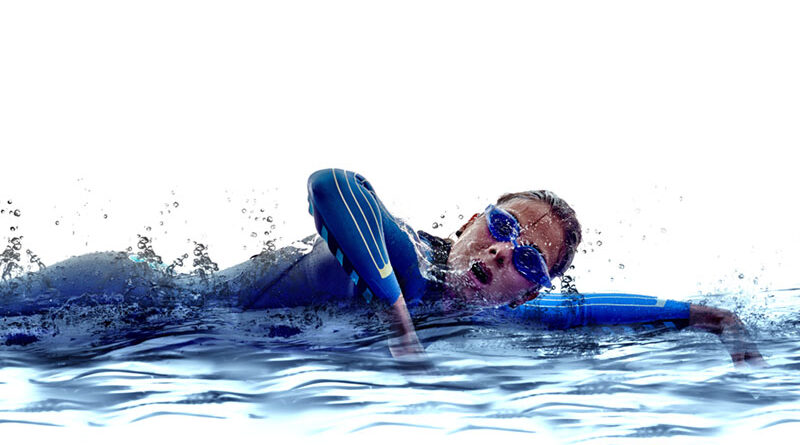 For older adults who compete in triathlons, it’s not about where you start or even where you finish. It really comes down to the camaraderie and the continued determination to beat your age.

As demanding and grueling as these races sound — swimming, biking and then running long distances — not being able to participate in events due to the global pandemic has been the toughest challenge for these unique Central New York athletes who train year-round. Their yearning to get out there again is more intense than the aches and pains on aging bones and muscles they sustain after a weekend of pounding the pavement.

Four women who have an unparalleled passion for this sport recently talked about their experiences with these tests of human endurance as they set their sights on returning to competitions this spring.

“You want to beat your age — that’s the whole game.”

Clinton came into the sport as a biking enthusiast. After developing arthritis in her hip, Clinton was advised that running would be a good way to manage her pain. She had participated in an event in 1982, and then picked it back up 20 years later. After that she was all in, competing on four triathlons per year plus half Iron Man events (70.2 miles).

To train for these events, Clinton rides her bike outdoors for as long as the Upstate New York climates allows, and then does spinning classes indoors. She has been able to run outside all 12 months, but does most of her swimming in indoor pools. During the week, two-hour training sessions are typical for Clinton, with longer sessions on the weekends during the warmer months.

“It keeps you sane,” said Clinton, who is the vice president of risk management for Brown and Brown Empire State. “Especially during COVID.”

For Clinton, making friends along the way has been the most enjoyable part of this journey. Some of the folks she trains with are 10 years or more her junior, and some are more than a decade older than her. Most are also members of the CNY Triathlon Club. Clinton believes that club membership among older adults is increasing.

The biggest challenge for Clinton has been managing her arthritis. Yoga has helped so far. During the 2019 season, she was still able to complete the 32-mile treks (Olympic-level distance) on a Sunday and make it to work on Monday morning.

Clinton said that, psychologically, the hardest adjustment for her when she first began triathlons was swimming from the starting line.

“You never know the temperature until you get in the water,” she said. “And in the open water there is a mass start where 100 people are kicking and thrashing their arms in the water. It’s easy to get hit.”

While most competitors have continued to train in some fashion during COVID-19, get-togethers or group training sessions with club members have been smaller and less often. Clinton said the time off has only intensified her desire to see her colleagues again and compete.

“You want to beat your age — that’s the whole game,” she said. “But being apart and away for so long, we realize how much we love it. It also takes some of the pressure off. The finish times won’t matter as much. It’s more important that we are still here.”

“I was 47 when I did Green Lakes. I thought that would be the only one I’d ever do — just to prove a point.”

Piscitelli grew up in the Bronx, where crowded city streets and whatever open bodies of water existed were not exactly conducive to triathlons.  She moved to Central New York as an adult and took up running at age 33. Her first race was the Syracuse Mountain Goat, a challenging 10-mile trek of hills and winding streets. Normally that would not be the best competition to start with for a newbie, but Piscitelli did surprisingly well.

Friends talked her into training for the Green Lakes triathlon. Like so many of her Central New York colleagues, Piscitelli was unsure of her swimming ability, so she signed up for small-group swimming lessons at the YMCA. The only other person in the class panicked in the pool and dropped out after week one, so Piscitelli was able to get up to speed quickly with the one-on-one lessons.

“I was 47 when I did Green Lakes,” she recalled. “I thought that would be the only one I’d ever do — just to prove a point.”

But four years later, at the age of 51, Piscitelli finished an Iron Man triathlon (2.4-mile swim, 112-mile bike and 26.2-mile run). The retired math teacher eventually became a professional certified triathlon coach, her current job at the YMCA. Not bad for someone who thought she would be one and done.

She completes much of her training when teaching at local YMCAs, but also runs six days a week on her own. Piscitelli participated in small group bicycle rides during the warmer months, the last one taking place on the mild weekend in late November after Thanksgiving.

Piscitelli loves to compete, but her favorite part of the sport is the training. Her advice to any older adult who is curious about triathlons: Give it a try.

“Focus on your weakness to get stronger,” she says. “If you could see how bad I was at swimming, you’d know what I mean. Some of them had not been on a bike for over 25 years before they got into this. Most of the people who try it get hooked, and everyone around you will be very welcoming.”

“I do think the physical training helped me at my job. I would run five miles before starting a 12-hour shift. Co-workers would ask me, ‘how do you stay so calm?’

Ripley grew up in a family farm, where early morning wake-ups and hard work were common place. When the chores were done, Ripley went for long runs on Oswego County country roads. She worked as an emergency room nurse for 45 years and won her own fight against breast cancer at the age of 62. She understood endurance, adrenalin and perseverance. She also ran marathons in all 50 states.

“A triathlon, I figured, is something I should do before I die,” she said.

Like Piscitelli, Ripley figured she would only ever do one triathlon. Problem was, Ripley’s first one was finished almost as soon as it started. She didn’t get through the opening swim. Determined to keep the promise she made, Ripley took swimming lessons and continued to run in foot races.

In 2008, Ripley garnered national media attention when she ran her 100th marathon on home turf, in Fulton. But since then she had quietly participated in three to four triathlons per year. She prefers the sprint distance events (16 miles). She trains by running three days per week, swimming four days per week and biking four to five days per week as weather allows.

“I do think the physical training helped me at my job,” she said. “I would run five miles before starting a 12-hour shift. Co-workers would ask me, ‘how do you stay so calm?’

Competing in the 70-74 age group, Ripley has competed in events where she automatically took first place because there was no one else in her category. “It’s nice to win, I suppose,” she said, “but I really like to pass people.”

“It was an out-of-body experience”

–Prior to 2002, Michaels enjoyed the sport from the sidelines, watching her friends compete and volunteering at Iron Man events. From where Michaels stood, the non-stop movement from the water to the pavement seemed too daunting a task — even for someone who grew up running with the boys because her school and college cross country teams did not have enough female runners for a women’s team.

“Yeah, they played to my competitive side to talk me into it,” the Weedsport native recalled. Her first event, 18 years ago, was the half Iron Man event in Tupper Lake. She had no expectations, yet finished high enough to qualify for the full Iron Man event in Lake Placid. She declined the invitation for 2003 but finished first in her age group the following year.

Michaels took advantage of her proximity to Skaneateles Lake and a recreation center pool to improve her swimming. That extra training paid dividends, helping her to improve her times enough to qualify for national- and global-level competitions throughout the United States, Canada, Hungary, the Netherlands and New Zealand. In national events she aims for a finish in the top five. She has finished in the top 18 at national championships to qualify for world events on 10 occasions thus far, though she has not been able to attend all 10 events. Her best race was in Cleveland in 2019. On a hot windy day she was in seventh place as she got off her bike heading into the last phase of the competition. She ran to a third place finish.

“It was an out-of-body experience,” she recalled.

Michaels, who still works part-time as an accountant, has actually seen her overall times improve as she gets older. But with better finishes comes increased pain afterward. In 2019 she switched from Olympic distance events to sprints, and in the coming season she will be placed in the 65-69 age group.

“The pounding of so many miles was getting to me,” Michael said of the longer races. “The sprints should have less wear and tear on an aging body, but with the shorter distances you’ve got to go fast. I like that. But I still ask my friends, when do the wheels fall off?”

Michaels loves the training and the camaraderie, but admits that the competition is her favorite part. Her husband, Lee Michaels, is a former marathon runner and trains with her. Still in great shape at the age of 80, Lee is her role model and an inspiration to keep pushing forward. Since of 2011 she has also used a coach, Eric Prager, to help her avoid injuries.

Michaels’ advice to those who are well into their middle ages and beyond who are interested in triathlons: Don’t go it alone. Train with a friend. And most importantly, come as you are. Everyone is welcome to this sport regardless of their athletic background. The only prerequisite is a positive attitude.

“When you get started,” she said, “you don’t have to have the best bike or all of this expensive equipment. The most important thing is to keep moving as best you can, but you don’t have to be competitive to show up.”