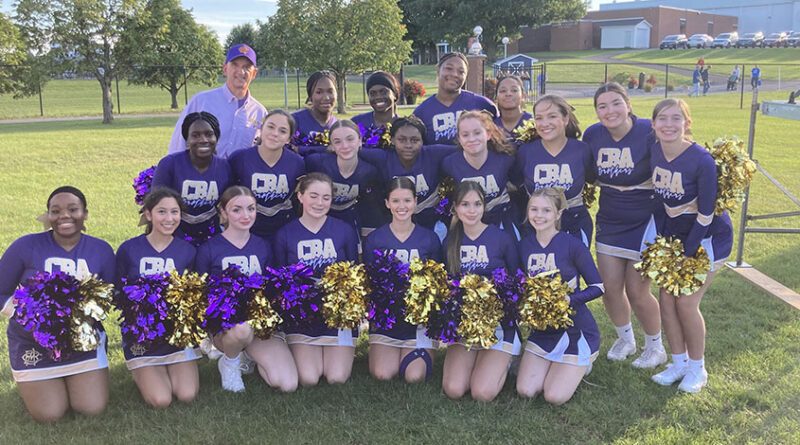 Second act is not much different for Paul Gasparini, who retired after 21 years as a Jamesville-DeWitt High School principal

When Paul Gasparini was preparing to retire after 21 years as the principal of Jamesville-DeWitt High School, he knew he really wasn’t ready to, you know, retire.

He had just turned 59. The youngest of his five children was still in college, not yet 20. He still had bills to pay.

The state retirement system offers financial incentives to encourage educators to retire ­— and it was too good for Gasparini to pass up.

“I could have stayed at J-D for a long time, but it would have made no sense economically,” he said. “I was going to take a consulting gig or a private school gig or something. Stopping work was never in the cards. Before I retired from Jamesville-DeWitt, I knew I was going to be working. I was looking for opportunities before I turned in my retirement papers.”

That opportunity came quickly. After stepping down from J-D on June, 30 2022, he started on Aug. 1 as the principal at Christian Brothers Academy, a private Catholic school only about 10 minutes from where he had been employed for more than two decades.

As a devout Roman Catholic, Gasparini was thrilled when he was hired by CBA.

“I have embraced it,” he said. “I have long wanted to serve my faith community in a meaningful way.”

Most of his life, Gasparani hasn’t strayed too far from Central New York. He grew up in East Syracuse and graduated from East Syracuse Minoa High School in 1981. He earned his bachelor’s degree in history from SUNY Albany in 1985 and a master’s degree, also in history, in 1988.

Then he did stray down to Tennessee, originally to pursue a Ph.D. in history at Vanderbilt University. He had just gotten married and he decided to interview for a job at the Battle Ground Academy in Franklin, Tennessee. It’s a coed private school with students in seventh through 12th grade and it was looking for a history teacher — and a football coach.

“I’m 5-foot-8 and not very fast and I don’t know a ton about football, but I was enthusiastic,” he said.

The school decided to hire somebody else for that position. A week later, however, Gaspirini received another phone call because the school was looking for somebody with another extremely important skill.

“They said to me, ‘Paul, we’d love to have you for a history teacher, but there’s a catch. We need you to know how to drive a bus,’” he said.

Within two weeks, he had gained the necessary certification to drive a bus, and his career was ready to take off, as it were. Every day, after his last-period AP European history class, he drove the 44-mile round trip to Nashville. He put aside his Ph.D. aspirations and went to work. After two years, however, his first child had been born and he was ready to return to Central New York.

In 1993, he earned his certification in education administration from Syracuse University, then he taught history at Skaneateles High School. After that he took his first administrative position, assistant principal at Liverpool High School.

“I was always interested in systems, and the system of education,” he said. “I really liked teaching and I miss being in the classroom at times, but being an administrator, you get the chance to guide the system and that was attractive to me.”

At the ripe old age of 34, he was promoted to principal of Tully Junior-Senior High. He worked there from March 1997 to June 2001. Some of the teachers in the school were older than he was, but he said that was never a problem.

“You have people who have been there a long time,” he said. “They want the principal to do well because it benefits the teacher and the school. I really relied on the guidance and support of the people at Tully. They were very kind and accommodating and helpful to me.”

Around that time, he and his family settled in Fabius, where he and his wife, Jean, remain today after about 25 years. They’ve been married 34 years and are very active in the community.

At the suggestion of a friend, he applied — late in the hiring process — for the principal position at J-D High School. He was hired, and he started there at the beginning of the 2001-2002 school year.

And that began his 21-year J-D journey.

It was a bit of a culture shock because the student body of about 900 students was bigger than the entire Tully school district.

“When I got there (J-D), I was surprised at how small the school was physically,” he said. “One of my great joys was watching the school grow, adding on classrooms, gymnasiums and artistic space.”

Gasparini said his greatest accomplishment was exponentially growing the number of students taking AP courses and exams. When he started, about 85 kids were taking about 120 AP exams; by last year, it was about 400 students taking 600 exams. And, he said, the average scores of test takers didn’t decrease substantially in the process.

As the end of the 2021-22 school year approached, it was time for Gasparini to make another transition — from J-D to CBA. He was no longer the young principal among other teachers. Some of the teachers at CBA are younger than his own children, but that didn’t matter, he said.

“I’ve been working with young people my whole life and I raised five kids,” he said. “It’s not an issue at all for me.”

The more obvious change is now he works in a faith-based school after a career in public education. That hasn’t been an issue for him, either, he said.

“In all my years in public school, we never had a mass in the gymnasium,” he said. “Christian Brothers Academy is a religious school, so faith permeates everything we do, and I’m very cognizant of that.”

But it wasn’t that much different at J-D, he said.

“One of the great things about J-D is we worked with a lot of faith communities. I love that,” he said. “One of the great things we did at Jamesville-DeWitt was to honor and acknowledge Islamic holidays. We worked very hard with our Islamic friends to make that happen. We worked to be very ecumenical at J-D, and I think it was a beautiful thing. There was no problem there. Kids in public schools can display their religious affiliation in a welcoming environment.”

CBA’s enrollment is a little more than 700 students. Gasparini has come full circle from his days at Tully Junior-Senior High School, as CBA, like Tully, has students in seventh through 12th grade.

Outside of school, he serves as the president of Fabius-Pompey Outreach, which oversees the food pantry and provides other services in his community. For Gasparini, it’s another chance for him to act on his faith, as does working as the principal of CBA.

And he says he’s a long way from retiring for good. He was asked, in jest, if he plans to stay at CBA for 21 years.

“Yes,” he said emphatically. “Be sure to quote me on that.”